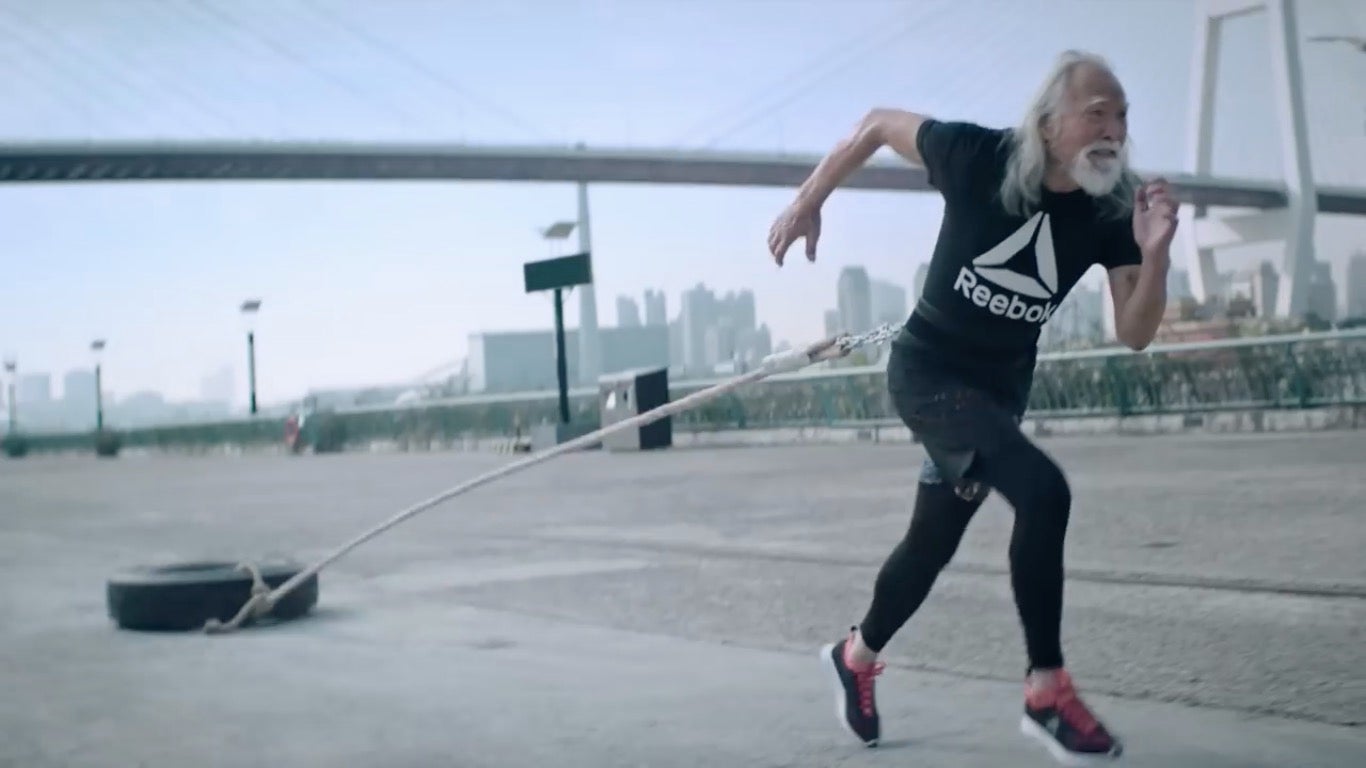 Wang Deshun has been known as China’s hottest grandpa ever since his topless catwalk at the Beijing Fashion Week in 2015. Now, at age 81, the ripped grandpa has signed on to be one of Reebok’s newest brand ambassadors.

He was brought on board for Reebok’s new ad campaign “Be More Human.” Alongside him are two young actors, Wu Lei and Yuan Shanshan.

Wang, an actor and occasional model, says that he did not get into fitness until he was 70 years old.

The elderly who remain physically fit is something of a rare sight; even rarer is the elderly walking on the runway at fashion shows.  If anything, Wang Deshun can serve as an inspiration for both young and old. Alfred Bayle/JB