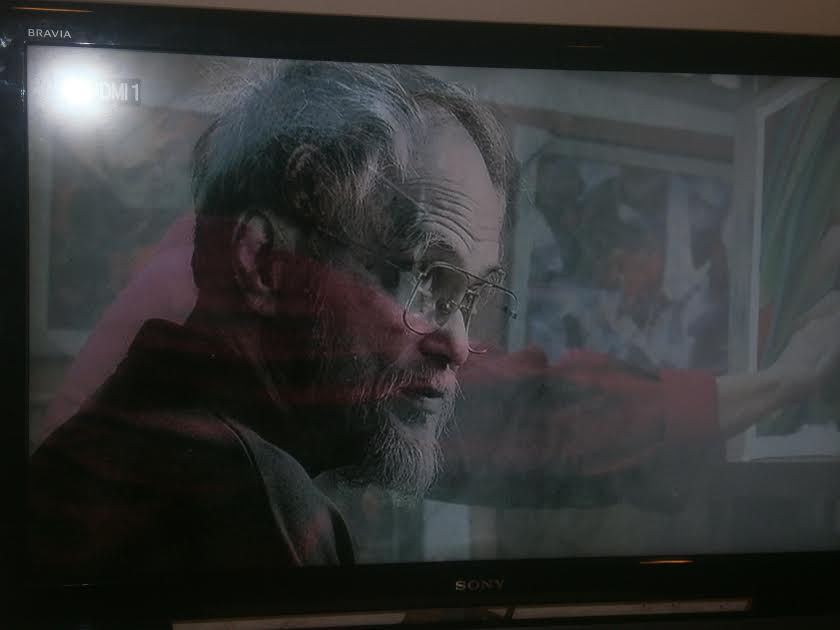 A promenade through the Cesar Legaspi canon

He worked under the shadow of the bombastic Vicente Manansala and the sophisticated man of letters H.R. Ocampo for some time, but Cesar Legaspi perservered and soon came into his own. Then Manansala passed on, and so did Ocampo.

“With Enteng and H.R.O. gone, the attention of the younger artists has shifted to me,” Legaspi told me, somewhat humorously, when I interviewed him many years ago for Celebrity magazine.

And now with his birth centennial, interest in this National Artist (which has always been there) has become more obvious.

There is the somewhat morbidly titled “Lying in State” exhibit ongoing at Cultural Center of the Philippines (CCP) Bulwagang Juan Luna (Main Gallery) until June 4; “A Man and His Relations” show at the University of the Philippines Bulwagan ng Dangal, June 13-Aug. 10; “State of Grace” exhibit, showing the artist’s spiritual awakening at Bank of the Philippine Islands; and authentication and certification activities ongoing until December.

For the whole month of April, there will be LED electronic billboards on the celebration in major thoroughfares like Guadalupe, Quiapo and Laong-Laan. (visit www.cesarlegaspi.org.)

“Lying in State” was billed as a “walk-thru” the works of Legaspi. It was curated by Claro Ramirez Jr. and Eileen Legaspi-Ramirez, a granddaughter of Cesar. Members of the family, including the singer Celeste Legaspi, led the way, with Legaspi-Ramirez giving enlightening commentaries on the background of the works.

The bio-exhibit started outside the Main Gallery, with a video presentation, studies for future paintings, small-scale works, mini-sculptures, the artist’s easel and working tools. Viewers were led into the Main Gallery, where the major paintings and murals were displayed.

There were some curiosities, like a Bataan Death March marker, with images of war accompanied by lights and solemn music. For the student of piano, there was the composition by Ryan Cayabyab, “Short Prelude in Cm,” dedicated to the artist, framed and turned on accidentally, surprising everybody.

Overall, one’s impression was that Legaspi was in love with the human figure, whether female or male, rendered in a diaphanous, cubistic style. The celebrated paintings and murals show figures in triumph, sorrow, conflict, workers toiling or in repose.

Some of the works were commissioned by Malacañang Palace during martial law.

As Legaspi-Ramirez put it: “Such commissions were not always unproblematic, as seen in the particular case of Imelda sending back a portrait in which she preferred her hair rendered more goddess-like and her feet more delicate-looking.”

No wonder Cesar Legaspi did not become a National Artist until the administration of Corazon Aquino, who declared: “We in government do not intend to use artists for our own ends. This was done by the dictatorship that was overthrown by Edsa.” —CONTRIBUTED