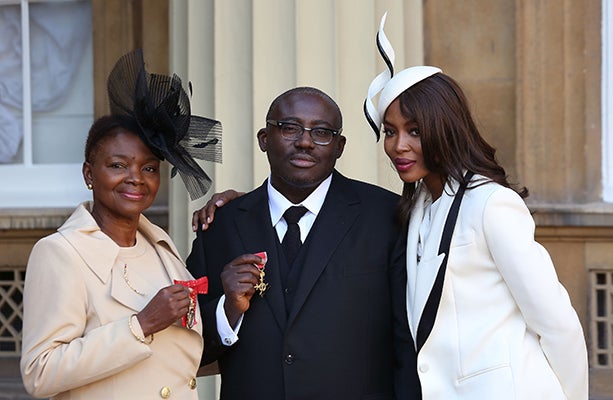 Enninful, a close friend of British supermodel Naomi Campbell, will replace Alexandra Shulman, who is stepping down on August 1 after more than 25 years.

He was born in Ghana, brought to London as a child, and was scouted as a male model aged 16 before becoming the youngest editor in the industry when he was named fashion director of i-D magazine in 1991 aged just 18.

Enninful has already worked at Vogue’s Italian and United States editions. He has been the creative and fashion director of the U.S. style magazine W since 2011.

According to Jonathan Newhouse of Conde Nast International, Enninful is “an influential figure in the communities of fashion, Hollywood and music which shape the cultural zeitgeist.”

Enninful was named fashion creator of the year by the British Fashion Council in 2014, and was also honored last year by Queen Elizabeth II. JB

Why Stylist Edward Enninful Deserves to Be British ‘Vogue’ EIC