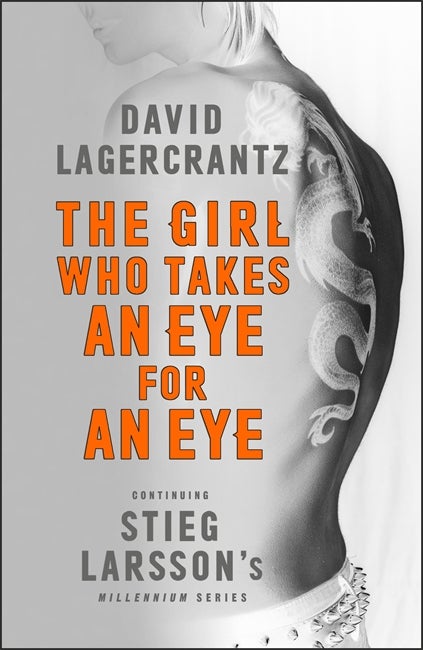 The latest installment in the continuation of Stieg Larsson’s Millennium series is due out in September, and the book’s publisher in the United Kingdom has just revealed the title as “The Girl Who Takes an Eye for an Eye”.

The upcoming book—whose title was revealed in a tweet from Quercus Books that also read “Lisbeth is back with a vengeance on 7th September”—is written by Swedish writer David Lagercrantz, who was also behind the fourth installment in the Millennium series. That book, released in 2015, was the first to continue on from the original trilogy penned by Larsson.

“The Girl Who Takes an Eye for an Eye” finds Lisbeth Salander attempting to solve the mysteries of her early life. Safely confined in a women’s prison, she is visited each week by the journalist Mikael Blomkvist, whom she sends to visit a Stockholm stockbroker with a connection to her past while dealing with racial and religious conflicts in the community around her.

The book will go on sale in 26 countries on September 7, including its native Sweden, where the original title—”Mannen Som Sökte Sin Sugga”—translates to “The Man Who Chased His Shadow”. JB

‘Girl with the Dragon Tattoo’ sequel confirmed for October 2018