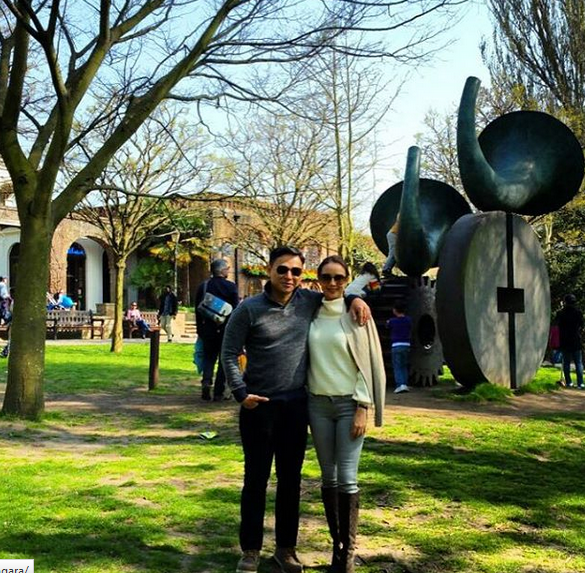 Gov’t execs take a break from politics this Holy Week

Tech-savvy politicians took to Instagram to share how they are spending their Holy Week break from politics.

Quezon city Rep. Alfred Vargas shared this photo of him with his wife Yasmine and two daughters in Bali, Indonesia.

The former GMA-7 actor now congressman who recently appeared in the latest season of Encantadia earlier showed his dad bod with his daughters as seen in this photo posted by Yasmine.

Senator Joel Villanueva was also abroad with his family and had a dose of history in Ho Chi Minh, Vietnam, where he had a photos taken in the Independence Palace and Cu Chi Tunnels.

Here at Dinh Doc Lap or the Independence Palace, one of the most famous landmarks in Ho Chi Minh City & was home & workplace of the President of South Vietnam from 1967 to 1975. This is also the site of the end of the Vietnam War aka the Fall of Saigon when North Vietnamese Army tanks crashed its gates & took over the government. #wheninvietnam #familyfun #bondingwithhistory #Vpositive

The amazing Cu Chi Tunnels here in South Vietnam This underground community made up of 250km of tunnels & were dug w/ simple tools & bare hands during the French occupation in the 1940s, & further expanded to 3 levels during the Vietnam War in the 1960s to provide refuge & a defensive advantage over the American invaders. Despite the bombings, they were able to live beneath the soil, where they slept, ate, planned attacks, healed wounded guerillas, & educate their children, but over 10,000 lives were lost here. #respect #dedication #courage #patriotism #Vpositive A post shared by Sen Joel Villanueva (@joelvillanueva) on Apr 11, 2017 at 3:13am PDT

Senator Sonny Angara went to London with his wife Tootsie and children where he had pictures in the Oxford University, Kew Gardens, and the Kensington Gardens.

Muntinlupa Rep. Ruffy Biazon showcased his photography skills and his “self-feet” on the beach.

Getting lost in #Tuscany #CHtravels #chizheart A post shared by Love Marie Ongpauco Escudero (@iamhearte) on Apr 13, 2017 at 1:42pm PDT

Senator Franklin Drilon did not just spend a vacation with his family in Rome, Italy. According to this Instagram post of his daughter Liza Drilon Luna, the senator also renewed his marriage vows with wife Mila at the Lithuania Capilla Grotte in the Vatican.

Renewal of Vows of Papa & Tita for their 20th Wedding Anniversary at the Lithuania Capilla Grotte in the Vatican. #CLLunaTravels @bigmandrilon @miladrilon