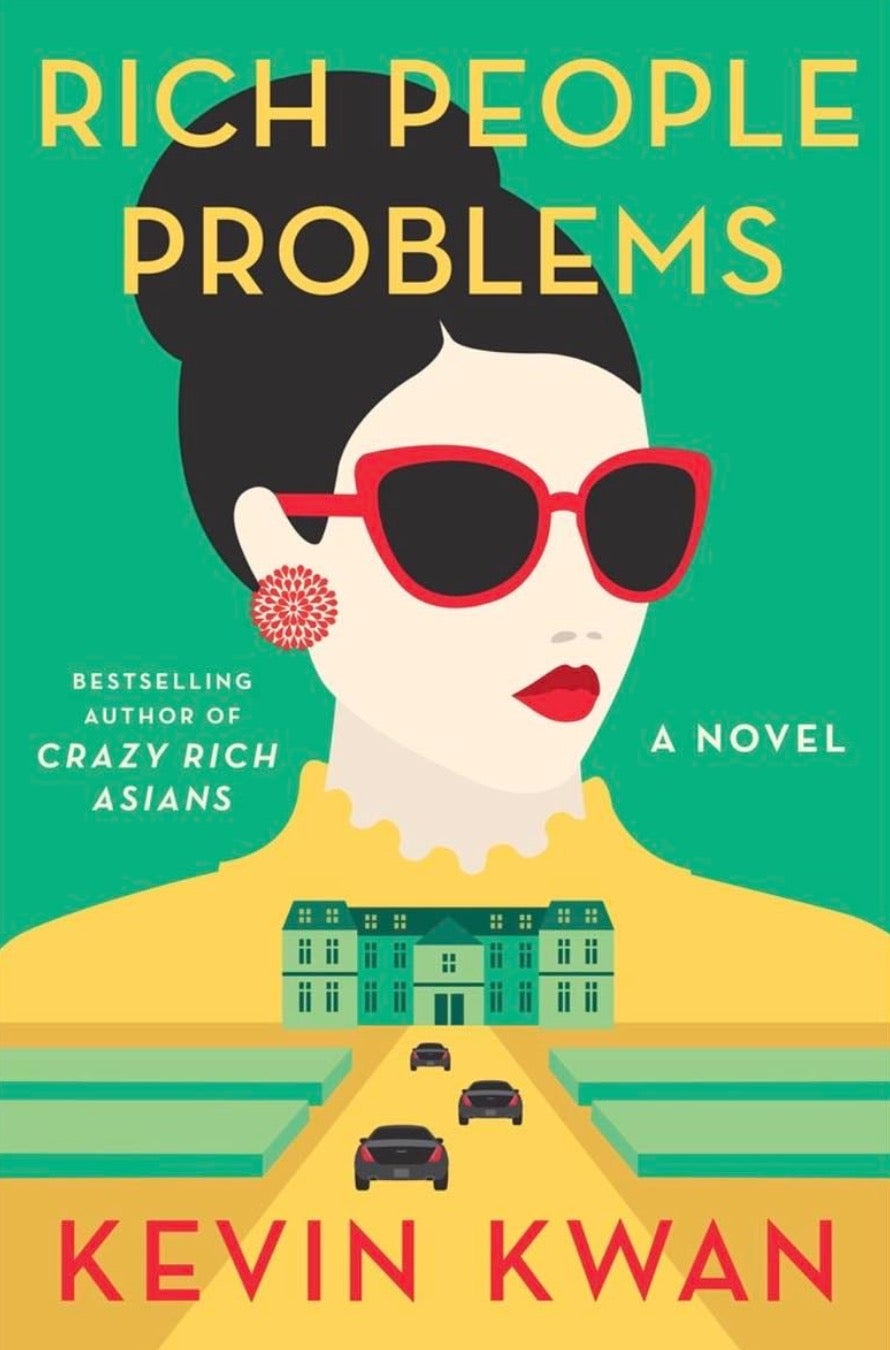 When you spend $9.5 million at Chanel and you don’t even get an invite for a front-row seat at the collections;

When you finally get an invite to Davos, “the most elite schmoozefest in the planet,” and you’re given just the official delegate badge, not the “most coveted badge,” the likes of which you’ve seen only on Bill Clinton;

When you can afford to buy the largest private estate in Singapore and your net worth is probably many times over its aristocratic owners, and they still look down on you because you’re new money.

If you’ve encountered predicaments not nearly like any of these situations, then, darlings, you just have problems, not rich-people problems.

The story in this final installment to the “Rich” trilogy revolves around the battle for Tyersall Park, Singapore’s largest private estate, as Su Yi, the matriarch, lies on her deathbed, still estranged from her once-favorite grandson and previously presumed heir, Nicholas Young.

The first two books painted an ultra-exclusive picture of this estate that most citizens of the city-state don’t even know exists: Its old-rich owners are famously very discreet.

The carefully built wall that closely guarded the privacy of the Young-Shang-Leong-T’sien clan, however, is about to come crashing down in the wake
of a sex-video scandal and a $5-billion divorce.

Then, there’s all the scheming of the shrewdly ambitious and oddball character Edison Cheng, who’s bent on making sure Nick never reconciles with their dying grandmother, thus ensuring he’s named heir to Tyersall Park.

Only male heirs, after all, could inherit the estate, owing to a “warped mash-up of archaic Chinese customs and the British rules of primogeniture,” as Nick puts it. With Nick out of the picture, Eddie’s only rival left is his weak brother Alistair—the Leong cousins are automatically out, since they’re far wealthier on their father’s side—whose Hong Kong starlet ex-girlfriend, Kitty Pong, is now married to billionaire Jack Bing, China’s second richest man.
Multimillion-dollar couture

Kitty Pong Bing is busy living it up, as she goes on multimillion-dollar couture shopping trips to Paris, with three private jets at her disposal. She’s also hustling to erase all signs of stepdaughter Colette Bing in the Shanghai mansion that played a central role in “China Rich Girlfriend,” by redecorating it top to bottom.

While Kitty stages her radical persona makeover, Colette steals her thunder and stages her own—by marrying an environmentalist English earl, making herself a duchess with a noble purpose in the process, thus erasing all hideous memories of her previously spoiled and homicidal life.

Ah, the juvenile pettiness, if seemingly one-sided, between these two! It feels like high-school drama, only involving lavish Giambattista Valli couture!

“Rich People Problems” is a nice prelude to the “Crazy Rich Asians” movie, which is now in the middle of casting (with the likes of Michelle Yeoh and Constance Wu confirmed for the project). It not only delves into the antics of its mega-rich characters and their often nouveau riche ways (it’s not titled “Classy People Problems,” after all), but also provides a back story for Su Yi and, ultimately, Tyersall Park.

It also gives a voice to the servants who devote their entire lives to their wealthy masters: there’s Ah Ling, who left China at 16 and practically gave up a life for herself to serve the Youngs for over six decades.

Then there are the lesser blood relatives who serve them, like Ah Tock, who owns a luxury concierge service whose job involves, for instance, finding a face-lift doctor for a client’s pet arowana, or shipping volumes of a particular brand of Swiss bottled water, the only kind his clients drink.
There’s also Oliver T’sien, who works at Christie’s, but is also Kitty’s all-around yes-man.

Kwan, who was in Manila in 2015 to promote his second book, seemed to have made good friends from the Manila House set (pre-Manila House, of course) that he had woven some thinly disguised Filipino characters into the story: “host with the most in Manila” Diego San Antonio, gossip columnist Tommy Yip, “social dynamo” Doris Hoh, China Cruz who lives in a “divine mansion in Dasmariñas,” Chris-Emmanuelle Yam (in an apparent nod to his hosts from that trip, the Yam-Daezes of Fully Booked).

(On Kwan’s 2015 visit, fashion entrepreneur Christine Dychiao posted on social media that he had complimented her Neil Felipp minaudiere at a tête-à-tête.)

Kwan also takes his readers to Palawan, which he had visited, for an Astrid Leong substory.

“Rich People Problems” nicely ties with a gilt bow the saga that told of the hyperbolized lives of Asia’s filthy rich. Kwan had readers so enthralled by these rarefied lives and extraordinary situations—captivating because they seemed so inflated, so made up, they were outrageously comedic.

If you have never come close to being in, or even witnessing such events, it’s easy to dismiss them as puffed-up accounts of fiction. Kwan, of course, had said in interviews that these were not fabrications, that they wouldn’t go in his books unless they really happened.

Whether you believe him or not, you would happily hop on that private-jet, Dom Perignon-swigging ride.

“Rich People Problems”
By Kevin Kwan
2017, Doubleday
398 pages
Available at Fully Booked from end of May