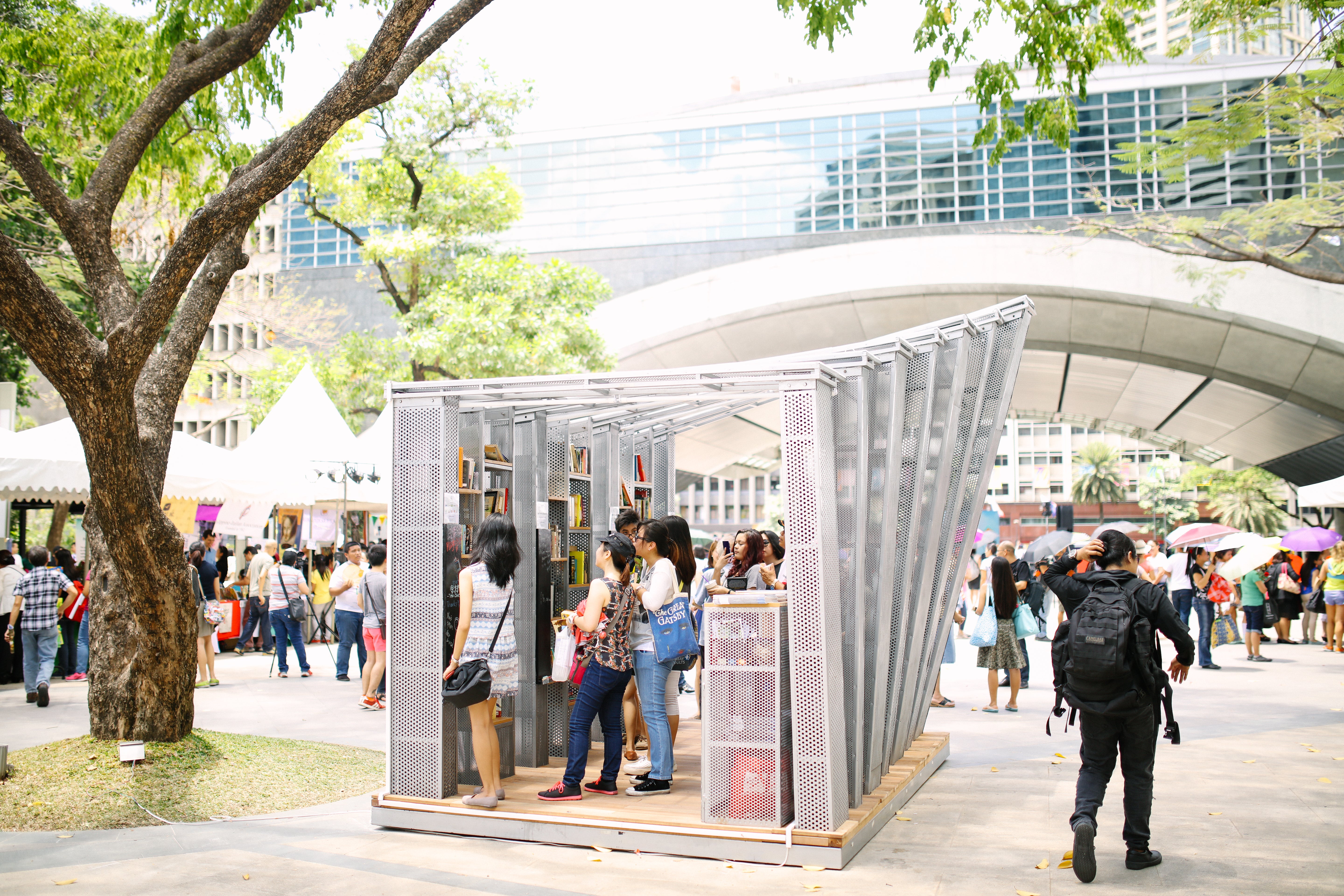 Hola! Instituto Cervantes de Manila will be holding the Día del Libro book festival on April 22. The outdoor Spanish fiesta will be at Ayala Triangle Gardens in Makati City.

In the Philippines, Día del Libro is traditionally held on a Saturday, so this year it would be on April 22, 10 a.m.-10 p.m.

Go early and score free books from the Instituto Cervantes booth, or buy them on sale from partner publishing houses.

Check out the classical art exhibit curated by The Prado Museum, then cap the evening with a glass of sangria while listening to the soothing sounds of the Manila Symphony Orchestra.

Madrid said this is going to be the most exciting Día del Libro, “since the annual program has been making Spanish culture more accessible to Filipinos, previous participants usually go back with their loved ones and friends, making Día del Libro a growing outdoor party for book lovers—with Spanish food.”

1 Manila Symphony Orchestra concert. There will be no J. Lo or Shakira, but prepare to get mesmerized by the orchestra’s Spanish and Filipino repertoire at 7 p.m.

2 “El Museo del Prado Filipinas” art exhibit. Also called “The Prado Museum on the Streets of the Philippines,” the show will mount 50 high-definition prints of masterpieces from Prado Museum in Madrid. Highlight would be the reproduction of “Cleopatra,” a painting by Juan Luna which won a silver medal in the 1881 Exposición Nacional de Bellas Artes (National Exposition of Fine Arts) in Madrid.

3 Book swap at The Book Stop. The Book Stop is a traveling popup library designed by WTA Architecture & Design Studio. It returns this summer to Ayala Triangle Gardens for Día del Libro, and the same rule applies: To get a free book, one must leave a book—any book—on the shelf. Last year, we found an array of comic books, craft books and travel guides waiting for new owners.

There will be book launches throughout the day: “Layag: European Classics in Filipino,” a compilation of European short stories; “The Silver Way,” a book on the history of the Manila Galleon co-authored by Juan José Morales; “Flora de Filipinas,” a book on Philippine flowers by the late Augustinian botanist Fr. Manuel Blanco.

5 “Gonzalo Rojas y la Literatura”—an exhibit celebrating the works of Chilean writer Gonzalo Rojas. The Embassy of Chile will be holding poetry readings, contests and games to introduce the works of the Latin American poet to new readers.

6 “Don Quixote de La Mancha” writing chain. The first 500 volunteers will be given two minutes each to rewrite by hand the Spanish classic by novelist Miguel de Cervantes; they will receive a red rose as a token afterward. The final handwritten copy will be turned over to the Instituto Cervantes library.

Join the contests for a chance to win a trip to Spain, sponsored by Turkish Airlines.