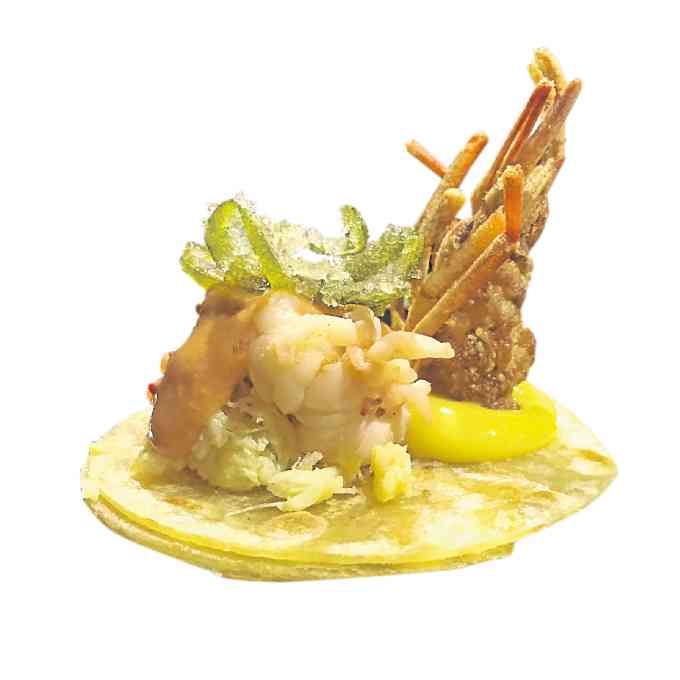 The third installment of the much anticipated gastronomy congress called Madrid Fusión Manila came to an end two weekends ago. And, like the events of the past two years, the regional lunches organized by the Department of Agriculture again generated buzz and provided the ultimate dining experience for over 500 guests daily, with over 25 seasoned chefs preparing inspired dishes that highlighted the Philippines’ sustainable ingredients.

Day one was all about heirloom rice, which gives local farmers a stable livelihood, since it can withstand climate change and environmental diseases.

The lunch featured balatinaw, a black/violet glutinous grain from Mountain Province; innawi, a white variation of the tinawon from Banaue; lasbakan, a red/brown rice from Benguet; and chong-ak, a brown, oblong-shaped grain from Kalinga.

The chefs had fun playing around with these rice species, and turning them into sweet, savory dishes.

Raul Bolledo (The Test Kitchen MNL) fermented and served it with ox tail and onion mousse, while David Cruz and Paul Samson (5060 Bar and Restaurant) made rice balls stuffed with kesong puti and catfish. Dedet dela Fuente-Santos (Pepita’s Kitchen) used the rice twice: as stuffing for roasted pig and in her duo of sauces.

The pastry chefs created quite a spectacle with a fancy art wall where kipil pockets with pili praline and black rice mochi lollipops hung, for guests to grab and enjoy. Miko Aspiras (Le Petit Souffle, The Workshop), Kristine Lotilla (Freezerburn), and Peachy Juban (Shortcrust) collaborated on a range of desserts, mostly made with rice and its byproducts like wine and flour, and displayed them on an installation resembling the Banaue Rice Terraces.

The chefs handpicked for the second day were challenged to use often discarded animal parts to compose their menu. Given that nose-to-tail cooking is trending worldwide, items such as pork tongue and chicken throat were showcased in delicious dishes like never before.

Jay Angeles (No Reservations) interpreted the Ilocano delicacy dinakdakan with beef tongue, smoked liver and pig’s brain. Kalel Chan (Raintree Group) reinvented taho by infusing it with the familiar flavors of dinuguan. Niño Laus (Ninyo) made the street snack betamax by marrying chicken blood with cacao. And Patrick Go (Black Sheep) came up with a skewer composed of pork tongue, ears and cheek.

Francis Lim (Tipple and Slaw) relied on various parts of a goat to make terrine, while Mikel Zaguirre (Locavore) wowed the crowd with his unique take on kare-kare, using a three-nut puree and balaw-balaw.

The last day showcased corn in creative ways. Margarita Forés (Cibo) used it for her ukoy with seared bagaybay, as well as her piadina, which acted as nest for sautéed river prawns.

Mark Tan (Hibana) made pottage using sweet corn, miso and spiny lobster and transformed it into a sphere that burst in the mouth; and another dish that paired fermented purple corn with pork jowl confit.

As abundant as the food was the overflowing amount of creativity, talent and inspiration displayed by the chefs, restaurateurs and entrepreneurs. Needless to say, everyone ate really well. —CONTRIBUTED