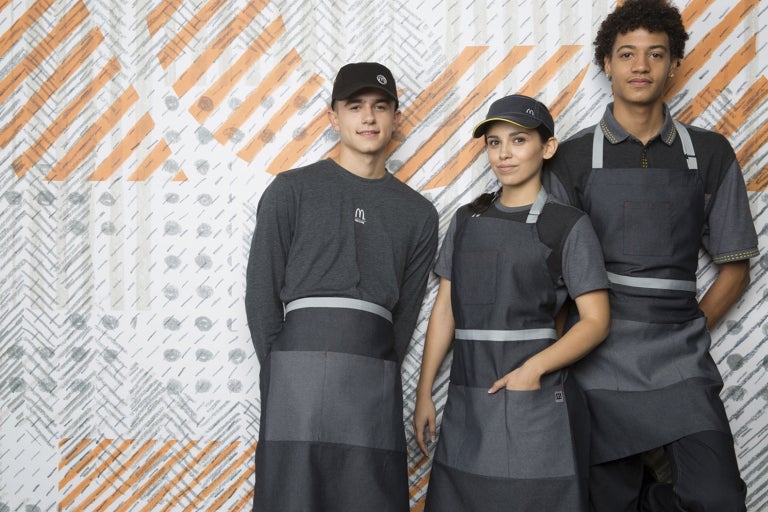 The fashion police on Twitter is reacting to McDonald’s new staff uniforms, calling the gray and black motif depressingly dystopian “Hunger Games” rip-offs. On the other hand, McDonalds employees reportedly like it.

The critiques have been coming fast and furious on social media for the new McDonald’s uniforms, which were designed by two influential American designers-to-the-stars Waraire Boswell and Bindu Rivas.

While McDonald’s calls the “collection” modern and contemporary, the internet had other things to say about the new look which will be seen on the chain’s 850,000 restaurant employees across the United States this month.

From evil “Star Wars” employees, to characters out of the “Hunger Games”, the internet has been calling the new monochrome uniforms creepily dystopian.

Some found similarities to characters from “Logan’s Run,” and others still to “1984.”

Despite the online fashion police’s reactions, majority of McDonald’s employees reportedly approve of their new look.

McDonald’s says that more than 70 percent of restaurant employees surveyed liked the new uniforms, for providing a “modern image.”

“Our new collections focus on comfort, fit, functionality and contemporary professionalism, delivering a uniform that crew and managers will feel comfortable to work in and proud to wear,” said Jez Langhorn, McDonald’s senior director of human resources. “Beyond that, it’s another step in the company’s continuous effort to raise the bar by investing in people and improving the restaurant experience with a focus on hospitality.” JB