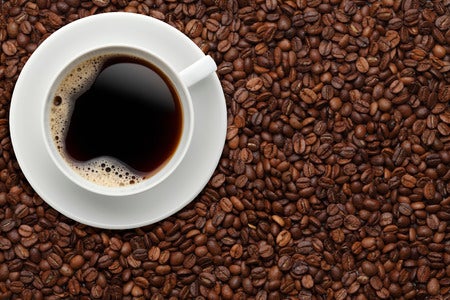 New European research, published this week in the International Journal of Cancer, has added to the growing body of evidence that coffee can have a protective effect against prostate cancer.

Carried out by the Department of Epidemiology and Prevention – I.R.C.C.S. Neuromed, Italy, in collaboration with the Italian National Institute of Health and the I.R.C.C.S. Istituto Dermopatico dell’Immacolata of Rome, the study shows that three or more cups of coffee a day can lower prostate cancer risk — as long as it is prepared the Italian way.

Many previous studies have not only shown that coffee can lower the risk of prostate cancer but also other types of cancer and conditions such as multiple sclerosis and heart disease.

However, George Pounis, first author of the paper, noted that so far the evidence of coffee’s health benefits has been considered insufficient to draw firm conclusions, with the team aiming to find out more and provide a clearer answer in their current research. For the new study, 6989 men from the Molise region of Italy were observed for an average of four years.

The team analyzed their coffee consumption habits and compared them with prostate cancer cases occurring over time, finding that those who drank more than three cups of coffee a day benefited from a 53 percent reduction in their risk of developing prostate cancer.

The team also tested coffee extracts on prostate cancer cells in lab studies, looking at both caffeinated and decaffeinated varieties.

Here they found that caffeinated coffee extracts significantly reduced cancer cell proliferation – an increase in the number of cells as a result of cell growth and cell division – and metastasization – where cancer cells spread throughout the body. The same effect was not seen with decaf coffee.

Although in previous studies it has been unclear which compounds in coffee are responsible for its protective effect, the team concluded from their current research that the beneficial effect is most likely due to caffeine, rather than the many other substances contained in coffee.

However, for those wanting to reap the health benefits from their regular cup of joe, Licia Iacoviello, head of the Molecular and Nutritional Epidemiology Laboratory, pointed out that, “We should keep in mind that the study is conducted on a central Italian population. They prepare coffee rigorously, the Italian way: high pressure, very high water temperature and with no filters.

This method, different from those followed in other areas of the world, could lead to a higher concentration of bioactive substances. It will be very interesting, now, to explore this aspect. Coffee is an integral part of Italian lifestyle, which, we must remember, is not made just by individual foods, but also by the specific way they are prepared.”