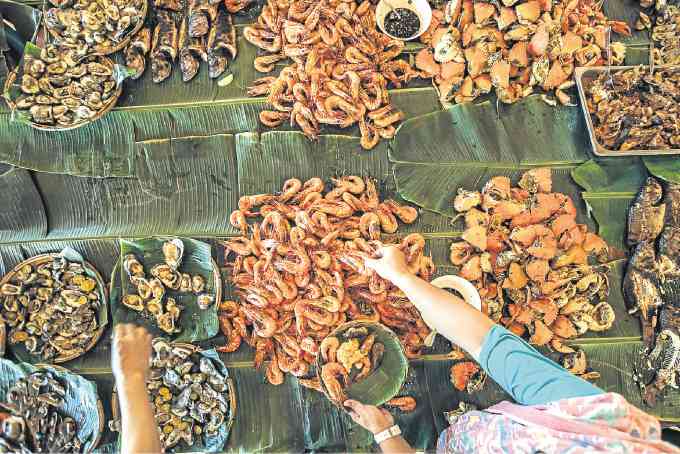 Mounds and mounds of seafood such as prawn, talaba and other shellfish were served during Capiztahan, the annual fiesta of Capiz province on Panay island in Western Visayas late last month.

The fiesta marked the 116th anniversary of the founding of the civil government of Capiz.

Tagging itself as the Seafood Capital of the Philippines, Capiz served up dishes from its marine bounty and more.

Because of its brackish waters, Capiz has abundant marine life. Its growing economy relies heavily on seafood trade and business.

During the Sadsad streetdance festival, the dances and floats incorporated marine creatures such as shrimp, jellyfish and crab as well as mythical creatures from the sea.

Traditional musical instruments were played, such as the cañones and banduria.

The three-day celebration was led by Capiz Gov. Antonio del Rosario and participated by the 16 Capiz municipalities, which exhibited their arts and crafts and key commercial products during the trade fair.

There was an outdoor bazaar and a night market which kept shoppers busy and added to the festive mood.

Capiztahan was supported by the National Commission for Culture and the Arts.