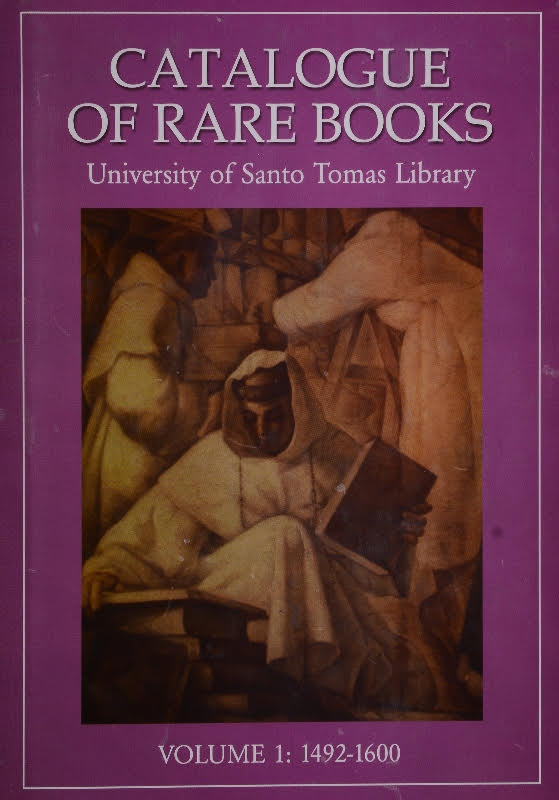 Publishing coup of the millennium 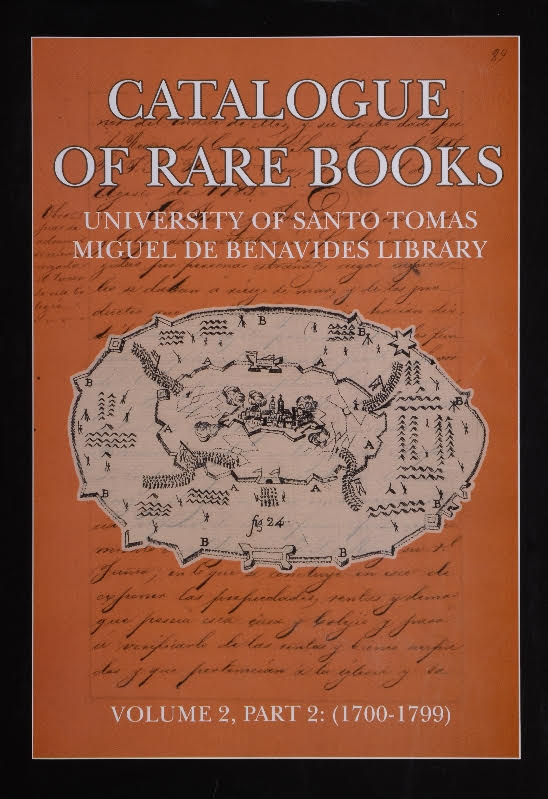 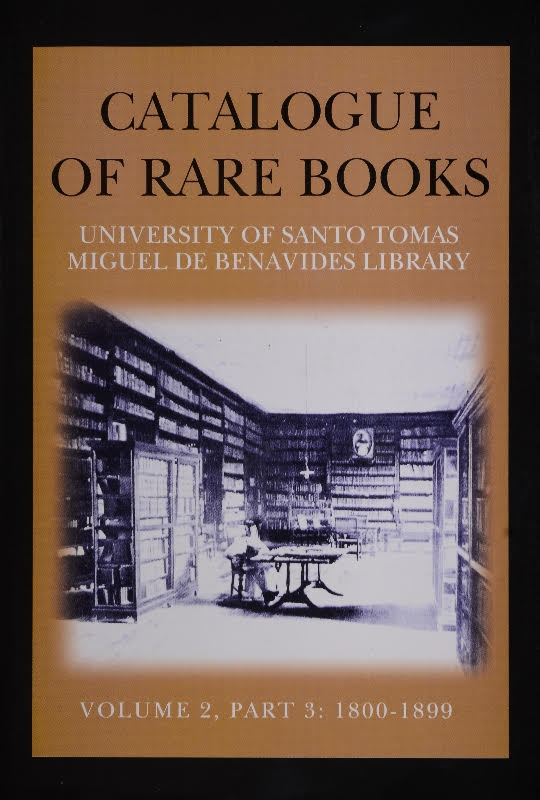 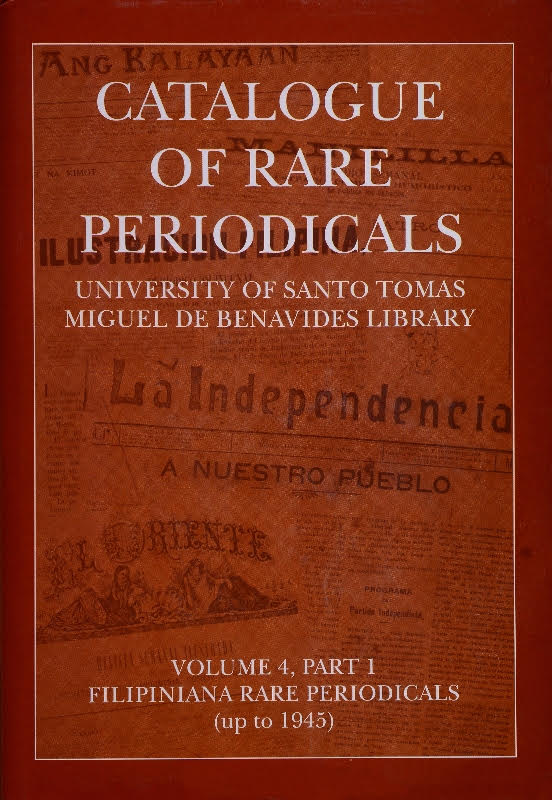 The publishing coup of the year and perhaps of the years to come will take place on May 5 at Edsa Shangri-La when the University of Santo Tomas (UST) and UnionBank of the Philippines launch the multivolume catalogues of rare books and priceless historical collections of the UST Miguel de Benavides Library and Archivo de la Universidad de Santo Tomas (AUST).

Fr. Angel Aparicio, OP, UST prefect of libraries and a biblical scholar who trained at Ecole Biblique et Archeologique of the French Dominicans in Jerusalem, has titled the formal launching ceremonies “Semper Lumina,” “always or forever the light.”

The collaborative project among UnionBank, UST library and AUST follows through “Lumina Pandit,” the international exhibition of rare books and historical collections of UST in 2011, when UST celebrated its fourth centenary as Asia’s oldest university.

“Lumina Pandit” means “spreading the light,” and the exhibit of the rich collection of scholarly, typographical, archival, natural and cultural heritage artifacts   illustrates how the Pontifical University, according to Father Aparicio, had been spreading all these centuries “the light of knowledge and wisdom.”

“Semper Lumina,” which has an exhibit component, too, follows through “Lumina Pandit.”

“Semper Lumina is a sustainable project of the Miguel de Benavides Library and the university archives in collaboration with UnionBank aiming at the preservation and sharing of the university’s priceless collections to a wider world,” the Spanish Dominican friar explained. 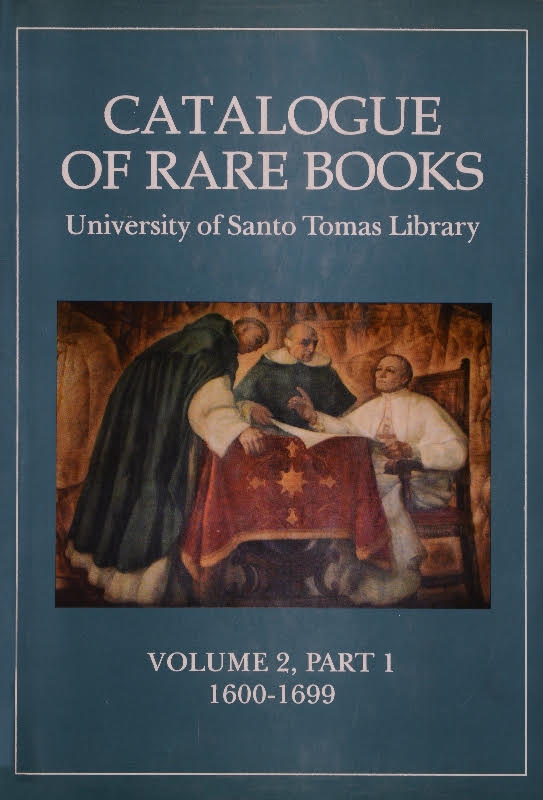 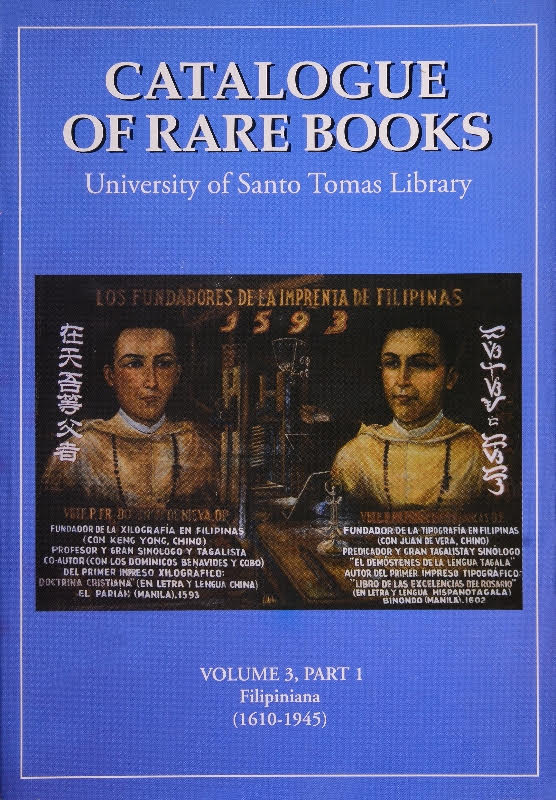 The catalogues are very extensive. Volume 1 contains the 466 entries covering UST’s holdings of incunabula (book printed before 1500) and key 16th-century works, such as Copernicus’ work on the heliocentric theory and the very rare Plantin Polyglot Bible.

The entries were made by Americans Leila M. Maynard and Robert M. Strong when they were internees in the Japanese concentration camp in UST during the war. The very informative 241 reports they made of key entries from the collection disclosed the priceless typographical and intellectual treasures held by UST since its foundation in 1611.

Volume 2 has to be divided into three parts because it covers the historical collections of UST for three centuries since its foundation: Part 1 has 1,068 entries; Part 2—1,551; and Part 3—3,248! General editor is Father Aparicio.

Of course, included in the UST Library’s 19th-century collection is the first edition of José Rizal’s “Noli Me Tangere.” (UST has two other copies of the original edition—one in AUST and another in its museum).

But the library catalogues are not by any means complete, said Estrella Majuelo, UST chief librarian and co-editor of the catalogues. “The transfer of books from other places, especially the [UST] Fathers’ Residence [to the Library], has not been easy,” Majuelo explained. “It is therefore expected that there will still be books belonging to the 19th, 18th and 17th centuries and even the 16th century [left uncatalogued]. These we intend to publish in a ‘supplement’ volume.”

There are separate catalogues for the Archives of UST.

Catalogues 1 and 2 consist of records at the AUST. The original catalogue, like the first catalogue of rare books by Maynard and Strong, was initiated also during the Japanese Occupation, “in angustia de temporum” (in the anguish of the times), by Fr. Gregorio Arnaiz, OP, archivist of the Holy Rosary Province of the Spanish Dominicans.

Fray Arnaiz was later joined in the work after the war by Fr. Felix Vacas, OP, a postwar UST archivist.

Fr. Fidel Villarroel, OP, a familiar name in Philippine historiography, but perhaps more famous for having done the positio or the historical spadework and inquiry that resulted in the beatification and canonization of Lorenzo Ruiz de Manila and companion martyrs, took over as UST archivist in late 1959 still fresh from his history studies at University of London.

He became the longest-serving UST archivist, from 1959 to 1991, and he respected the indexing system of Fathers Arnaiz and Vacas while introducing new ones for updating.

The system that divides the AUST into three general sections—Becerros (broadly speaking, student records); Libros (printed works and manuscripts dealing with the life of UST and its professors); Folletos (academic pamphlets and even scholarly works by the faculty and alumni)—has been largely preserved in Catalogues 1 and 2 as published.

According to José, the most interesting documents in Catalogue 1 are those related to the first two centuries of UST, such as the Foundation Act of 1611, Libros de Piques, and documents in baybayin, that is, ancient pre-Hispanic Philippine scripts.

Items from the Libros and Folletos in the catalogues are a rich research mine, said José.

“There are close to 800 titles, printed from 1516 to 1944, in places like Paris, Mexico, Macao and, of course, Manila,” explained José. “There are many splendid examples of Manila printing and engraving, especially from the 18th and early 19th centuries. There is an early case of absolution granted to a dying person out of his senses [Manila, 1620s]; also Mabini’s 1898 Decalogo.”

The absolution document and the decalogue will be exhibited during the May 5 launch, along with the UST baybayin scripts (1623), recently declared a National Culture Treasure by the National Archives; and a late 17th-century copy of the 1582 Manila Synod convened and presided by the Dominican Bishop Domingo de Salazar, the first bishop of Manila.

The preservation and perpetuation of the UST historical collections have been boosted by UST’s collaboration with UnionBank, which has enabled the importation of a high-grade leaf-casting machine that has already cleaned, restored and preserved, and even saved from complete disintegration several rare books in advanced state of decrepitude.

Restoration and conservation have also aided in the digitization of the collections, again funded by UnionBank. Also to be launched on May 5 is the UST Digital Library (digilib.ust.edu.ph). It can be accessed by researchers and everyone, said Father Aparicio.

In one of his forewords to the massive multivolume work, Father Aparicio quotes Erasmus, one of whose celebrated works is part of the UST Library’s 17th-century collection, complete with censorship marks: “Herculean” should “belong in the highest degree to those at least who devote their efforts to restoring the monuments of ancient and true literature.”

But when the sage of Rotterdam said that, the discovery of the New World was barely two generations old, and he could not have anticipated the difficulty of preserving works of literature in the Americas and the Philippines, where tropical conditions seemed to belie Christ’s injunction in the Sermon on the Mount against storing up one’s riches in this world, “where moths and rust corrode.”

To be sure, intellectual treasures like books hardly have a place in tropical countries where heat and humidity, termites and pests, disasters and other vicissitudes, natural or historical, militate against preserving records and monuments of the intellect.

But UST, which really started with the donation by Archbishop Miguel de Benavides of his library collection (thus the UST library is strictly speaking, older than the university), has belied all of this.

“The dilapidated books in our collection have nourished the minds of countless generations of Filipino students,” Father Aparicio said. “Their stories are the blood that flowed through their hearts; the reason why they dared to think and act as they did. The quintessence of the life of our nation is unmistakably bound to these books.”