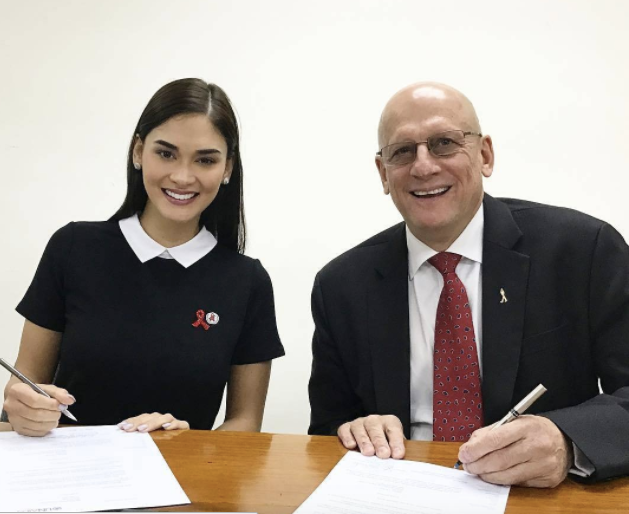 LOOK: Pia Wurtzbach is UNAIDS ambassador for Asia and the Pacific

Miss Universe 2015 Pia Alonzo Wurtzbach on Wednesday made her debut as goodwill ambassador of the Joint United Nations Programme on HIV/AIDS (UNAIDS).

Wurtzbach took to Instagram to share a photo of her with Steve Kraus, UNAIDS director for Asia and the Pacific, during her launch as ambassador at the Ateneo de Manila University.

“Finally its official! I will be working with UNAIDS as their Goodwill Ambassador for Asia and the Pacific. To help raise awareness on HIV/AIDS and see the end of AIDS by 2030. Join our campaign by using the hashtag #LIVE2LUV and don’t forget to get yourself tested!” Wurtzbach wrote.

Wurtzbach has adopted raising HIV/AIDS awareness as her advocacy when she was crowned Miss Universe in 2015.