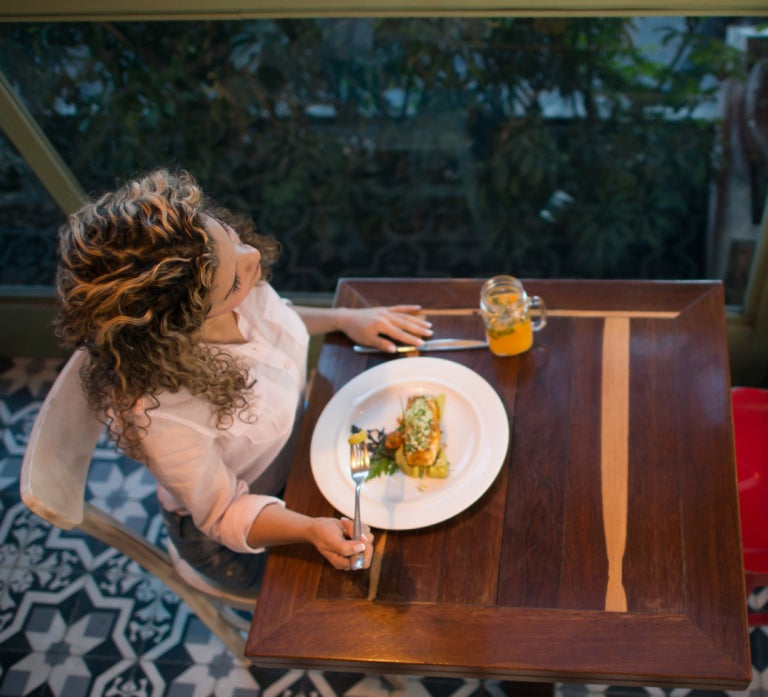 Table for one: Solo dining trend is rising in Europe

People are eating alone more than ever, with 30 percent of European restaurant visits in 2016 made by solo diners.

Thanks in part to their constant companions—mobile phones, tablets and other assorted digital devices—consumers have fewer hang-ups about dining on their own and are content to use their phones as their dinner companion, say analysts from The NPD Group.

The report also notes that while overall restaurant visits across Europe dropped 3 percent over the last six years, the solo dining trend gained momentum, adding the equivalent of 138 million more visits between 2010 and 2016 and marking a rise of 9 percent.

The meal time where consumers are most likely to eat on their own? Breakfast, which sees 50 percent of the solo dining demographic.

That drops to 30 percent at lunch, when many workers nosh at their desks or head to their nearest fast food joint, and 15 percent for dinner, traditionally the most leisurely meal time when asking for a table for one may be more intimidating.

The report also found that 40 percent of solo diners come from the 18 to 49 years old demographic.

Analysts attribute the growing trend to several factors, ranging from our increasingly harried, nomadic, and mobile lifestyles, and the subsequent blurring of dedicated meal times.

Regionally, the report found that the United Kingdom and France have both seen a 10 percent rise in solo dining over the last six years. Germany, Italy, France and England are also in line with global trends, with 30 percent of restaurant visits made by solo diners.

The European country to buck the trend is Spain, where the habit has yet to take substantial hold. JB