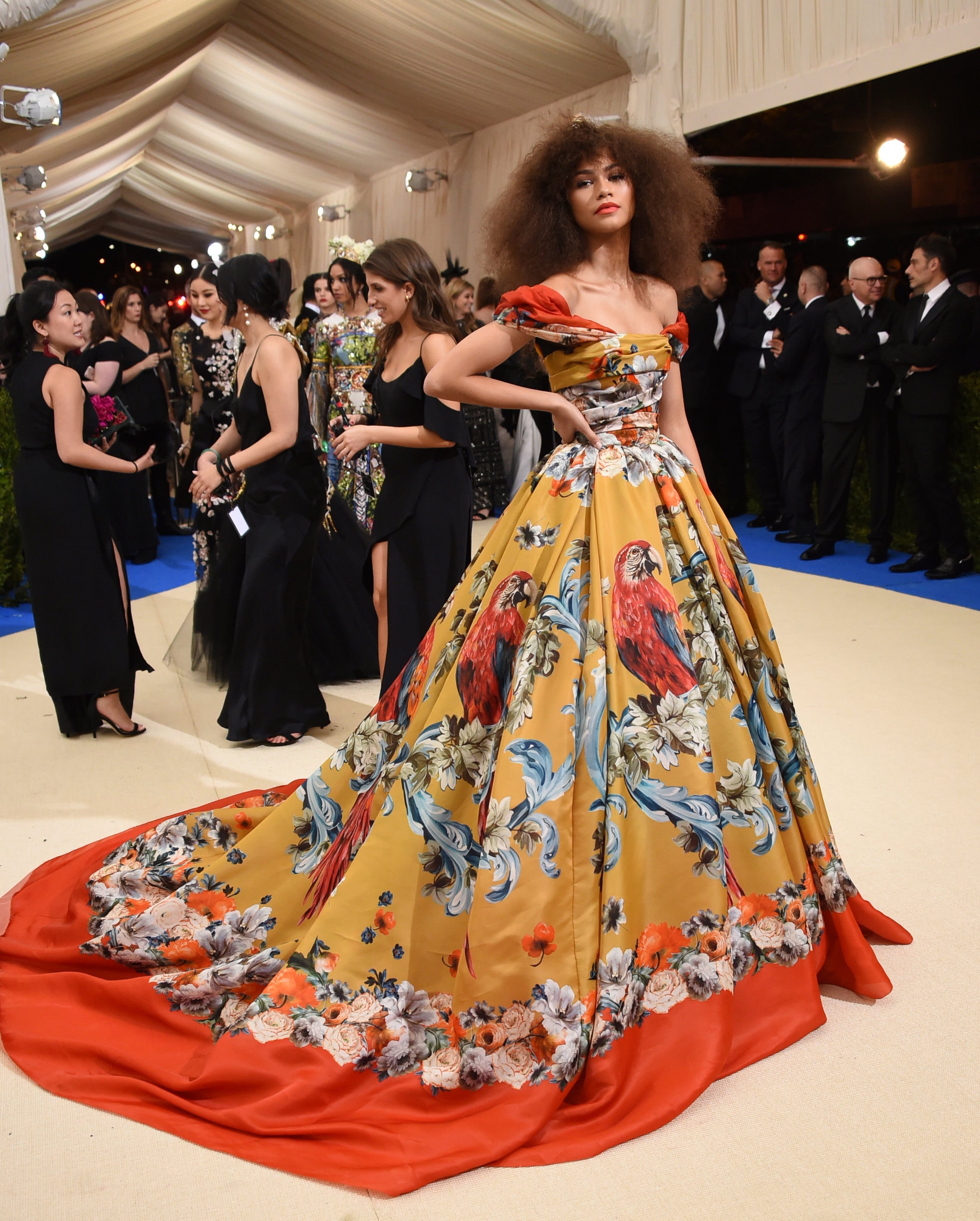 Zendaya attends The Metropolitan Museum of Art's Costume Institute benefit gala celebrating the opening of the Rei Kawakubo/Comme des Garçons: Art of the In-Between exhibition on Monday, May 1, 2017, in New York. (Photo by Evan Agostini/Invision/AP)

Every first Monday in May, Vogue editor Anna Wintour holds a gala night for the benefit of New York Metropolitan Museum’s Costume Institute. This year, the fashion exhibit was titled “Rei Kawakubo/Comme Des Garçons: The Art of the In Between.”

Touted as the Super Bowl or the Oscars of world fashion, the event attracts the greatest designers to come up with creations for their muses. Supermodels, Hollywood actresses and music divas converge on the Met red carpet stairs, like a peacock convention.

The Costume Institute’s Spring 2017 exhibition spotlights the work of Japanese fashion designer Rei Kawakubo, known for her avant-garde designs and ability to challenge conventional notions of beauty, good taste and fashionability. The thematic show features approximately 140 examples of Kawakubo’s womenswear for Comme des Garçons, dating from the early 1980s to her most recent collection.

Easily the star of the night was the cochair, former Ambassador to Japan, Caroline Kennedy, in floral Comme des Garçons like a giant chess piece. Kennedy’s frock was a fabulous tribute to Kawakubo, who is only the second living designer to be showcased at the Met. The first was Yves Saint Laurent in 1983, the exhibition then under Diana Vreeland.

However, the best-dressed Kennedy would have earned more points, had she nixed the the hair and makeup a la her mom Jackie Onassis’ iconic look. And she should have not paired her Comme with black tights and sensible shoes. —CONTRIBUTED