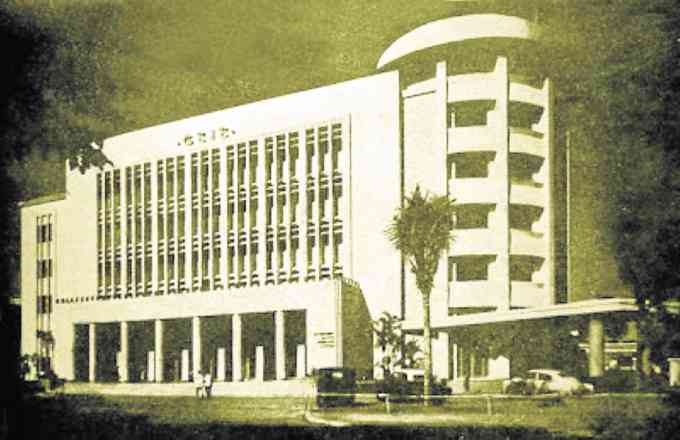 GSIS building, soon to be demolished

Hall of Justice to replace old GSIS building in Manila

The long-overdue Manila Hall of Justice, set to be completed in 2019, will occupy the old Government Service Insurance System (GSIS) building on Arroceros Street in Manila.

A presumed important cultural property under the National Heritage Law of 2009, the building, constructed in 1957, was designed by Federico Ilustre, the same architect of the Quezon Memorial Shrine in Quezon City; old Manila International Airport terminal in Pasay; Veterans Memorial building also on Arroceros; and the Quirino Grandstand.

Much of the structure will be demolished, while the façade, which includes the rounded corner tower, will be incorporated into the new state-of-the-art edifice, the Inquirer learned.

National Commission for Culture and the Arts (NCCA) commissioner and Subcommission on Cultural Heritage (SCH) head Fr. Harold Rentoria, OSA, said a technical working group composed of officials from the NCCA, National Museum and National Historical Commission of the Philippines had a number of meetings “discussing the proposal of the Supreme Court and their developer. We arrived to an agreement that we were accepting the proposed Scheme 2,” which is to retain the façade and rounded tower at its corner.”

It was agreed the podium of the new building would be emphasized “to relate to the G.A. J. Villegas Street façade of the old GSIS building” and that “pillars [would be] provided in the new building’s podium to amplify the character of the old building’s portico,” as stated in the proposal, a copy of which was shown the Inquirer by Charles Salazar of the NCCA Heritage Office.

“Repetitive elements such as columns at the tower pinnacle and fenestration shall also be provided in a rhythmic manner,” added the proposal paper. “A more modern approach was introduced to this scheme through the provision of glass windows on all corners of the tower.

“A uniform glazing material shall be provided, color schemes shall be based on the old building’s original palette, and existing stone cladding and Art Deco grill works shall be preserved, repaired and incorporated to the new facilities.

“In the interiors, floor patterns on the ground floor of the old building’s lobby shall be preserved and shall be the reference for the new building’s floor-pattern design.”

Ironically the demolition of the Jai Alai building, a prewar Art Deco masterpiece on Taft Avenue, ordered by Mayor Lito Atienza in 2000, was to give way to a new Hall of Justice building.

However, the project did not push through due to lack of funds, and the Taft Avenue property was eventually swapped by the Supreme Court with the GSIS in exchange for the old GSIS building on Arroceros.

Landscape architect and heritage advocate Paulo Alcazaren lamented the attitude of the government in selling properties along Arroceros Street to private developers.

“Many of the government or institutional lots along this street have opted to sell or joint-venture with real-estate developers, changing the look and feel of this storied district to one dominated by commerce rather than by any civic character, and burdening archaic infrastructure with traffic, flooding and blight,” Alcazaren said.

Gerard Lico, in his book “Arkitekturang Filipino,” describes the old GSIS building as a structure that “adhered to a stylistic tendency that stood at the intersection between Neoclassical and modern aesthetics.”