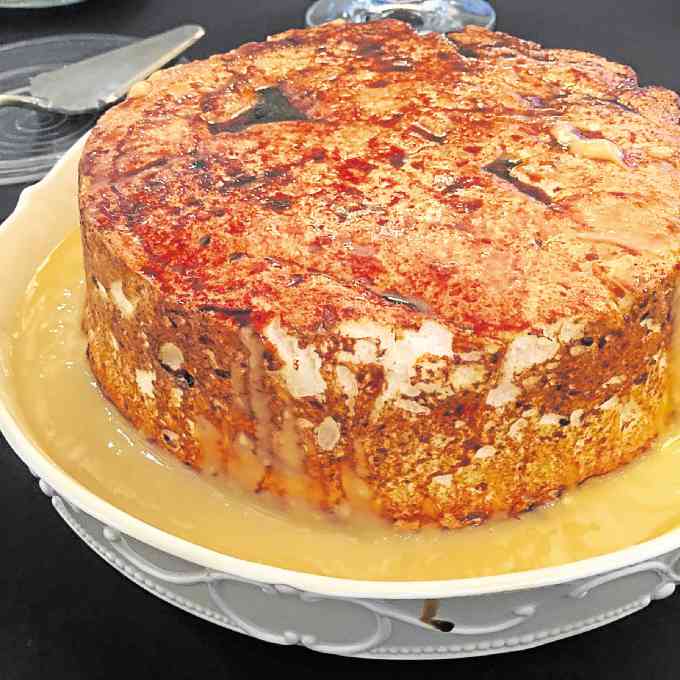 The Old Capitol Building of Iloilo province was the perfect venue for the second staging of “Sabores de Visayas,” as the national historic site, like the culinary event, reminds us of our rich history.

Also known as Casa Real, the “kilometer zero” building was established by the civil government in 1901 and used by the Japanese forces in World War II. It was rebuilt after it was destroyed by a massive fire in 1988.

Last April 16, the place was the venue of a gastronomic event where acclaimed chef Margarita Forés, award-winning book designer Ige Ramos, restaurateur and Ilonggo cuisine advocate Rafael Jardeleza, Jr., and this food editor and cookbook author prepared and served savory tapas and delectable desserts that celebrated the flavors of Spain.

“‘Sabores de Visayas 2’ is our response and contribution to the Madrid Fusion Manila and Flavors of the Philippines festivities,” says Tourism Region 6-Western Visayas’ regional director, lawyer Helen Catalbas. “It reminds us of our cultural heritage as Filipinos, where cuisine has always been a part of our life as a people. It is also our way of bringing families and friends together in one intimate setting that strengthens the ties that bind them with such an appropriate venue, Casa Real de Iloilo.”

There was a lot of food and wine that night, more than enough to keep the 150 guests happy and satisfied. A spread of assorted bread, Spanish sardines, gambas al ajillo and different cheeses started the meal, plus a whole leg of jamon Serrano was carved on site. Soupy pancit molo by all-time favorite Kapitan Ising’s kept many tummies warm.

The heavier fare included lengua estofado, served with fried bananas and potatoes, callos, and succulent cochinillo, which the guests lined up for. Bacon-wrapped chicken roll-ups stuffed with cheese, tenderloin steaks with Espagnole sauce, and a big paellera of paella negra topped with crumbled salted egg and fried calamari completed the savory fare.

“‘Sabores de Visayas 2’ confirms Iloilo’s role as one of the country’s culinary oases that needs to be visited and revisited until you understand how and why the locals cook in that manner and eat with total abandon,” says Ramos, who joins the other chefs for the first time in this regional event. —CONTRIBUTED