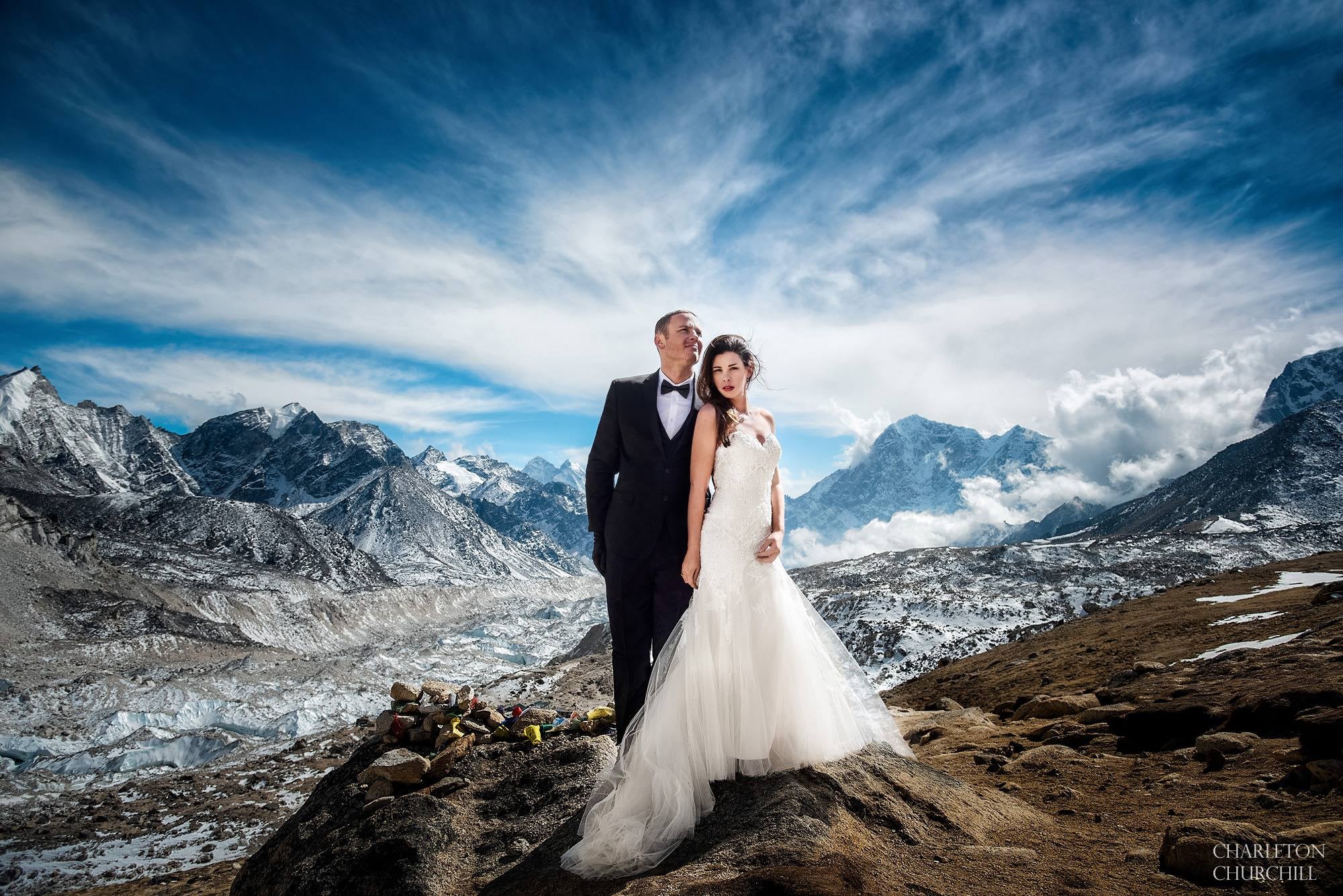 A thrill-seeking American couple and their photographer scaled Mt. Everest for an adventurous wedding that’s reaping attention on social media.

After dumping their trekking gear for a wedding gown and tuxedo, Schmieder and Sissom exchanged vows and rings while Churchill captured their big day.

“It’s one of the most epic and beautiful locations in the world that’s difficult to get to, and nobody’s done it before. So we are thrilled to have finally pulled it off,” Churchill wrote in his travel blog.

“Since they were eloping far away from home, we had no minister, but they exchanged vows, exchanged rings, and shared from the heart how much they were going to pursue and love each other,” he recounted.

Apparently, Churchill pitched the idea of a Mt. Everest wedding shoot in 2011. He planned the shoot with another pair back in 2015 but was scrapped due to a mountain avalanche after the devastating Nepal earthquake.  Gianna Francesca Catolico /ra