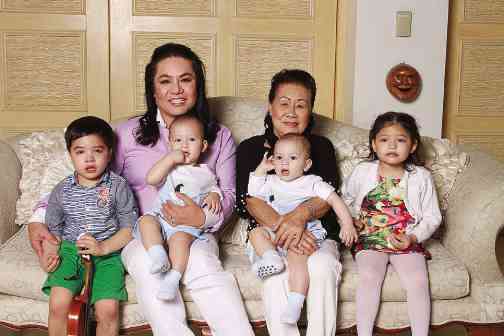 Joel Cruz and his mother, Milagros, with the two sets of twins, Prince Sean, Prince Harry, PrinceHarvey and Princess Synne

Joel Cruz in Russia to welcome third set of twins

Joel Cruz is currently in Russia to welcome his third set of twins.

The tycoon behind Aficionado Germany Perfumes flew to Moscow to be on hand when the birth of his children via in vitro fertilization takes place, radio host Ahwel Paz told ABS-CBN.

Joel Cruz: Oozing with the scent of success

Joel Cruz’s mansion – why people are talking about it