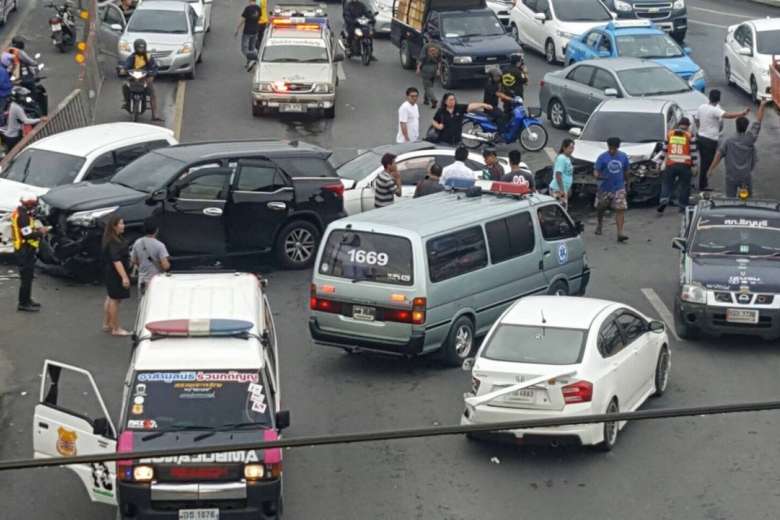 Angry wife crashes her car into husband's Mercedes in Thailand causing a four-car accident on May 13, 2017. THE NATION/ASIA NEWS NETWORK

BANGKOK–In a scene straight out of a television drama, a woman driving a brand-new Toyota Fortuner chased a Mercedes Benz carrying her husband and his mistress to confront them and ended up crashing into four vehicles in Pathum Thani’s Thanyaburi district, causing six slight injuries on Saturday.

The pile-up occurred at 4:30 p.m. on the Rangsit-Nakhon Nayok Road in Tambon Bung Yitow, causing a severe four-kilometer-long traffic jam before the scene was cleared.

The initial police probe found that the woman had traced her husband using GPS, caught up with his white Mercedes Benz at Sawai Pracharat Road and then decided to crash her vehicle into his to stop him from getting way.