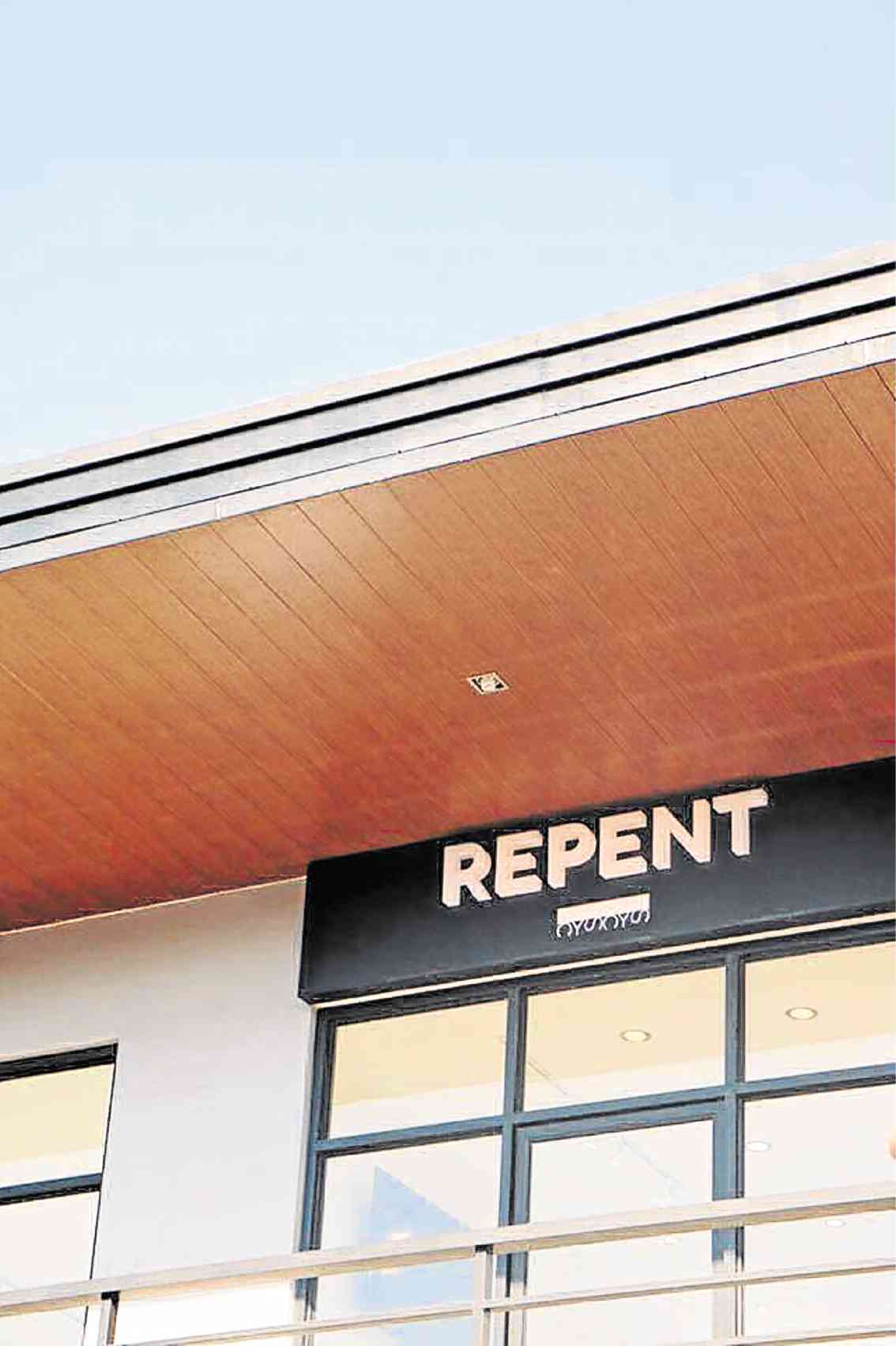 REPENT: A shop that offers professional cleaning and restoration services for sneakers

Spa for the sole

In high school, I tried to acquire as many signature shoes of Michael Jordan as I could afford. Here’s the thing. Shoes, no matter the technology infused in it, do not last very long due to the punishment they receive. Punish them I did whenever we played basketball on asphalt, every single day after school.

A few years later, I get to relive those high school days through the “Air Jordans” that were re-released or “retroed” by Nike. Still, the issues from those days are still present. I notice sole separation in some of them. Not to mention, they also needed serious cleaning from all the dirt and grime accumulated.

I chanced upon REPENT through Facebook. According to their page, they offer professional cleaning and restoration services for sneakers. Their catchy name is appropriate.

I drive to their location in White Plains, Quezon City with my Air Jordan 14 dubbed the “Last Shots.” It was what Jordan wore when he hit the title-clinching shot against Utah in 1998.

I step inside their shop and see some of the sneakers that they have cleaned and restored displayed on the wall. The first person I see inside is its co-owner, former UAAP star and PBA player Don Allado, attending to a client.

I approach another guy to show him my Jordans. He takes a close look and explains in detail what needs to be done. I am told that my sneakers require a full midsole regluing. It turns out that he is co-owner, Eugene Bugia.

I pay P1,000 for the service and leave with a feeling that my shoes are in good hands. True enough, they come back to me looking brand new. The glue residue that I have been afraid of seeing on the midsole is nowhere to be found.

REPENT was conceptualized sometime in late December of 2016 to the first week of January of this year when Allado and another partner, Che San Pedro, were in the United States.

“Che approached me. She got this idea from this one shop in LA that’s in the business of cleaning shoes,” Allado said. “We don’t have anything like that in the Philippines. She said ‘let’s start something like that.’ I agreed. We got Eugene, then we have another partner, Dexter Chan.”

They did their marketing plan and timeline. The deadline they gave themselves was three months.

The name “REPENT” came from Che’s niece who handled their branding.

“Repent because it means parang nagsisisi ka for doing something wrong. Brand translation is nagsisisi ka for soiling your priced kicks,” said Che. After the name was finalized, a tag line followed: “Cleanse your soles.”

REPENT’s main offering is the “Repentance” package, priced at P1,000. It includes basic cleaning, insole and lining cleaning, undersole cleaning, stain removal and unyellowing of the midsoles. The team makes sure that they were to use only the finest cleaning and restoration materials available for such a detailed and comprehensive package.

“A lot of our materials come from the States. Some of it we get from Japan and Europe,” said Don. “We have suppliers and everything has to be biodegradable, organic, so it’s safe for the environment.”

Che shared that they also have a secret solution, which they use to treat yellowing midsoles to make them white and bright like before.

Since signature sneakers like the Air Jordans, the Kobes and the Lebrons, as well as the premium ones like the Boost of Adidas don’t come with a cheap price tag. It is a must that they will be handled by staff who really know what they are doing.

“Nag-advertise ako sa sneakerhead forums, looking for workers for our shop. We interviewed several people and we only handpicked a few who we think had potential,” said Don.

So far, they have six people doing the cleaning, regluing and repainting of the sneakers, and have revived and rejuvenated the shoes of professional ballers like LA Tenorio and James Yap, as well as some celebrities who are into the shoe game.

In general, REPENT has a broad and diverse clientele, comprised mostly of students and yuppies, coming from the A to C market. On the average, the shop receives about 20 pairs a day. The usual turnover is three days for cleaning and one week for repainting and regluing.

“Sometimes we do repainting ourselves,” said Eugene. “We customize them based on the specifications
of the client.”

In cases where the condition of the sneakers is beyond saving, Che said that they would tell the customers upfront to avoid giving false hopes.

With the sneaker scene in the country continuing to grow, Don believes that professional shoe care is needed now more than ever.

“Considering how meticulous these sneakerheads are, they want their shoes to be taken care of professionally.” Eugene, on the other hand, said that they were looking to expand by opening three more branches in Makati, BGC and Alabang, to cater to more clients who were in need of high quality shoe care.

Sneakers may be mundane for some, but for others who view them as links to the past through the nostalgia they bring, seeing them in excellent condition turns back the hands of time.