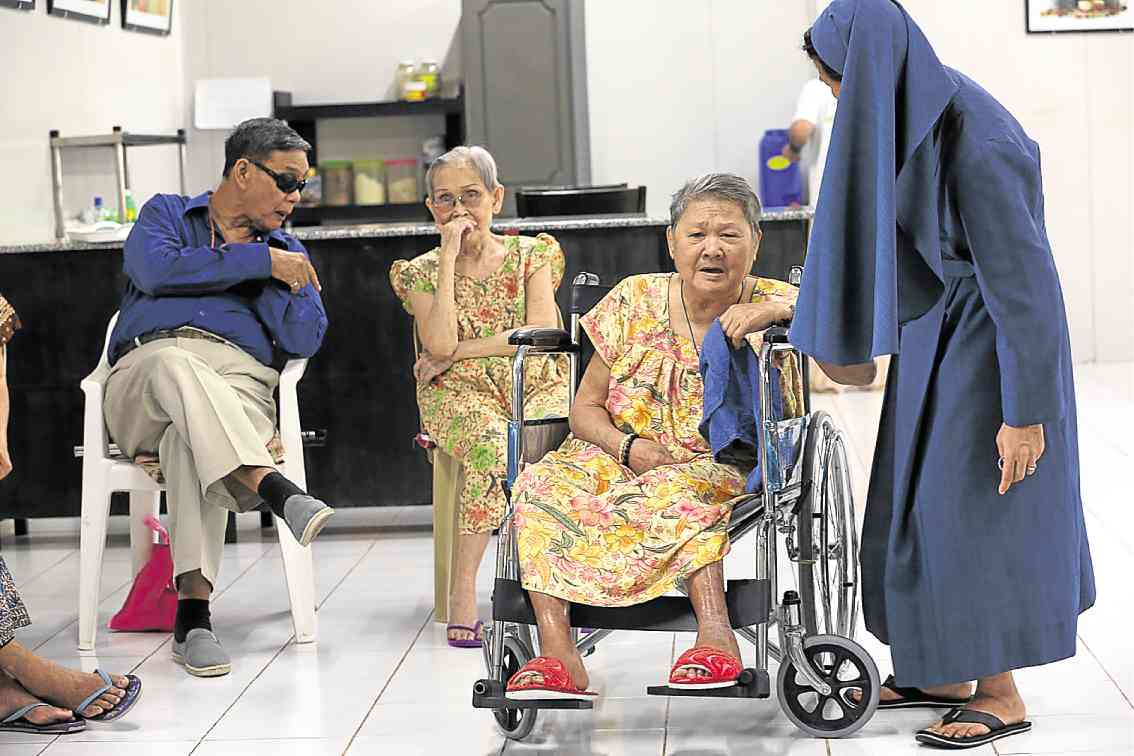 A sherpa for happy death

ANTIPOLO CITY — Despite their senior moments, the residents of Kanlungan ni Maria never fail to recognize Avic Alcantara, a regular visitor at this home for the elderly in Rizal province.

When Alcantara steps into the room, the dull, rheumy eyes of the residents light up, and words of welcome pour out.

“You seem different today,” one of the women noted.

“But Avic has always been pretty,” added Brother Jun, an older man who wears dark glasses. He is blind.

The devotion is mutual. For Alcantara, who has no family in the shelter, helping strangers, the poor and abandoned old people is “an extension” of her love for her parents.

In fact, her connection to Kanlungan started when she sought professional help in handling her father who had dementia.

“My father was on the verge of becoming violent. He was angry all the time and was getting paranoid. It was not easy going through that every day and it started affecting me,” she recalled.

It was at a therapy workshop in Makati City that she first met Catholic priest Uldarico “Dari” Dioquino more than 15 years ago, a meeting that led to a strong partnership with Kanlungan ni Maria. At the time, the home had only four elderly under the priest’s care. 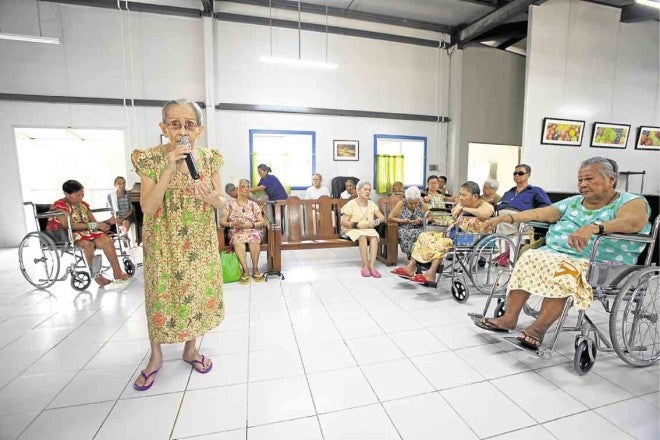 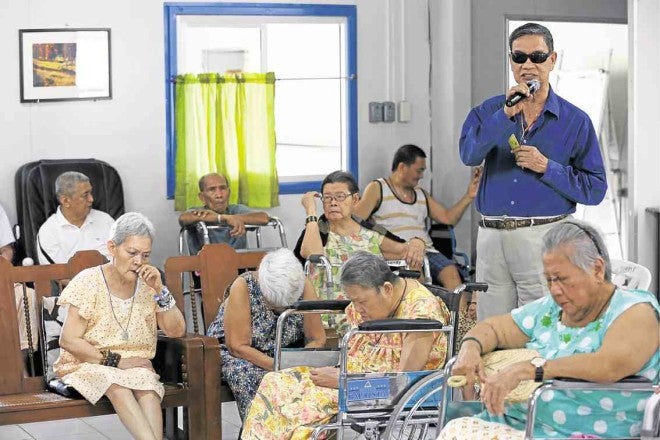 Alcantara, a businesswoman from Cainta town in Rizal, was also introduced to Hands on Manila (HOM), a volunteer service initiative of the corporate sector, which became Kanlungan’s benefactor.

HOM designated Alcantara as a sherpa, a term that usually refers to Himalayan mountain guides but which the group uses for its volunteer leaders.

With help from various donors, Kanlungan ni Maria began formal operations in 2002. It now cares for 20 elderly, seven of them males aged 64 to 89. The shelter, tucked in a quiet subdivision here, is owned by the Diocese of Antipolo and is run by Fr. Reynante Tolentino with the Sister Handmaids of Charity of St. Vincent de Paul (SMdC).

Days at the home begin with an early morning Mass followed by morning exercises led by a nun.  At a common hall where the residents take their meals, the day is spent scribbling, threading rosary beads or solving puzzles.

According to Sister Juliet Mallari, SMdC, one of the administrators, the routine is broken only when there are guests — charity groups, schools or families who choose to spend special occasions, like birthdays, in the facility.

Alcantara and the HOM team make sure they visit the residents at least once a month.

“[Old people] need attention as much as children do,” Mallari said.

Caregivers need a lot of patience dealing with their ward, whose aging has built an impenetrable wall around them, she added.

“[One of the residents] has one answer to all the questions, like ‘Where do you live?’ ‘How old are you?’ Her answer is always ‘Manuel,’” the nun said.

Among the shelter’s longest-staying residents is Vangie Saballero, 86, who has been in the facility for six years now.

Saballero was 10 when she left Aklan province to work as a domestic helper in Metro Manila, and eventually found her way into the family of  supermodel Tweetie de Leon-Gonzalez.

“I took care of Tweetie and her siblings for almost 20 years,” she recalled.

When the children grew up and migrated abroad, Gonzalez’s mother decided it was better for Saballero to stay in the shelter where nurses are on standby should her blood pressure shoot up.

“During holidays, the family sends for me so I can celebrate with them at home,” Saballero said of her foster family.

Unlike Saballero, Josefina “Pina” Obligacion-Arellano, 88, has no holidays to look forward to.

But Kanlungan visitors would always ask for her, especially after a student filmed and uploaded on YouTube a video of her reciting witty jokes and pickup lines from memory.

“Ano susunod sa USA? USB (What comes after USA? USB)!” she quipped. The online fame led to TV interviews that, in turn, led to Arellano being invited in 2015 to guest on Pinoy Big Brother (PBB), a TV reality show.  But on the third day, she asked to leave the PBB house, saying it was too cold in there.

Arellano married late, at 52, saying her obligations to her parents came first.

When her husband died, Arellano moved in with a family friend but later felt she had become a burden. She sought out a social welfare office until Kanlungan staff found her in 2006.

Their stories struck a chord with Alcantara. “I thought it was simply concern for the elderly till I realized that my experience with my parents drove me to this advocacy,” she said.

Being the youngest in the family and unmarried, Alcantara looked after her aging parents for a long time, which helped her understand the special needs of older people.

When her parents died in 2014, Alcantara had to skip her visits to Kanlungan as the elderly residents reminded her of her loss.  It took her six months before she could visit again.

Since then, she has come to accept that death lurks in every corner of the shelter. “You meet some elderly folk today and after, like, three months, they’re gone,” Alcantara said.

What is even sadder, she said, was knowing that they could die “alone, insignificantly” without families to mourn or remember them.

“When you talk to them, you’ll realize that they’re aware they are going anytime soon,” said Alcantara, who helps arrange the residents’ wake and funeral. “Their goal is to die a peaceful death, a happy death.”

“You begin to accept your own mortality [and] appreciate your life more,” she said. “While you still can, live to the fullest, knowing you’ll get to that age and probably not know where you’ll end up.”