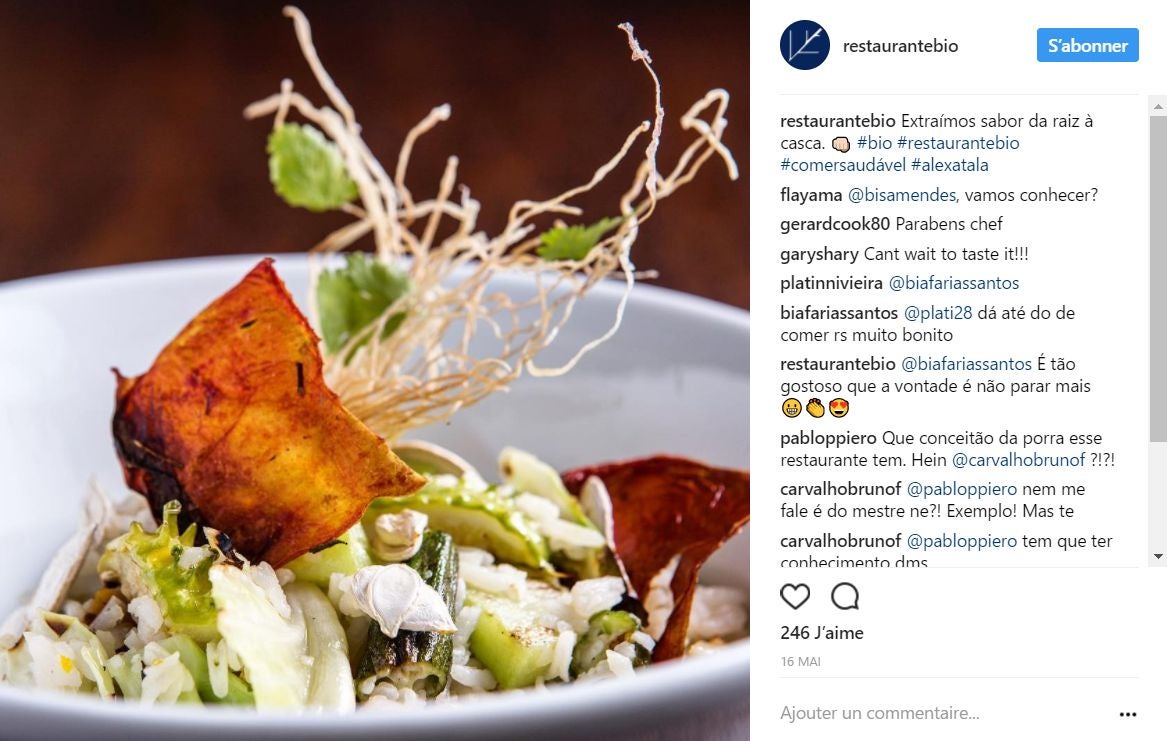 Brazilian chef Alex Atala is the latest Michelin-starred chef to open a more affordable and accessible restaurant for the masses, with the opening of an all-day eatery Bio in Sao Paulo.

In the upper echelons of haute, contemporary gastronomy, Atala is best known for his trailblazing restaurant D.O.M. in Sao Paulo, currently ranked No. 16 on the World’s 50 Best Restaurants list and holder of two Michelin stars. The chef is credited with restoring pride in traditional Brazilian cuisine and using native Amazonian ingredients like acai berries and jungle ants, which are said to impart the flavor of lemongrass.

But for those who can’t afford to splash out on a fancy meal, Atala has opened Bio, which sources ingredients from local suppliers and features salads, acai bowls and wraps. A complete meal including salad, main dish and dessert averages $15 (P747), accoding to Eater.com. The restaurant seats 140 people.

Last month, the triple Michelin-starred chef of Eleven Madison Park Daniel Humm opened the doors to Made Nice in New York, a casual counter-service restaurant that sells gourmet salads for about $15 (P747).

The tasting menu at Eleven Madison Park—which took the top title of World’s Best Restaurant this year—clocks in at $295 (over P14,000).