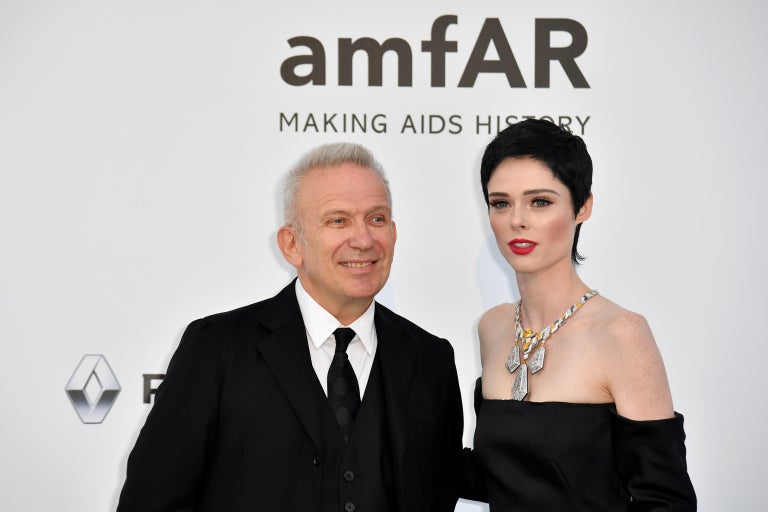 This was the director and model’s latest Instagram missive, confirming her farewell to platinum blonde and launching a new chapter in her widely followed Bowie-esque hair reinvention.

Coco Rocha is no stranger to making bold hair transformations. She first gave cropped hair a whirl back in 2013 and had been sporting a bleach blonde shade since September. That was until Thursday when she debuted a dark pixie cut with feathered ends at the star-studded amFAR gala on the French Riviera.

Coco’s jet black shade, which she showed off on Instagram, makes her stand out from actresses Michelle Williams and Kristen Stewart, two other Cannes’ stars who are currently embracing blonde versions of the short cut.

It is no surprise that she is an ambassador for Balmain Hair Couture, the French luxury brand that is synonymous with powerful fashion statements.

The mastermind behind Coco’s new defined color and cut? None other than top Balmain hair stylist, Nabil Harlow. He was responsible for the model’s fearless blonde look.

If you are convinced that the on-trend crop isn’t for you or you find yourself in a moment of post-cut regret, it is good to know that Balmain also recently extended its range of hair additions to include catwalk ponytail clips, which are set to be a hit with the ‘Balmain army’ both on and off the catwalk. JB