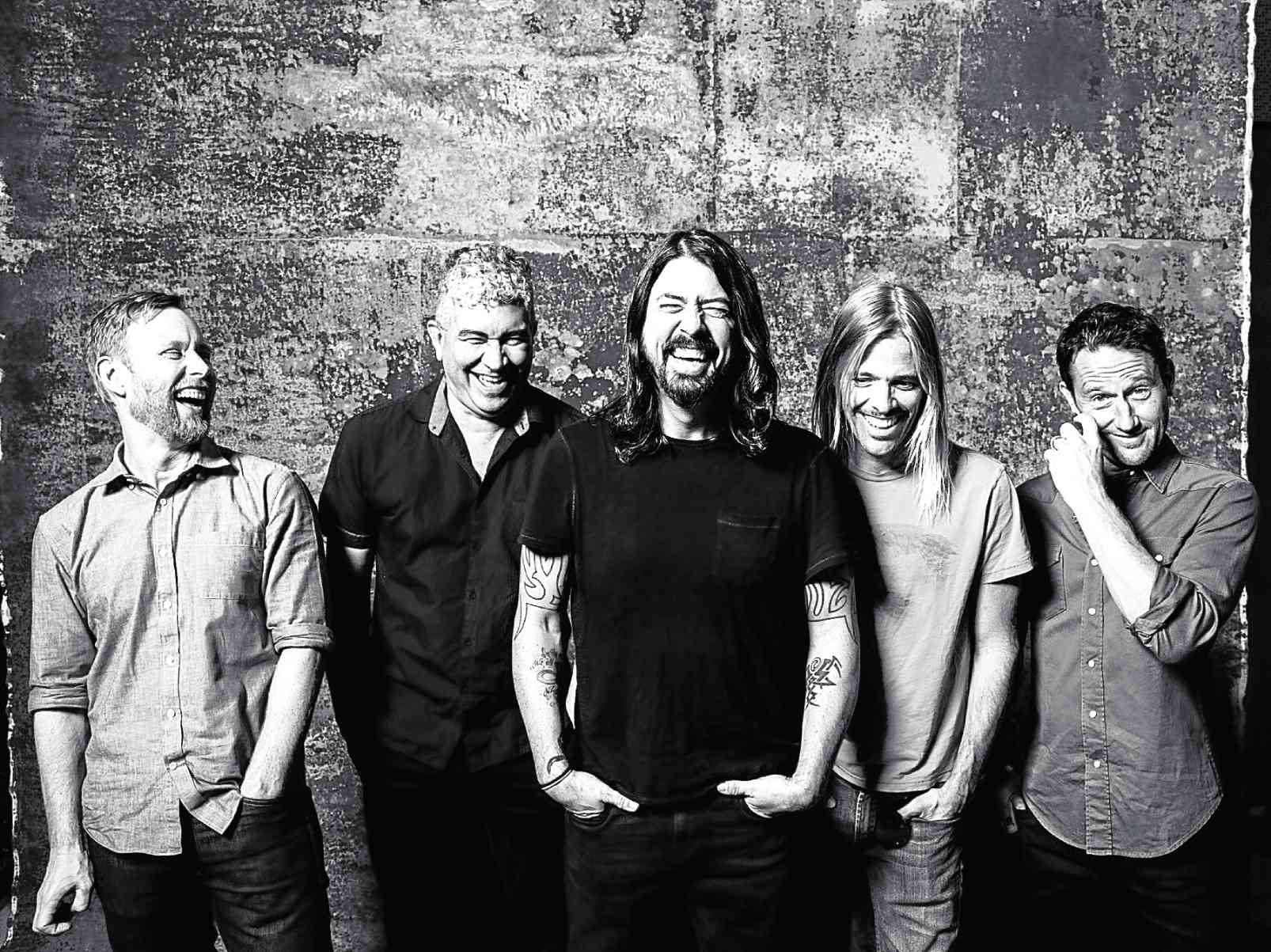 The Foo Fighters is back—with a summer tour in tow.

Why you should catch Foo Fighters in Asia this August

With two three-day weekends and a handful of tour dates to choose from in August, Filipino Foo fans finally have the golden opportunity to watch their beloved band perform live and loud.

After a couple of years on hiatus, Seattle-born rock outfit Foo Fighters has announced their return with a summer tour—and, yes, they’re heading to Asia.

Next, they’re off to Seoul to share the stage with former Oasis frontman Liam Gallagher and Korean band The Monotones at the “Live Forever Long” concert on Aug. 22. The band will then play solo shows in Bangkok and Singapore on Aug. 24 and 26, respectively, before resuming their European tour.

Here are five compelling reasons to book flights and buy tickets to the Asian stop of your choice now—that is, if you haven’t done so already.

1. The Foos are back and goofier than ever …

Let’s be honest—we were more than a little concerned when rumors of the band’s permanent breakup started circulating after their hiatus announcement. But, in true Foo fashion, the guys promptly debunked these rumors by releasing a cheeky mini- mockumentary about Dave going solo and the band hiring 98 Degrees’ Nick Lachey to replace him.

“For the millionth time, we’re not breaking up. And nobody’s going f__king solo!” the video’s ending message reads. Cue big sigh of relief. (Watch the video here. To be honest, that bit where Nick adds his boy-band vocal runs in “Everlong” still sends chills down our spines to this day.)

The band’s got big plans this year, according to recent interviews with Dave. Aside from the tour, the guys seem more than ready to release some new material, possibly a new record following the 2014 concept album “Sonic Highways” and 2015’s “Saint Cecilia” EP.

Without warning, the Foos dropped a new single, “Run,” last June 1, along with a video of elderlies moshing to heavy riffs reminiscent of the band’s early sound. Before that, Dave, Taylor and Rami treated their audience to a bluesy unreleased track, “The Sky is a Neighbourhood,” at the “Acoustic 4 A Cure IV” benefit show in San Francisco last May.

Will fans get to hear these new tracks and more at the coming shows? Given the band’s penchant for surprises of late, anything can happen during this tour.

This year, the Foos are celebrating the 20th anniversary of their seminal sophomore album, which put forth iconic alt-rock anthems “Everlong,” “Monkey Wrench” and “My Hero.” Does this mean they might play the whole album in its entirety a la U2’s The Joshua Tree Tour? Probably not, but you never know.

Maybe they can at least play “Walking After You”— based on setlist.fm stats, the last time the band performed it live was in 2006. If not, there are other equally beloved Foo songs to choose from—22 years and 8 albums worth of songs, to be exact.

“The only thing I’ll ever ask of you, you gotta promise not to stop when I say when,” Dave sings in “Everlong.” Turns out the Foos and their fans take that line quite seriously. At the recently concluded BottleRock Festival in Napa Valley, California, the band continued playing even after organizers pulled the plug on “Everlong” to make the 10PM curfew, and the crowd helped them out by singing loudly along.

And let’s not forget how, during the band’s 20th anniversary tour two summers ago, Dave took a nasty spill at a show in Sweden but came back onstage to continue performing despite having sustained a serious leg injury. For the remainder of their tour, wryly renamed “The Broken Leg Tour,” the Foos played in sold-out arenas with Dave singing atop a makeshift throne.

Granted, these onstage antics aren’t exactly planned, but it’s comforting to know that these guys are determined to finish a show no matter what.

Even though Pinoy concertphiles already have a lot to look forward to in August (Liam Gallagher, Phoenix, Ariana Grande, Two Door Cinema Club and more), we’re pretty bummed that a Foo show in Manila doesn’t seem possible at this point. So for the Pinoy ’90s kids who grew up with the Foos’ post-grunge brand of rock and hilarious music vids, this Asian tour is as close to an answered prayer as it gets.

If you have a bunch of vacation leave days left, now’s the time to use them. As far as our calendar is concerned, all Asian tour dates fall on or between two successive three-day weekends, thanks to the Aug. 21 and 28 holidays. Plus, they don’t seem to be hitting any of the scheduled concerts in Manila that month, so you can still catch one Foo show then fly back home in time for the other artists (or vice versa).

We’re eyeing the Singapore leg as it falls quite nicely on a Saturday, and a three-day weekend to boot. Mounted by UnUsUaL Entertainment and Third Eye Management, the Foos’ Singapore show will be held at the National Stadium, with ticket prices ranging from SGD 128 to 238 (roughly P4,500-P8,500). As of this writing, there are no standing section tickets left on the Sports Hub Tix website, but you can still choose from several seated sections.

Visit www.sportshubtix.sg to buy your tickets online; for Foo fans based in Singapore, check out the Singapore Indoor Stadium Box Office or SingPost outlets.