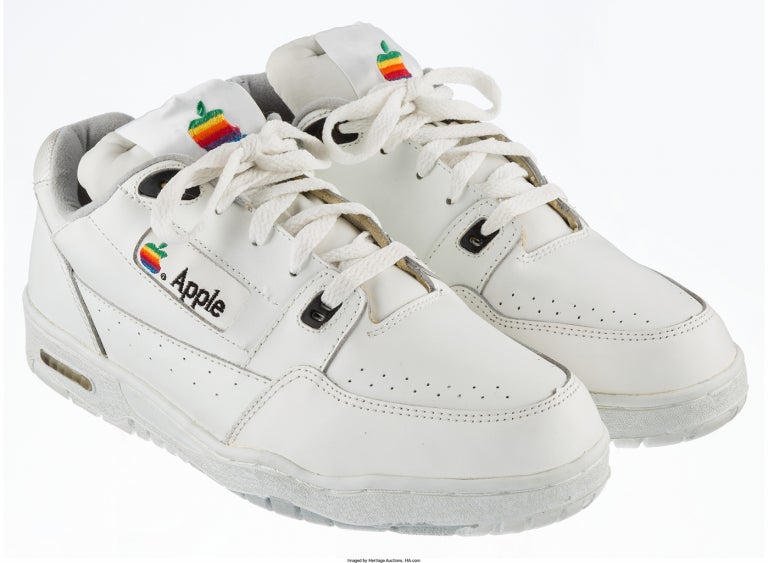 A rare pair of white lace-ups stamped with the original Apple logo takes us back to the days before Apple became cool. And now that Apple is unquestionably cool, this pair of shoes, exclusively designed for employees of the computer firm in the early ’90s, looks set to fetch tens of thousands of dollars.

Several pairs of paint-splattered-effect Nike x Mr. Brainwash high-tops and lace-up are also being auctioned off at the event. JB

Step into summer with the hybrid shoe trend