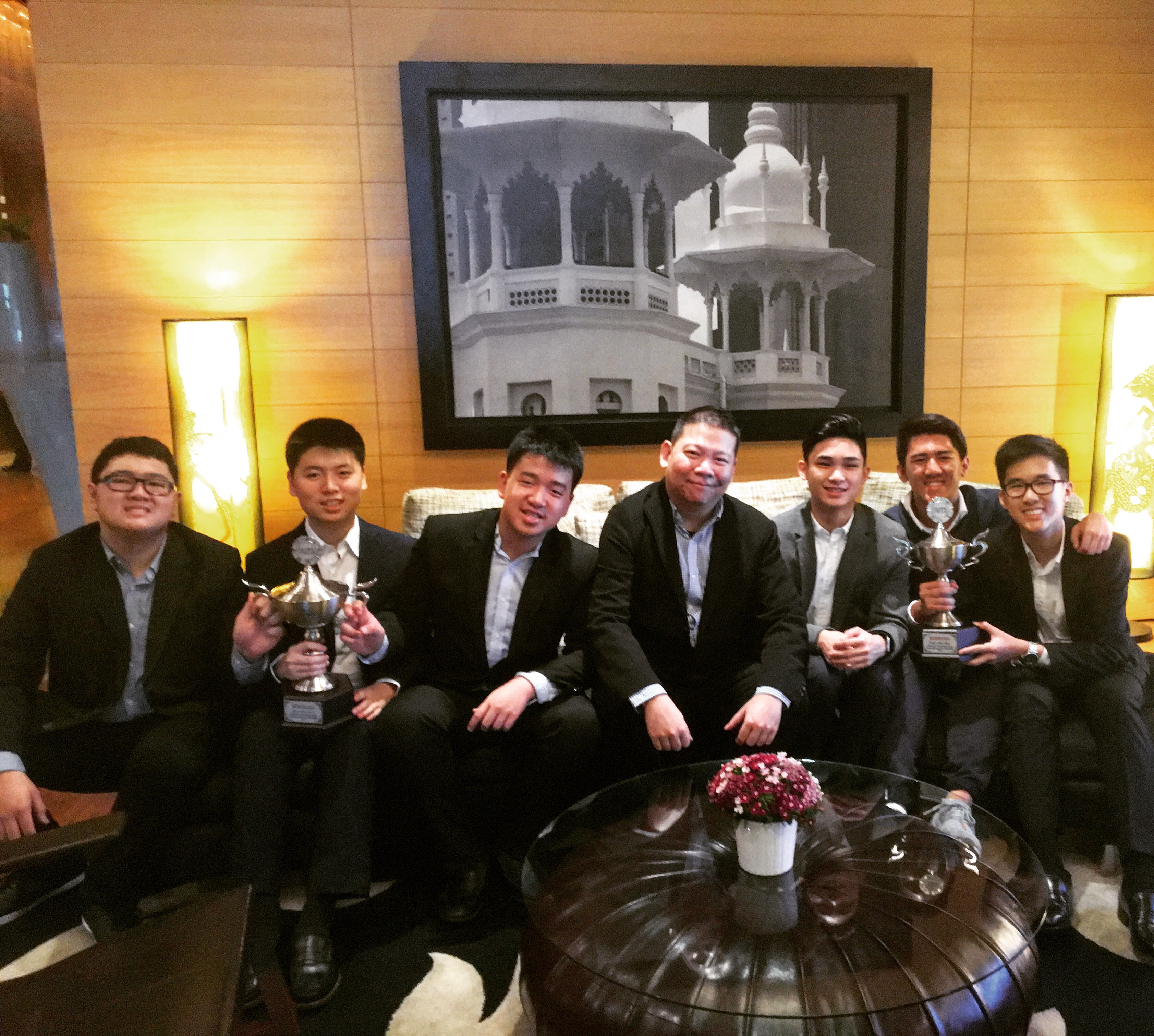 The first team, composed of incoming seniors Javier Lorenzana, Brendan Tiu, and John Young, was awarded People’s Choice winners for garnering the most votes from an online poll of over 20,000 voters. The second team, composed of incoming juniors David Hwang, Zachary Sy, and Philbert Tan, won the Judges’ Choice Award, besting 200 students across the Philippines, Malaysia, Singapore, and Indonesia. Along with the top teams from the region, the Xavier School teams of three took part in the competition’s final round held in Kuala Lumpur, Malaysia. Leading the Philippine delegation was Martin Gomez, moderator of Xavier School’s Next Lab and the teams’ mentor.

The UTS International Technology Innovation Competition is an international competition that invites high school students from select countries in Southeast Asia to design creative solutions to challenges within specific problem areas. The competition is run by the University of Technology Sydney, and spans across four countries and over 60 teams of three.

The competition was conducted in two stages. First, each team came up with a brief written proposal about their idea. The best entries from each country were then selected to be part of the final round.

This year, teams were asked to come up with solutions relating to the creation of smart cities, which is an urban development vision to integrate information and communication technology to manage a city’s assets. The Grade 11 team proposed N-Light, a program which uses light to connect households to the internet, while the Grade 10 team proposed Streetflow, which connects streetlights to the internet to provide relevant information to commuters and researchers.

“Even though the competition took tons of time and hard work, it really paid off in the end,” says Philbert Tan, adding that all they needed was “to be determined and have grit, because by doing so, you’ll be able to achieve more.”

To give thanks for the double win, the delegation traveled to the state of Malacca for mass, then visited the burial site of St. Francis Xavier, its school patron. The delegation also had the opportunity to visit, meet, and learn from senior leaders of Google Malaysia, IBM Malaysia, and Bank Negara Malaysia (Central Bank of Malaysia).

The members of the Philippine delegation thank their parents, school, teachers, peers, and all who supported, prayed for, and believed in them. Special thanks also go to the AUG Education and Student Services global network for providing additional support both in the Philippines and in Malaysia, as well as the gracious hosts.

All six delegates of the competition’s final round are members of XS Next Lab, the school’s innovation lab. XS Next Lab has always pushed the frontiers of technology and innovation in the school. Celebrating its fifth anniversary this coming school year, XS Next Lab hopes to continue making a difference in the world, and enabling others to find their light and letting it shine.