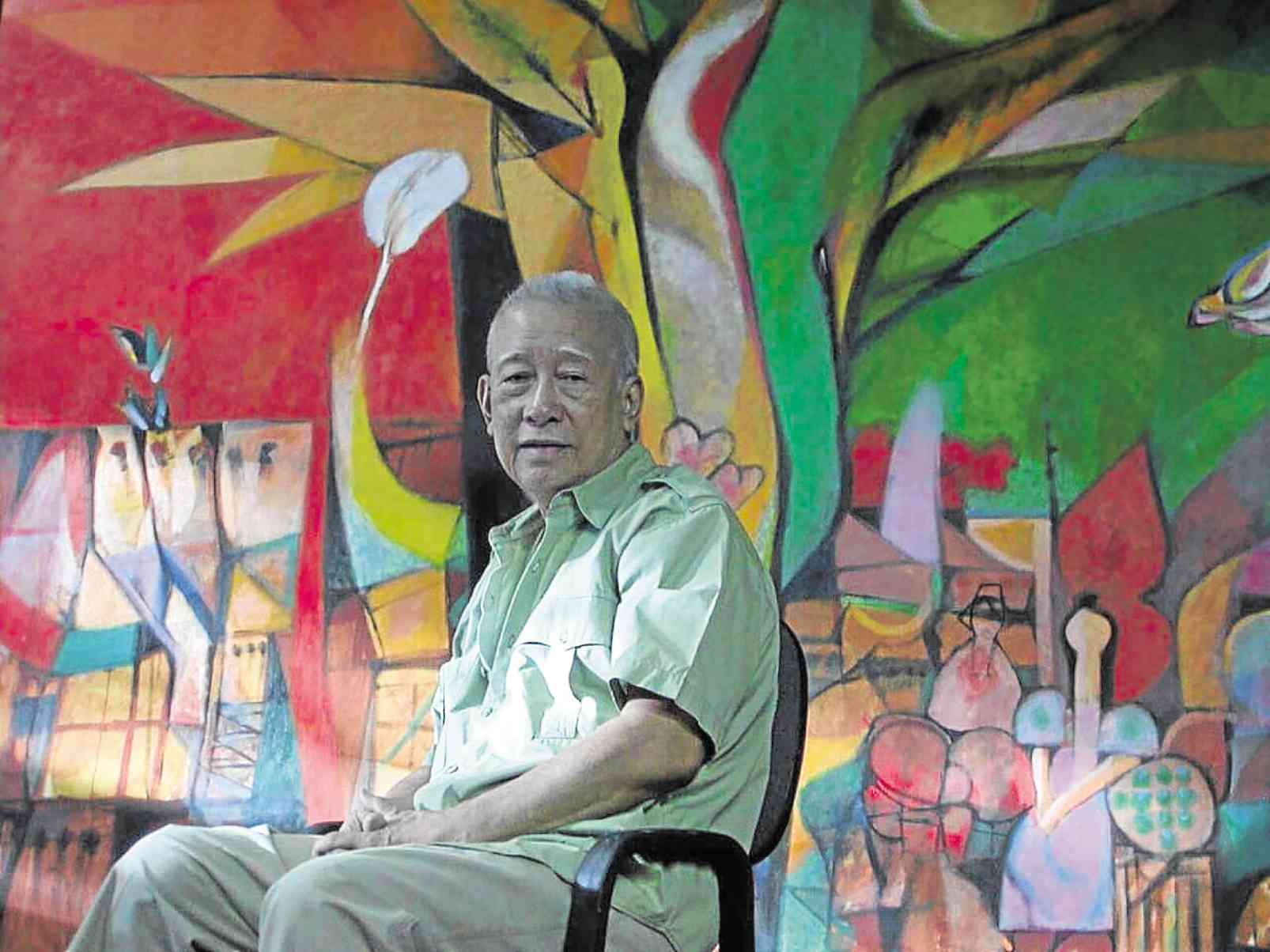 Malang: Painter charmed with imaginative use of color

Malang, a leader of the second generation of modernists that rejuvenated Philippine painting in the post-Pacific War period, died at his home in Quezon City on June 10, just short of 90.

Largely self-taught, Malang was noted for his imaginative use of color.

He took no formal art lessons beyond those given by a retired art professor in his neighborhood and half a semester’s classes at the University of the Philippines College of Fine Arts.

After a few months of drawing comics strips for the Roces chain, he moved to Manila Chronicle in 1947.

There, he was encouraged to paint by the abstractionist H. R. Ocampo, then one of the paper’s editors. Malang also developed friendships with artists Carlos V. Francisco, Vicente Manansala, Cesar Legaspi, Emilio Aguilar Cruz and the younger “neorealists” of postwar Manila.

Among the international masters, he was most influenced by the Russian-French expressionist Marc Chagall.

In the 1950s, Malang started painting vignettes of Manila’s folk culture in gouache— opaque watercolor—that he found the easiest to use. As it matured, his work became more and more abstract.

It was still capable of engaging the viewer with its variety surprises, since his subjects remained the same: the graceful and sad Filipina; curiously decorative barong-barong, and our archipelago’s exuberant vegetation.

Malang’s infectious optimism brought him commercial success long before critics discovered his work. His first one-man show in 1962 sold out and he never looked back.

Malang regarded his life’s work not as art but as craft. “I don’t make social statements,” he often said.

“When I look around me, I see patterns. I just enjoy what I do, and perhaps it shows in my work.”

Using gouache, Malang would paint quickly, adding layer after layer, but allowing some of the earlier layers to shine through from underneath—“letting the viewer’s eyes themselves mix the colors.”

Filipino critics agree that a great deal of Malang’s painterly charm comes from his highly imaginative use of color. Critic Cid Reyes described Malang’s paintings as the most color-irradiated ever done in the history of Philippine art.

Arturo Luz, in 1981, noted that Malang’s “colors glow, running the spectrum from end to end. Each painting is a visual feast—saturating the canvas and filling the senses …”

As early as 1973, painter and occasional critic E. Aguilar Cruz wrote that “while Malang’s art is as unlike those of the traditional schools represented by Amorsolo as a straight line is from a scroll, yet they both bear the same stamp of that quality.”

“The Artist as Filipino”— that’s the summary of Malang’s life and work that he would have loved. —CONTRIBUTED