Why should we care about sharks? | Inquirer Lifestyle ❮ ❯ 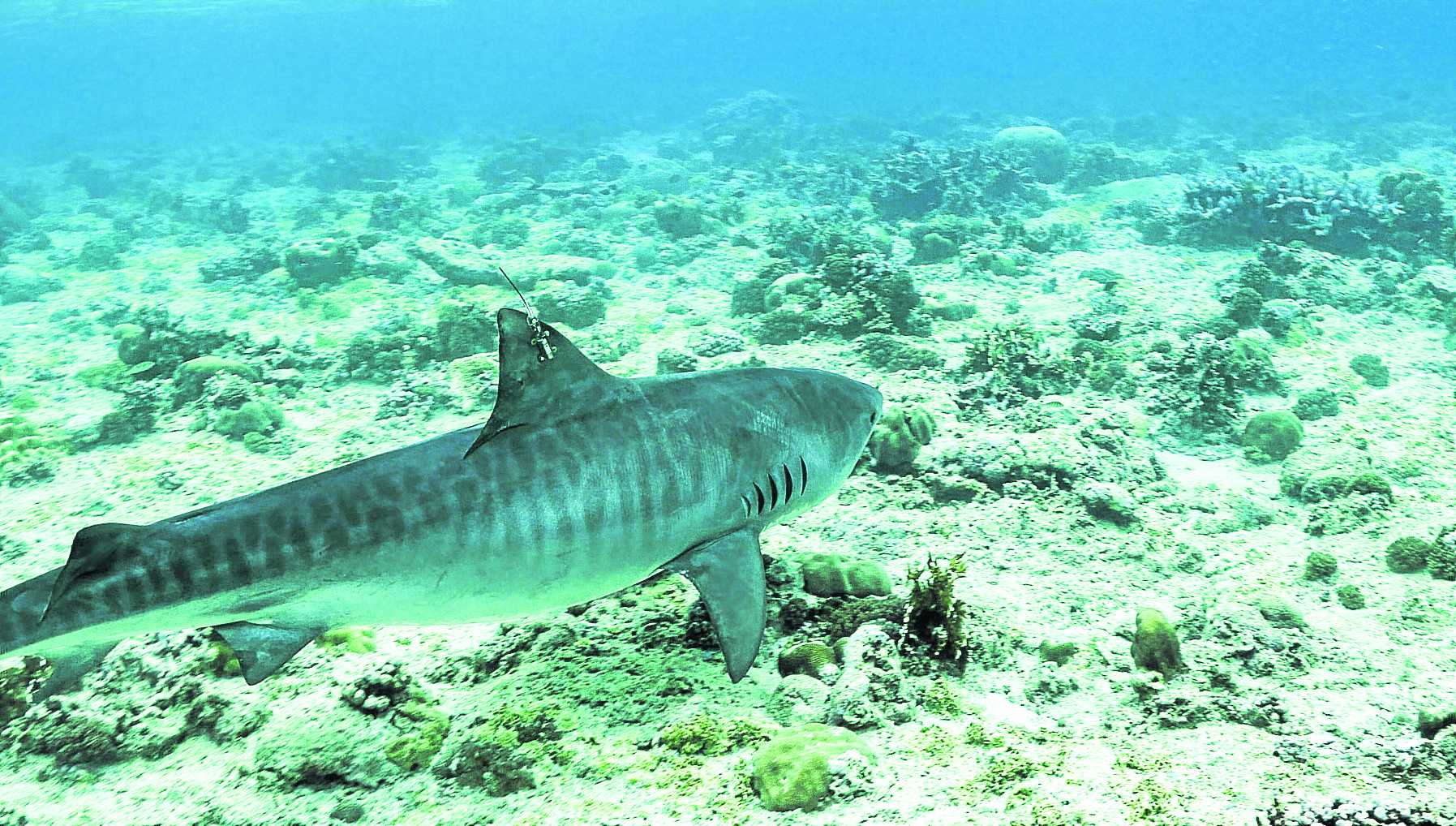 A female tiger shark, with the satellite tag on her fin, swims off into the waters of the park. ALESSANDRO PONZO FOR LAMAVE AND TMO

Why should we care about sharks?

“Tagging” a big, gentle whale shark—that is, swimming close enough to attach a device that will help scientists track the animal’s movements—seems easy enough for researchers. But tagging a tiger shark, known to be aggressive and strong enough to crunch a turtle in half, shell and all?

Last year, in the second edition of “Expedition Shark” of the Tubbataha Management Office (TMO) and the Large Marine Vertebrates Research Institute Philippines (Lamave), the first study of its kind in the country, a tiger shark was tagged for the first time in the Coral Triangle.

In April this year, they did it again, fitting a tiger shark with both acoustic and satellite tags, along with nine gray reef sharks and two manta rays fitted with acoustic tags. The tags allow the sharks’ movements to be monitored by researchers, possibly even beyond Tubbataha’s borders.

As it turns out, Tubbataha is a haven for these often misunderstood creatures, who, as top predators in the food chain, actually help keep the ocean ecosystem balanced for the benefit of all humans living off marine resources—or pretty much everyone, whether you live by the water or not.

“Tubbataha is the product of people’s amazing and dedicated hard work,” says Lamave executive director Gonzalo Araujo. “The park is a strict no-take zone marine-protected area, where monitoring and enforcement occurs year-round. Sharks, as apex predators, need a healthy marine ecosystem to support them, and that’s exactly what Tubbataha is.”

Tiger sharks are fascinating for divers. “There are very few places in the world where natural encounters happen, and one of those places is Tubbataha,” adds Araujo. “Understanding why we see them there, and how the park is serving their protection, is of utmost importance.”

Which begs the question for the average person: Why should we be concerned about protecting sharks?

“Sharks maintain healthy ecosystems,” explains Araujo. “They pick on the old, the diseased, the weak, ensuring appropriate population levels and promoting species diversity by fulfilling their role as apex predators. The association of sharks with fear is unfounded. The odds of having an issue with a shark in the water are very, very low—you are 10 times more likely to die from a falling coconut!”

Ultimately, it’s about giving these ancient, magnificent animals the respect they deserve, says Araujo. “Understanding that the ocean is their environment, their domain, and we are just entering their world, is very important.”