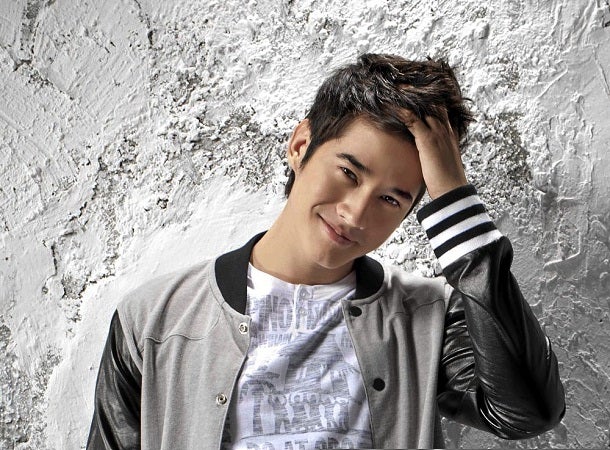 It seems like there’s no shortage of endearing little discoveries about Mario every time he interacts with the people around him. Here are Super’s top 5 “aww-inducing” moments from his first Manila visit:

He loves gay people. It was evident from the way he’d gamely join in the banter that he doesn’t discriminate among gays, be they fans, friends or the population in general. But he also clarifies that it’s not because of his gay role in “The Love of Siam.” “They’re all, like, very nice people,” he said during the mini-press conference. “It’s not wrong to be gay or anything. There are gay people who produce many good things in this world, and many of my friends and the people who I respect are gay.” And yes, he’s straight.

He cleans up after himself when he thinks no one’s looking. Robert Blancaflor, event manager to the stars, recounted that while he was arranging the meals for the day, the empty Styrofoam containers beside him suddenly disappeared. He turned to see Mario holding the stack and searching for a trash can! When he gently chided the star to put them down and leave the cleanup to him, Mario looked confused and said he doesn’t understand why people do everything for him. If that doesn’t tug at your heartstrings, we don’t know what would.

He’s a terrible “dougie” dancer. Because of the fan con, the hip-hop song now holds a special place in Oreos’ hearts… and in ours. He may be a lot of things, but a “dougie” master isn’t one of them. Then again, the look of concentration on his face was plain to see as he tried his best to gyrate (and adorably failed for the most part). Still, we love him all the more for it.

He’s humble and has impeccable manners. He listens intently when someone’s talking to him, and he never fails to say “thank you.” He even picked up a handkerchief from the floor and looked around for the owner, even when no one seemed to have noticed it! Plus, he’s not coy and “pa-showbiz,” which we find very refreshing. What superstar can say without guile or malice that he only took up acting so he could buy a new skateboard without having to ask his mother for money? Or that he’d worked as a gasboy prior to being discovered?

He loves making his fans happy. He tries his best to please everyone, even though the mere sight of him standing there and looking pretty is enough to induce euphoric seizures. He goes out of his way to have a memorable interaction with everyone he meets—shaking hands, smiling at them, or hugging  them, even if he has to do it a hundred times over. And that’s how you leave an impression on people.