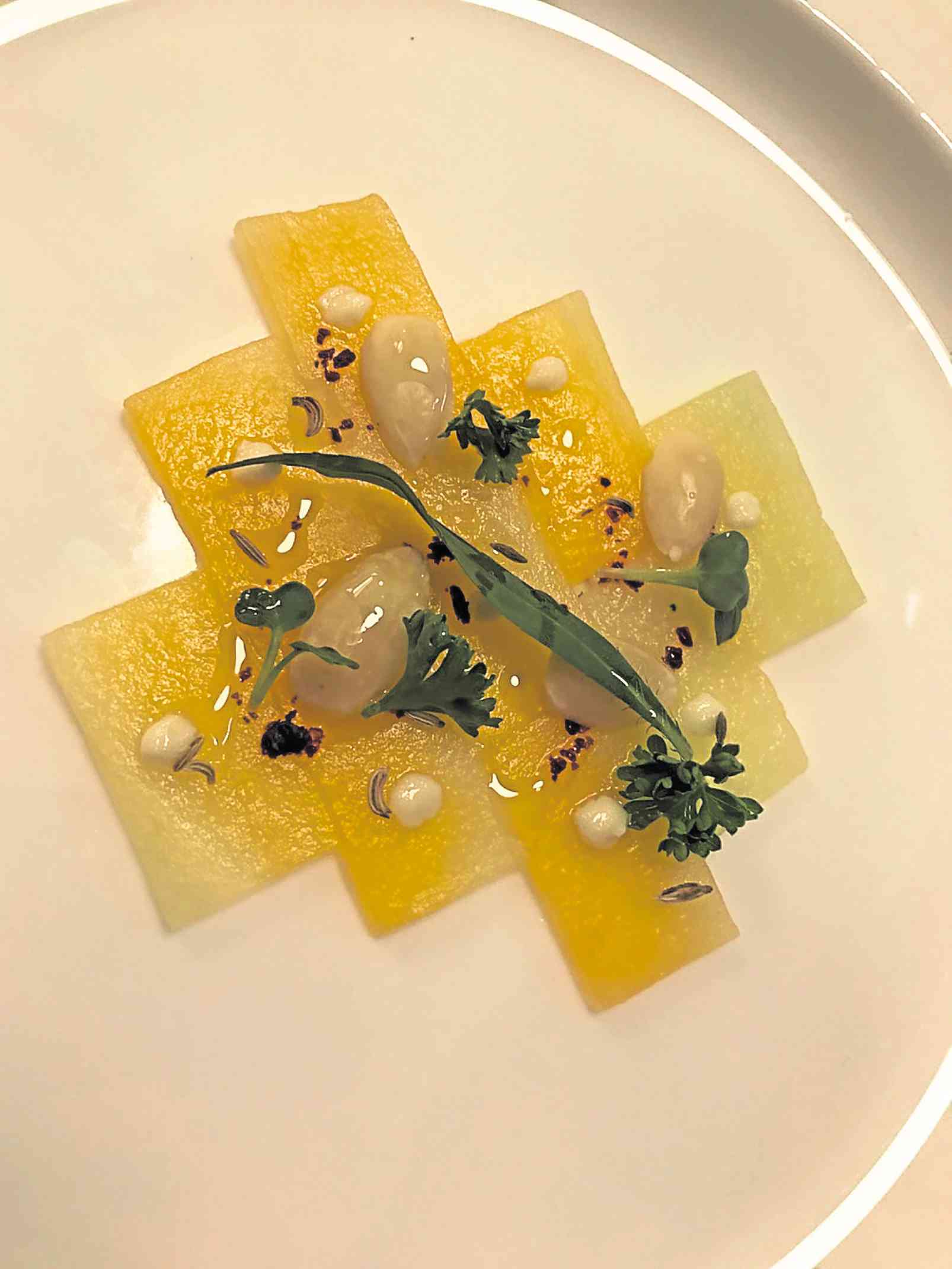 A taste of unfamiliar ‘Anatolian’ cuisine

In the late 1990s, I found myself on a sandy beach in Northern Cyprus or the Turkish Republic of Northern Cyprus (TRNC). If you haven’t heard of it, I can’t blame you because, as a political entity, it is recognized only by one other country, Turkey.

TRNC’s most precious commodity is water. The natural water of the island, already scarce, is on its southern part and is controlled by the Cypriot Republic. Turkey kept the water supply constant by delivering it from the mainland in giant balloons that floated on the surface of the water, towed by tugboats.

In 2015 the Turkish government inaugurated a giant pipeline that would run be neath the surface of the straits and deliver a continuous supply to the occupied territory.

Coming from Istanbul— with its touristy restaurants hawking “authentic” Ottoman cuisine, the kokoreç stalls on every other street corner and the international food served in five-star hotels—the paucity of familiar food in TNRC was as though a great noisy radio had suddenly been shut off. There was bread, fresh white cheese, lots of olives, oil, tomatoes and eggs.

The few tourist spots advertised hamburgers and hotdogs, but when you venture deeper into the villages, they were eating things you had never seen before—and which, since they spoke no English, they couldn’t explain to me.

I realized that Turkey is a big place and Istanbul is not Turkey.

Hence, I was very interested when Cheryl Tiu invited me to one of her cross-cultures dinners featuring a modern Turkish restaurant, Neolokal, which was involved in the “Ark of Taste” project that sought to preserve the vernacular cuisines of Turkey.

In fact it calls its food “Anatolian” rather than Turkish. Anatolia is the expanse of land that forms the very tip of the Asian continent and comprises most of the land mass of Turkey.

Neolokal, like many modern restaurants, is about diving deep into the cultural heritage of the country—in this case, the more neglected eastern half. Here, we are less in the shadow of the great empires of Constantinople, and later of the Ottoman Turks, especially the royal court cuisine of the palace.

The face of Turkish cuisine that it presents to the world is only one aspect of its multilayered history, from the Central Asian nomads to the Seljuks to the Ottomans and the interaction with the European cuisines of the west and the Arab cuisines of the east.

Neolokal is the fourth restaurant to be opened by Maksut Askar, who was hailed “Best Chef of the Year” by Time Out magazine in 2014. He has made it his life’s work to create a “new Anatolian cuisine.”

In Manila he cooked at Flame at Discovery Primea, taking over the kitchen for two nights. (Disclosure: I was invited by the organizers and dined as a guest).

The amuses-bouches of the meal immediately plunged me into the unfamiliar Anatalion culinary culture: popped wheat and yogurt soup, bulgur with beef tartar and sour yeast with fried mussels. A standout was the tahini humous, literally colored with spices.

The main dish ended with beef that had been simmered in duck stock and then pulled apart, in a “sandwich” between delicate phyllo slices that had been fried in duck fat.

Yogurt and grains were a recurring theme throughout the meal.

Dessert was an enticing plate that turned out to be pumpkin simmered in sugar syrup and a parfait that had a smoky taste lent by the tahini.

The only thing that was familiar was among the petit-fours at the end of the meal, where they served the touristy—but unmistakably Turkish—lokum, also known as Turkish Delight.

The meal had just enough familiarity to keep us grounded in the little that we know about Anatolian cuisine, and just as we began to get comfortable, the chef would knock us out of our comfort zone with something new.

The only thing I would have wanted were more detailed notes so that we would know whether or not something was unfamiliar.

The problem with Turkish cuisine is not that there’s too little written about it, but that there’s too much for anyone but an expert to take in. Palace records were meticulously kept, ethnographers have studied the melting pot of Istanbul as a crossroads of the European and Middle Eastern world (which it remains to this day), and new research is constantly being done about the vernacular foods of the vast territory that the Turkish republic encompasses.

I wish I could give a more informed report of the delightful meal we had—but the bewilderment is all the more reason to hop on a plane and explore the diversity of this complex and important cuisine in greater detail. —CONTRIBUTED