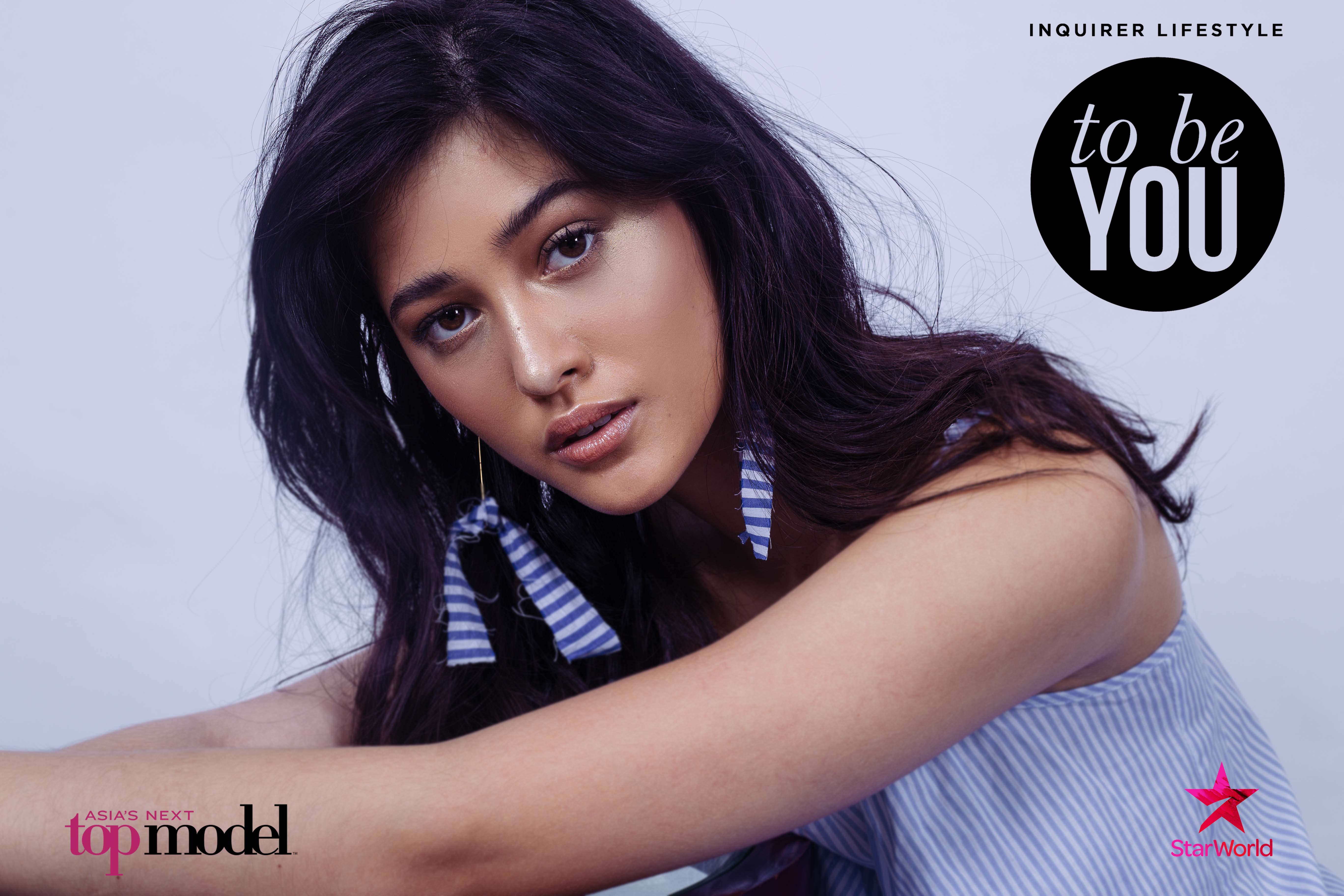 On June 28, the fifth season of “Asia’s Next Top Model” (AsNTM) will reveal and crown its newest Top Model winner.

Of the remaining three contestants, one of them is the last Filipina standing—19-year-old Maureen Wroblewitz. Her soft but piercing eyes can kill with just one look, but it’s more than her pretty face that makes her a strong contender in the competition.

Born to a German father and Filipino mother, Maureen is the middle child of four siblings. She’s also quite the traveler, having lived in three countries in the course of her young life.

“I was born and raised in Saudi Arabia, where I have lived for 12 years. We moved to Germany, where I lived for six years. Then I moved to the Philippines last September,” she says.

Scouted as a model via Instagram when she was 15, Maureen only decided to pursue the career in the Philippines, where she was spending her gap year from school.

Insecure about her height (she’s 5’6”), Maureen was hesitant to audition for AsNTM, but family and friends encouraged her to give it a try. Looking for a good experience and a chance to step out of her comfort zone, she gave in to their prodding, and the rest is history.

As the shortest and youngest contestant on the Asian edition of the popular modeling search, Maureen doesn’t let these seeming disadvantages stop her from reaching her goals. As viewers have seen, she’s landed among the top three in numerous challenges and even had the Best Photo of the Week on Episode 11. Much to the delight of the judges—and the dismay of her fellow competitors—she surpassed everyone’s expectations.

“I was told that I’m just a ‘pretty face.’ It’s been like that since the start of the show. Maybe I threatened other more experienced models who didn’t understand why I was still there. Maybe they told me these things because they wanted to bring me down,” Maureen shares. “But honestly, that experience was not a bad thing.”

Through it all, Maureen remained optimistic, turning obstacles into motivators to do better.

“Being a model without much experience gives you more room to learn. I’m a sponge soaking up everything, and I apply what I learn in the next photo shoots. I’m new to everything, so I just do what the judges and mentors say,” she shares.

Interestingly, each challenge she faced revealed a little-known competitive side to her.

“Rather than letting comments bring me down, I say to myself, ‘Okay, I can’t let them win. I have to show them I deserve to be here. I deserve to be in this competition because I’ve come this far.’”

Of the inevitable haters, Maureen says, “My advice is not to mind them because they’re not important. Focus on the things you love, things you want to do in life. Use that to prove them wrong. Focus on the positive things, and the people who love you.”

Though she’s only been here for a short time, Maureen considers the Philippines home.

“I always say this, I love being in the Philippines. I love the people here because they’re so welcoming. Very friendly, very different—you can really feel their support.”

She considers her mother her role model and a strong influence in helping her appreciate her roots.

“My mom always taught us about Filipino culture and to take pride in being Filipino. That’s why I moved to the Philippines, because I really love the culture.”

For all her visibility on TV, print and social media, Maureen still hasn’t gotten used to the increased fame and support she’s received from fans and followers.

“It’s crazy because I’ve always looked up to other people,” she says. “Having people look up to me is a crazy feeling, but I hope I am a good role model to them.”

She’s certainly living proof that dreams do come true. When asked how people can live life to the fullest, the self-described shy and weird girl sums up her amazing journey on AsNTM:

“Do something you’ve never done before, don’t mind what people think and don’t be afraid.” —CONTRIBUTED