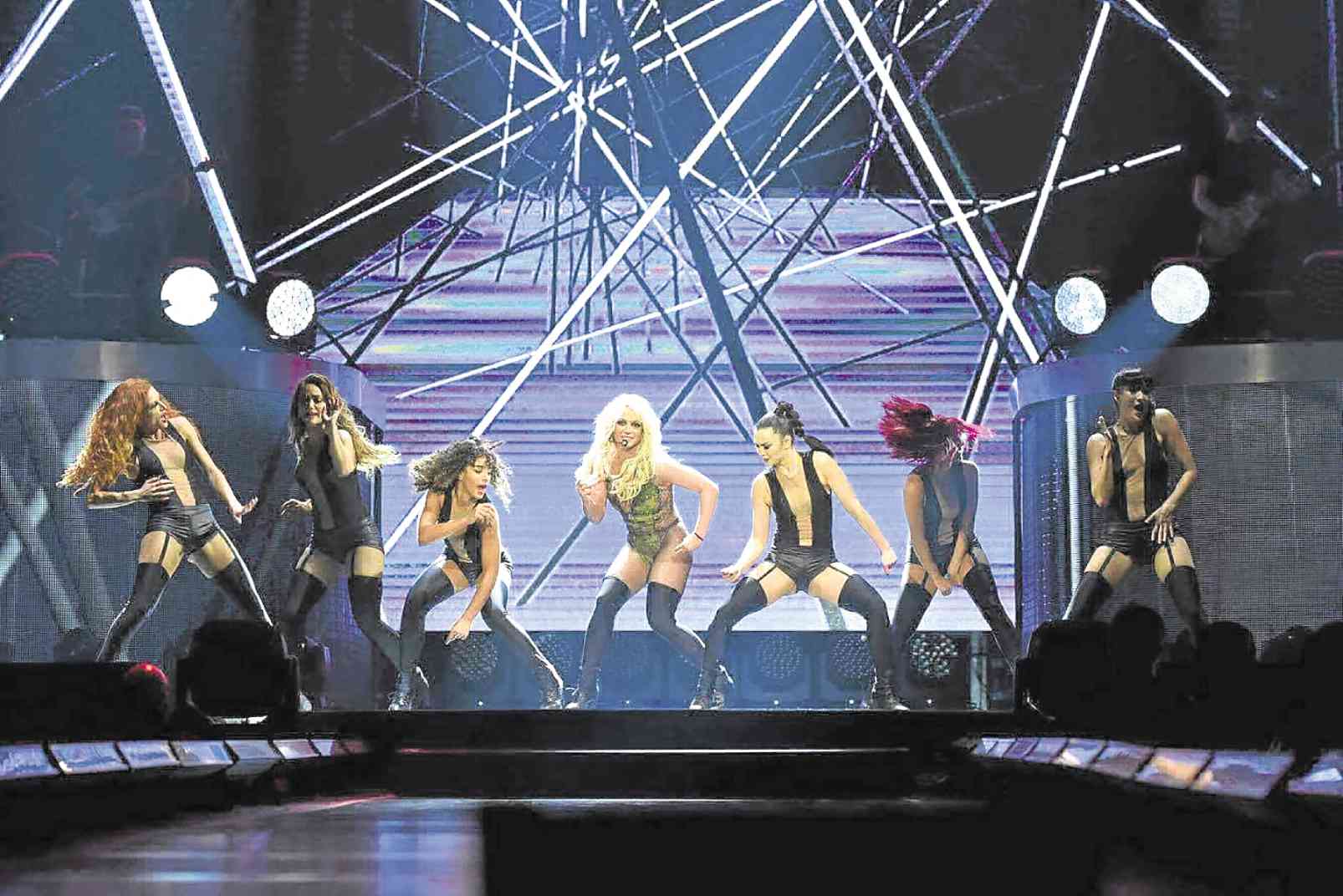 Fans at Britney Spears’ concert are mostly young professionals—kids who grew up in the ’90s listening to her music. –Photos by Sherwin Guzman courtesy of Wilbros Live

When it was reported in 2015 that Britney Spears had extended her residency at Las Vegas’ Planet Hollywood for another two years, I remembered talking to my best friend about going to the Sin City just to catch a glimpse of the woman whose music has defined milestones in our lives.

But, of course, our conversations were mostly wishful thinking since we couldn’t afford that roundtrip ticket to the United States. That’s why when it was announced in March that the Philippines was part of Britney’s Asian tour, we were so overwhelmed with joy because after so many years we’d finally get to see her perform live.

Fate, however, appeared to be playing a game with us as tickets were priced to as much as P28,350. Based on the Entrepreneur’s list, ticket prices at Britney’s first concert in the country was the third most expensive foreign act over the last six years; topped only by Madonna and Il Divo.

It was such a dilemma for us, especially that we did not see this coming. But because it’s Britney and we were unsure if she would ever come back, I looked for ways and managed to get a good seat even at the last minute—good thing additional seats were opened up by her team.

Unfortunately though, my best friend, who’s truly an avid fan of Britney, wasn’t able to make it as she had to take care of her child. 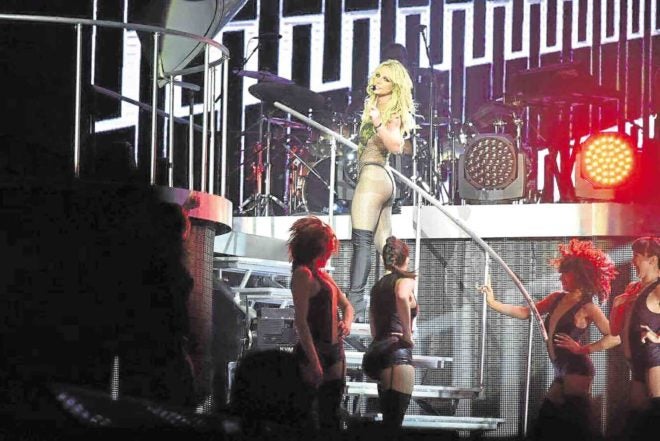 It was reported that Britney’s Philippine tour did not sell as well as it was hyped. This was, however, proven to be false as fans packed the arena to the brim. And as Britney stepped onstage, the entire arena which waited for this moment to happen went wild and loud to the point that you can’t even hear Britney as she opened her show last Thursday night with “Work Bitch.”

In concerts like this, fans would usually spend most of the time taking a video of their favorite artist’s performance. But in Britney’s case, we observed—at least in our row—that fans savored each moment of her performance, only taking videos or photos at the start or midway through a song.

And because she’s in Manila, fans eagerly awaited for her to sing “Piece of Me,” her 2007 hit which is a commentary to the media’s scrutiny of her private life, and where she suggested that she had snuck into the Philippines. We just hoped Britney gave more emphasis on this part of the song, as the shout out is somehow special to fans.

We were treated to a trip down memory lane when Britney sang “…Baby One More Time” and “Oops! I Did It Again,” songs that were staple choices in almost every dance number performed during our elementary days.

As Britney went on for a costume change, a video montage of her music videos over the almost two decades flashed on the LED screens while “Change Your Mind” from her 2016 album “Glory” played in the background.

The 35-year-old pop superstar reappeared onstage in what looked like a black lingerie for “In the Zone” and “Gimme More.” Her set list did not deviate too much from her “Piece of Me” set list, as she also performed “Scream and Shout,” “Boys” and “Do You Want to Come Over.” She also danced to the medley of Missy Elliott’s hits “Work It,” “Get Ur Freak on” and “WTF (Where They From).” 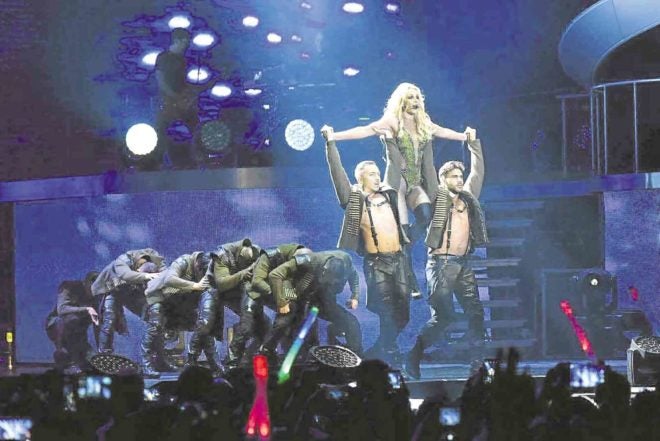 Britney’s steamy and fiery side showed as she worked on the pole during her “I’m a Slave 4 U” number.

Her midtempo ballad “Make Me” was not only a visual treat but also a good break from her high-energy songs.

It was only midway through the concert that she interacted with us.

Probably because of the many trips she has had—and she arrived in the country barely 12 hours before the concert—she confused Manila with Milan when she asked how her fans were doing.

She did, however, correct herself when she realized the mix-up.

It was quite disappointing though that it was an American and not a Filipino fan who got the chance to be whipped and be leashed by Britney for “Freak Show.” On the Taipei leg of her tour, her boyfriend Sam Asghari was given the honor.

On the latter part of Britney’s show, she performed her songs from her “In the Zone,” “Circus” and “Glory” albums, such as “Do Something,” “Circus,” “If You Seek Amy,” “Breathe on Me,” “Slumber Party” and “Touch of my Hand.”

Most of those who came to the Mall of Asia Arena for Britney’s concert were young professionals—kids who grew up in the ’90s listening and watching her music videos that dominated that era’s pop scene. Some even went the extra mile by coming to the concert all dolled up as Britney.

On social media, these fans said that they teared up as Britney performed “Toxic,” “Stronger” and “Crazy.”

Who wouldn’t tear up in a scene that is so surreal? In a concert that you’ve almost given up hope that would ever happen?

And as confetti dropped during her encore performance of “Till the World Ends,” in our hearts we were hoping that this would never end.

Critics would say that it was just a waste of time to watch someone just mime through her entire 90-minute performance.

But it’s not an issue for the Britney Army, who saw her over the last two decades as an artist who helped struggling children make it through teenage life with her music, and someone who managed to prevail over her darkest moments amid society’s prying eyes and unrealistic expectations.

Just ask the hundreds of fans who turned the lobby of the arena into a makeshift stage as they sang Britney’s classic songs. That’s the kind of music that not only inspires but also helps people deal with life’s challenges.