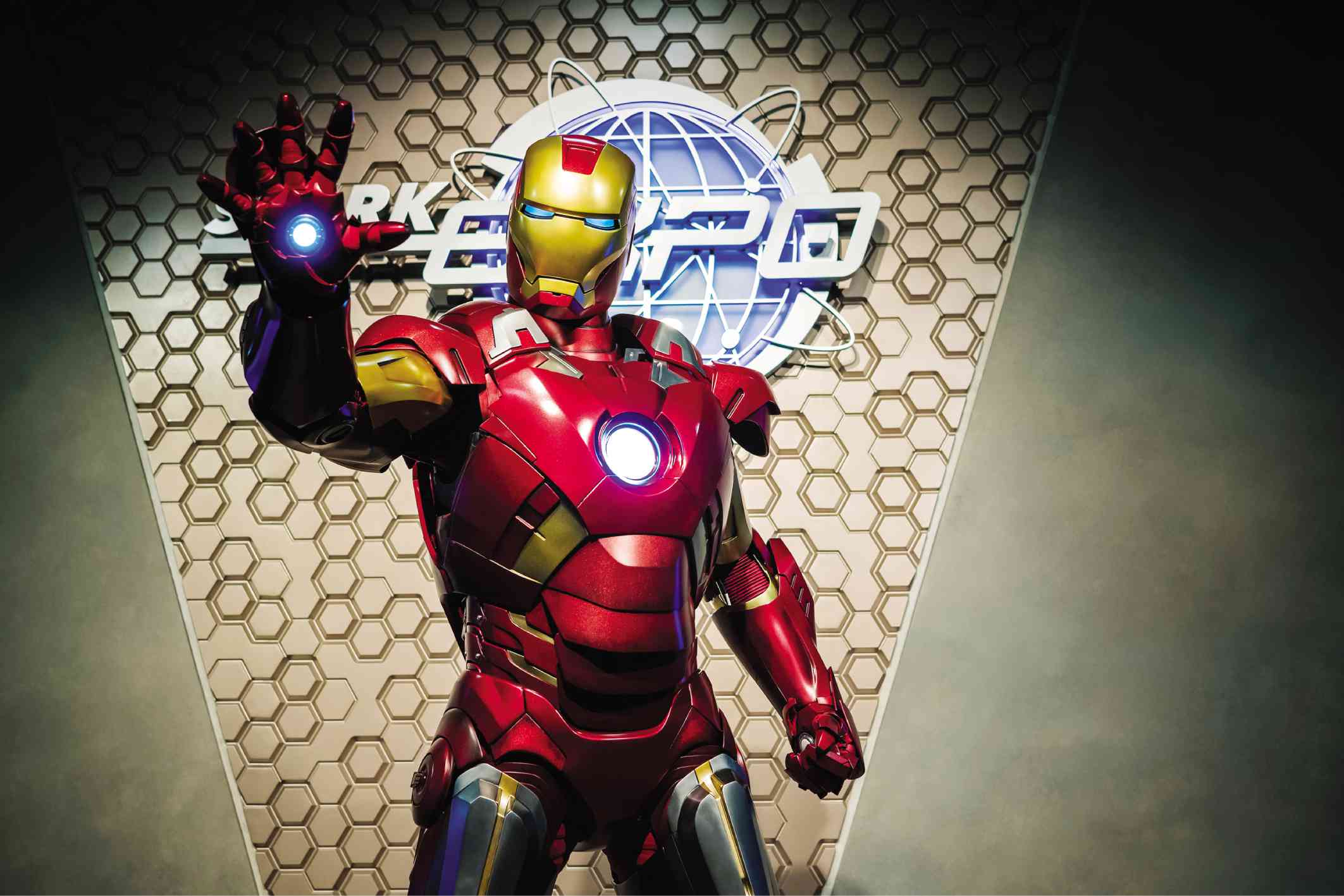 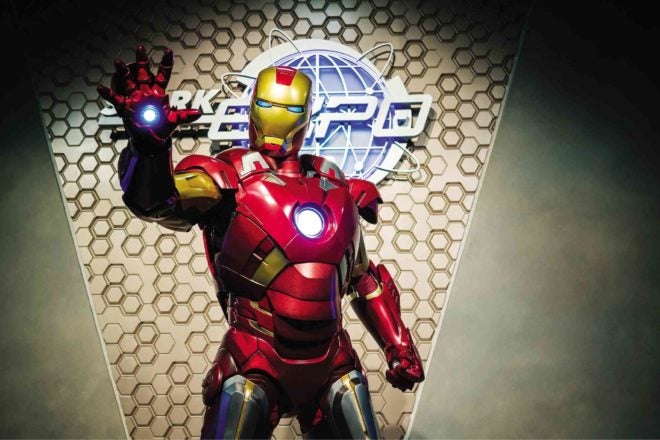 Tony Stark took over Tomorrowland, letting guests explore the halls of Stark Expo. Thrill-seekers can slip on a pair of StarkVision glasses and board a JARVIS-piloted Expo Edition Iron Wing for an action-packed adventure through the skies of Hong Kong. Guests also get the chance to meet Iron Man himself.

The Expo Shop, home to over 70 exclusive Iron Man products and more than 250 Marvel-themed memorabilia, offers people the chance to become Iron Man by virtually trying his iconic armor. You can even eat Iron Man-themed meals. (We really enjoyed our Hero Burger.)

It is the total Iron Man Experience—no wonder it quickly became the park’s most popular attraction. The Marvel universe continues to grow at Hong Kong Disneyland with Marvel Super Hero Summer and now it is the epicenter of superhero action in Asia.

Since June 14, more superheroes have assembled at Hong Kong Disneyland. The best part? You get to be a hero too as you help your favorite crusaders thwart Hydra’s diabolical plans.
Captain America

Get official agent credentials and a personalized ID and train as the newest agent of S.H.I.E.L.D. Captain America will welcome you to the team and Spider-Man will show you what it takes to be a superhero—memorable moments that are also perfect photo opportunities.

Join forces with Doctor Strange and try to recover the Portal Nexus before Hydra does in Mission: Dimensions of Danger, an immersive interactive walkthrough experience. Black Widow and Hawkeye will join you in Launch Bay. Get ready for action with Thor in Odin’s Vault and back up Star-Lord in the Collector’s Museum.

Did your missions work up your appetite? Refuel with over 20 Marvel-inspired eats like the Super Hero Jelly Cup and Hero Burger Combo served by Stark Kitchen. You can also find Super Hero beverages and Super Hero Cotton Candy along with desserts that will make you go “Kapow!” Grab drinks in a souvenir 3D Iron Man Stein or Iron Man Tumbler. More superhero-worthy desserts and drinks are available at Chef Mickey at Disney’s Hollywood Hotel.

Take home a piece of the action too. Suit up at Marvel Supply HQ which offers shirts, toys, stationery and more—there are nearly 300 Marvel-themed items available. You can get your face painted too and stop for a jaw-dropping green-screen photo at the Marvel Supply HQ.

After completing missions and collecting all four Medals of Valor, guests with S.H.I.E.L.D. Credentials and ID get a 20% hero’s discount on Iron Man Experience: Hong Kong Heroes #1, an original, limited edition comic book that Hong Kong Disneyland and Marvel teamed up to work on.

A Marvel Summer Hero Summer installation featuring the comic book will be on display at Ocean Terminal Forecourt, Harbour City in early July, inviting them to take part in the adventures at Hong Kong Disneyland.

In mid-September, fans can look forward to the Marvel 10K Weekend 2017 presented by AIA Vitality. Captain America, Spider-Man, Thor and other superheroes will cheer runners on at the race event.

Hong Kong Disneyland is just getting started. Prepare a heroic welcome for even more Marvel-themed entertainment coming your way as the resort continues to expand.

”As Marvel continues to grow globally, so does our international fan base, and it’s important to us that our stories now reflect the world outside the windows of our readers no matter where they live,” said C.B. Cebulski, vice president of Marvel Brand Management and Development, Asia. “With the Iron Man Experience having opened at Hong Kong Disneyland; with Hong Kong playing such an important role in the “Doctor Strange” movie; and with the Marvel Super Hero Summer launching in June, there is no place more prevalent in Marvel continuity right now than Hong Kong. So it just felt natural to do a new original story set here, introducing a new Asian Hero from Hong Kong!”

Randy Wojcik, creative director of Entertainment and Costuming, Hong Kong Disneyland Resort, said, “Marvel’s Super Heroes are some of the world’s most fascinating characters… We’re incredibly proud to create this experience for our fans in Asia. This year is truly a Marvel year at the resort, and the Marvel action won’t be stopping anytime soon! ”

Unleash your inner superhero at Hong Kong Disneyland until September 3, 2017.