‘West Side Story’ is coming to Manila in August–here’s what you need to know | Lifestyle.INQ ❮ ❯ 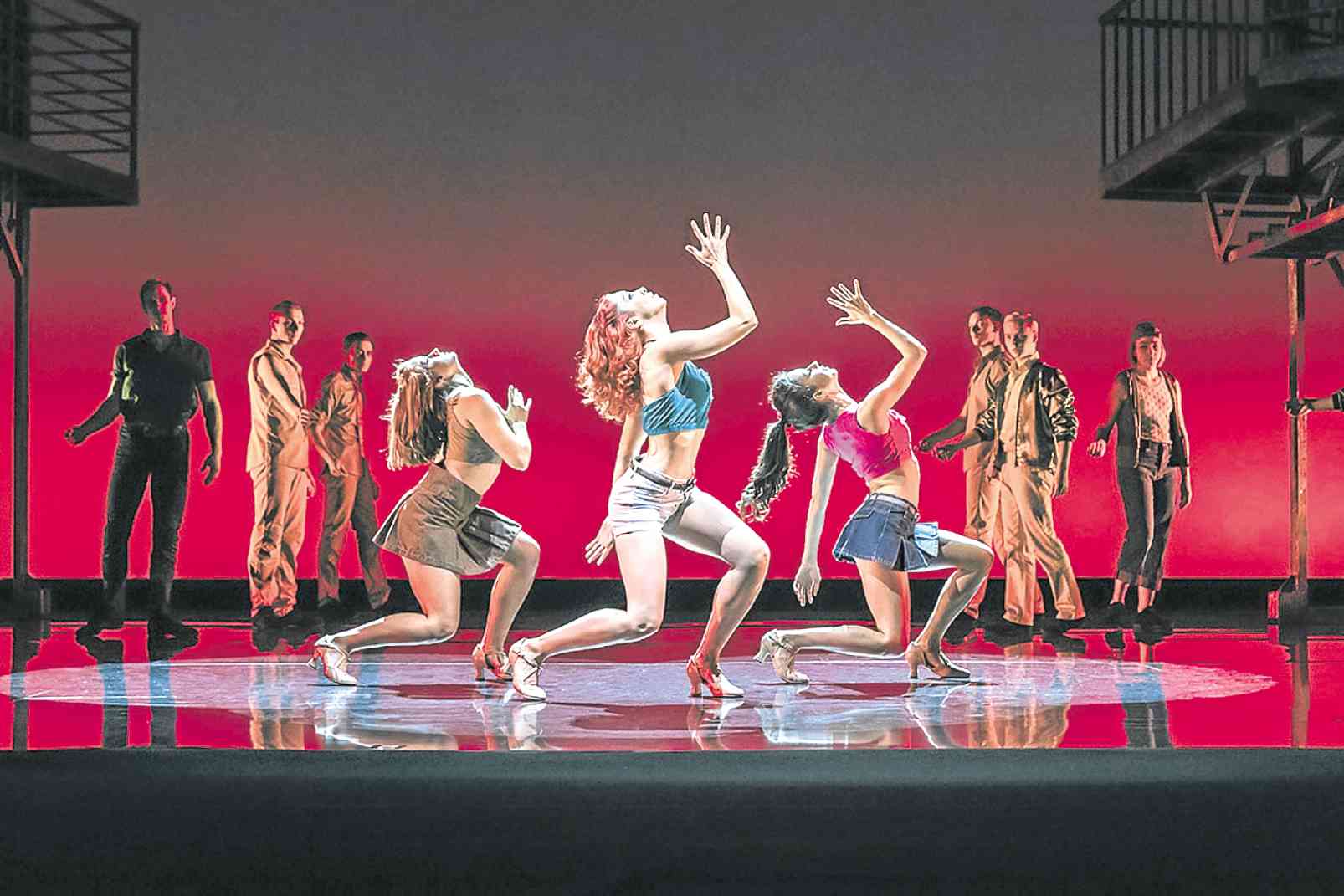 “West Side Story” is as powerful as it was when it opened on Broadway 60 years ago.

Concertus and Lunchbox Theatrical Productions, the partnership that has brought to the Philippines shows like “Phantom of the Opera,” “Wicked,” “Chicago,” “Singin’ in the Rain,” “Blue Man Group,” “Stomp” and more, is set to captivate Manila’s theater fans with another Broadway hit: “West Side Story.”

Here’s what you need to know about the show

It was inspired by Shakespeare.

“West Side Story” is an adaptation of “Romeo and Juliet.” In place of our star-crossed lovers are Tony and Maria who meet one hot summer in New York’s Upper West Side in the 1950s (back when it was a rough neighborhood years before it became the affluent home of the Lincoln Center).

Gangs of New York: the Sharks vs the Jets

There’s conflict—of course there is. Tony is a former member of the Jets while Maria is the sister of Bernardo, the head of the Sharks. The Polish-American Jets and the Puerto Rican Sharks are enemy gangs fighting it out to rule the streets of New York’s immigrant quarters. Can their love survive such a vicious rivalry?

“West Side Story” first opened on Broadway 60 years ago.

The show, conceptualized and choreographed by Jerome Robbins and written by Arthur Laurents, premiered on Broadway in 1957. It was a milestone in theater history, breaking new ground in numerous ways (it featured more dancing than any other Broadway show and required casting triple threats: talents who can sing, dance and act), taking the musical from mere entertainment and turning it into a stage for riveting social commentary.

Theater critic Walter Kerr wrote in the Sept. 27, 1957 edition of the New York Herald Tribune: “The radioactive fallout from “West Side Story” must still be descending on Broadway this morning. Director, choreographer, and idea-man Jerome Robbins has put together, and then blasted apart, the most savage, restless, electrifying dance patterns we’ve been exposed to in a dozen seasons.”

The show was nominated for six Tony Awards. After 732 performances, the show’s tour kicked off. It opened in West End in 1958. The 1980 and 2009 Broadway revivals were also wildly successful, with the 2009 revival selling over a million tickets in less than two years.

“West Side Story”—a steady explosion of music, dance and action—is as fresh as it was when it first opened. It may be decades-old but its appeal and relevance are timeless in this turbulent world. It’s powerful, magical, full of energy and continues to be a must-watch.

Even if you haven’t seen the production, we’re sure you’ve heard some of the songs, all penned by a then young lyricist Stephen Sondheim (who went on to work on “Sweeney Todd,” “Into the Woods,” “A Little Night Music”) with music by Leonard Bernstein.

“Tonight,” “I Feel Pretty” and “Maria” and of course “Somewhere” are some of the show’s breakout hits. (Tip: You can listen to them—and their many, many versions—on Spotify.)

The 1961 film version starring Natalie Wood and Richard Beymer is worth seeing, too.

It only won 10 Oscars. Let us say that again—10 Oscars, including Best Picture.

The film, directed by choreographer Jerome Robbins and Robert Wise, holds the record for most Academy Award wins for a musical film. The movie soundtrack won a Grammy and stayed on the top spot of the Billboard charts for 54 weeks, also a record.

In its very early stages, the show was going to be about religion—the tale of a Jewish girl and a Catholic boy.

Arthur Laurents had considered James Dean for the role of Tony but the actor died.

Choreographer Jerome Robbins kept the cast members who played the Jets and Sharks separate to heighten the tension between the gangs during the show.

If it were up to Stephen Sondheim, “West Side Story” was going to be the first musical to drop the F-bomb on Broadway. But obscenity laws and warnings from Columbia Records stopped his plans.

Elvis Presley was approached to play Tony in the 1961 film but his manager said no. It is said that Elvis regretted giving up the part after the film became a success. Warren Beatty, Dennis Hopper and Burt Reynolds also auditioned for the role.

Audrey Hepburn wanted to play Maria but had to withdraw because she became pregnant. The role went to Natalie Wood.

“West Side Story” has cemented its place in pop culture, referenced in books, songs, films (watch how Ken met Barbie in “Toy Story 3”) and TV shows like “Glee,” “Curb Your Enthusiasm” and even “Tom and Jerry” cartoons.

Kevin Hack, who was nominated for a New Jersey Association of Community Theaters (NJACT) Award for playing Enjolras in “Les Miserables,” will play Tony.

The company, which includes 32 cast members who auditioned in Broadway’s Pearl Studios in 2016 (watch the auditions on Concertus Manila’s Facebook page) and 21 musicians, will be flying in for the Manila season of “West Side Story” which will run from Aug. 10 to Sept. 9.

Musical director and conductor Donald Chan has conducted the show more than 3,000 times.

The 2017/2018 tour began in Istanbul and will end in Groningen. The Manila season happens between the tour’s Tokyo and Singapore stops.

To make the show possible at The Theatre at Solaire, they are bringing in 11 tons of floors and sets, five trucks of equipment and over 50 costumes.