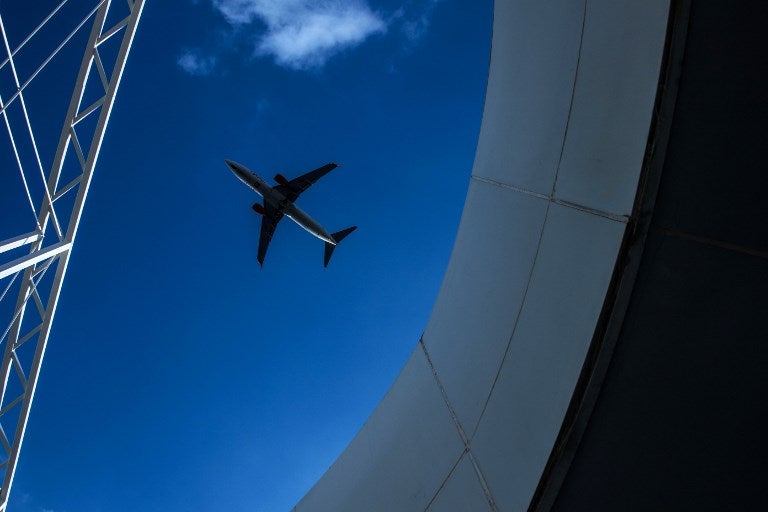 An 80-year-old Chinese woman delayed a domestic flight from Shanghai this week for nearly six hours after throwing coins into an engine of the plane supposedly for good luck.

Shanghai police later said they would take no further action against the woman — said to be a Buddhist — due to her age, although Chinese Internet users were far less forgiving.

AFP looks at flights across the world that were delayed or failed to reach their destinations for unusual reasons.

Passengers in Moscow demanded that the pilot for their Aeroflot flight to New York be removed because he was drunk. The first sign of trouble came when the pilot slurred his words during the pre-flight announcement, The Moscow Times said in February 2009. At a time when Aeroflot’s reputation was already at rock-bottom due to a series of safety incidents, one passenger told the newspaper: “The first thought that occurred to me was, ‘This guy is drunk’. His speech was so slurred it was hard to tell what language he was speaking.” The pilot emerged from the cockpit of the Boeing 767 red-faced with bloodshot eyes and appeared unsteady on his feet. The crew was replaced and the flight later departed safely.

An Air India passenger jet heading to Frankfurt was forced to return to Mumbai after a bag of curry powder set off smoke and fire alarms. Pilots on the Boeing 747 activated fire extinguishers after receiving a cockpit warning about a fire in the cargo hold in June 2009. But on the plane’s return to India engineers said the alert had been triggered by a leaking bag containing curry powder. The bag was removed before the plane took off again after a 12-hour delay.

Snakes, rats, mice and scorpions have all prevented planes from taking off, but in January last year a bee delayed an Indonesian passenger plane for four hours after getting stuck in vital equipment and causing a problem with the aircraft controls. The flight, operated by Indonesian flag carrier Garuda, was scheduled to take off from the western island of Sumatra and head for Jakarta. But the pilot of the Boeing 737, which was carrying 156 passengers, decided not to take off after noticing a problem with the controls. The airline did not say whether the bee survived the ordeal.

A pilot for a British budget airline briefly lost control of a flight after his artificial arm came loose during landing. The Flybe plane carrying 47 passengers was coming in to land at Belfast City Airport from Birmingham in February 2014 when the pilot’s prosthetic forearm became detached from a special clamp fitted to the plane’s yoke. This caused the plane to land with a “bounce,” but no one was injured. Flybe said it was proud to be an equal opportunity employer. The captain pledged to be more careful in future about checking the attachment on his artificial limb.

‘I’m not qualified to land plane’

Another British passenger plane was forced to turn back minutes before landing in Paris in 2008 because the pilot of 30 years’ experience was not qualified to land in fog. Speaking over the address system as the Flybe flight approached Charles de Gaulle airport, the pilot announced to startled passengers “I am not qualified to land the plane” and turned back to Cardiff. The Civil Aviation Authority described the incident as “quite unusual but probably not unheard of.”