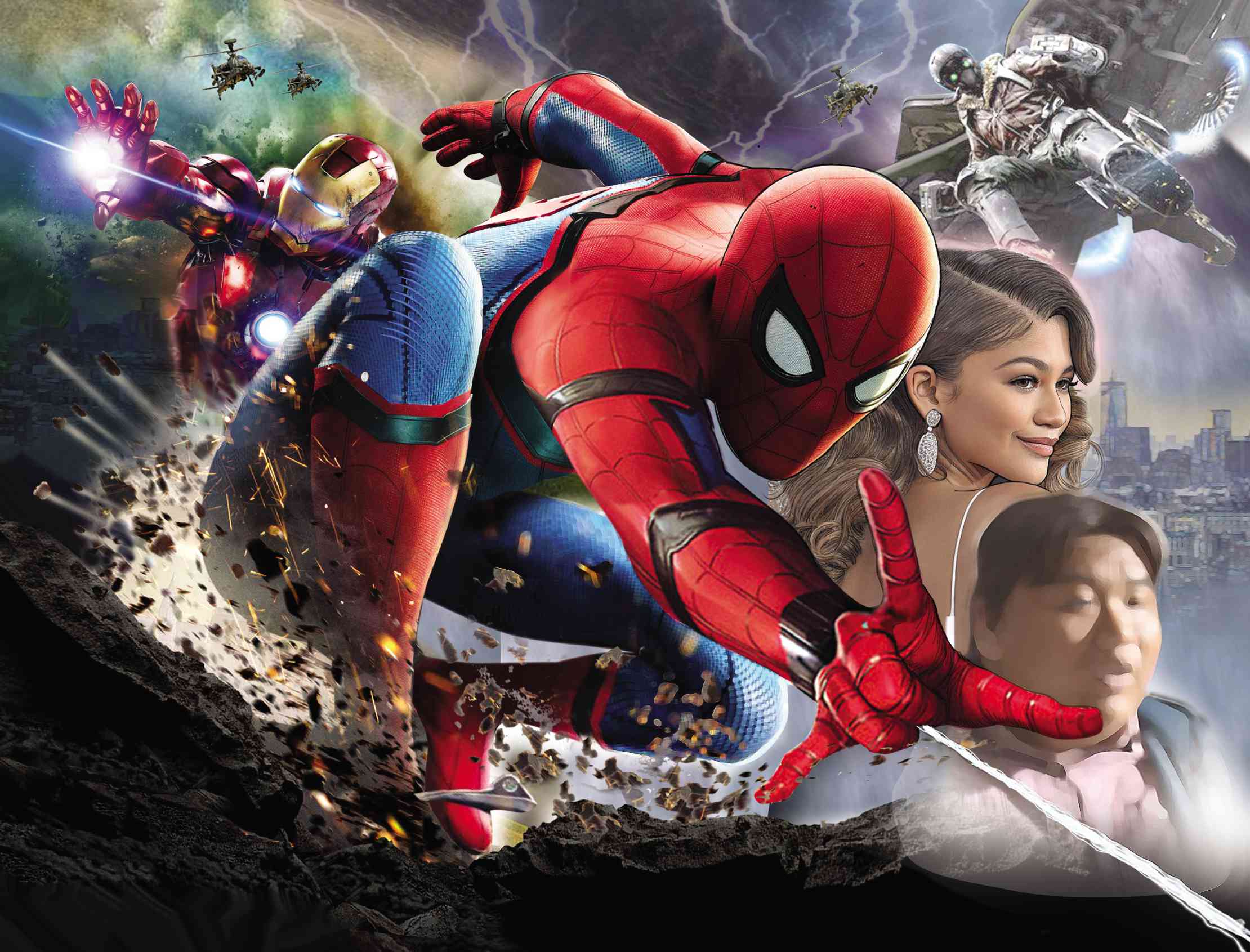 SINGAPORE—Believe it or not, Spider-Man has not been home for a while. While he is arguably Marvel Comics’ most iconic character—and one of comicdom’s most popular characters—Marvel couldn’t make movies about Spider-Man for a long time. Back when Marvel wasn’t making its own movies yet, the rights to Spider-Man were sold to other studios, ultimately leading to five Spider-Man films, beginning with 2002’s “Spider-Man” (starring Tobey Maguire directed by Sam Raimi) up to 2014’s “The Amazing Spider-Man 2” (with Andrew Garfield directed by Marc Webb).

But when the Marvel Cinematic Universe (MCU) was born in 2008 with the release of “Iron Man,” Marvel Studios enabled the comic book giant to adapt their own properties into motion pictures again. In 2012, “The Avengers” featured several of the MCU’s big heroes fighting together. But Marvel couldn’t do a Spider-Man movie—not yet.

That all changed in 2016’s “Captain America: Civil War,” when Marvel and Columbia Pictures worked out an agreement that had Spider-Man (Tom Holland) being recruited by Tony Stark (Robert Downey Jr.) to fight on his side of the internecine superhero conflict. Crowds cheered with the profound realization that Spider-Man was back where he belonged.

“Spider-Man” was famously created by Stan Lee and Steve Ditko, first appearing in “Amazing Fantasy” # 15 in 1962, ushering in the Marvel age of heroes. Unlike other superheroes, Peter Parker was a high school nerd given powers by the bite of a radioactive spider. He worried about everyday things, like school, cash, the affections of the pretty girl and the state of his aunt. Spider-Man became an icon by becoming the world’s most relatable superhero. He still is.

This is where “Spider-Man: Homecoming” comes in as well. “Civil War” introduced Parker who had started off his own vigilante career. Jon Watts (director of the independent film “Cop Car”) helms an exploration of his life after the events of “Civil War,” which means, again, school and the pretty girl. As shown in “Civil War,” Peter lives with his Aunt May (Marisa Tomei) as Stark tutors him in becoming a better hero. “Spider-Man: Homecoming” features what happens next.

For Marvel Studios president Kevin Feige—speaking via Skype from Los Angeles—there is so much significance in including Spider-Man in the MCU: “We loved the notion of bringing these characters to life and putting them together in the same universe.” That’s why casting is such an important part of Feige’s job, and something he enjoys. “Will the fans embrace this actor as that character,” he says. “Thankfully they have. Proof of this is the three Chrises, Evans (Captain America), Hemsworth (Thor) and Pratt (Star-Lord). Now, we have Tom Holland.”

In “Spider-Man: Homecoming,” Holland faces down high school life and battles the high-tech villain the Vulture (Michael Keaton). He’s not doing it alone. Parker has a best friend in Ned Leeds (Jacob Batalon), who figures out his secret. During the Singapore press event, Holland revealed that he first met Batalon during a reading. “We hit it off immediately,” he said. There was the famous moment when Batalon was goofing around and put on the Spider-Man mask. Holland recalls, “He just put the mask on and everyone was like, that was hilarious. They were very open to collaborate with us and bring our ideas to the table.” Batalon says, “A lot of the scenes we did together were improvised. We did stuff that was really funny and they just kinda wrote it into the script.” Watts gave them the room to do what they wanted, something Tom appreciated as he considered it part of his process.

This adds to the friendly, accessible vibe of “Spider-Man: Homecoming,” clearly trying to make the film more inviting to younger audiences. There’s a whip-smart, witty feel to the scenes shown to the media. The hard reboot and back-to-the-basics approach means viewers don’t have to know Spider-Man’s filmic history to enjoy “Spider-Man: Homecoming.” In the past, Spider-Man has been called amazing and spectacular; this outing presents the essential Spider-Man.

In many ways, this is all part of the classic Spider-Man mythology. Parker goes to Midtown Science High School and his antagonist, the Vulture, is a vintage Spider-Man villain.

But “Spider-Man: Homecoming” is expending much effort to ground Spider-Man in the MCU reality; Holland recently announced that the kid wearing an Iron Man mask in 2010’s “Iron Man 2” was actually a young Peter Parker, firming up Marvel’s notion that Parker’s been in the MCU this entire time; we just didn’t notice him before.

This is a genuinely big event for anyone who knows about Spider-Man. “Spider-Man: Homecoming” buzzes with promise, action and meaning. Tom Holland is ready for his web-slinging close-up and Kevin Feige ultimately speaks for everyone when he says: “Spider-Man is an icon, one of the greatest superheroes of all time. We are finally able to bring him home to the Marvel Cinematic Universe.”