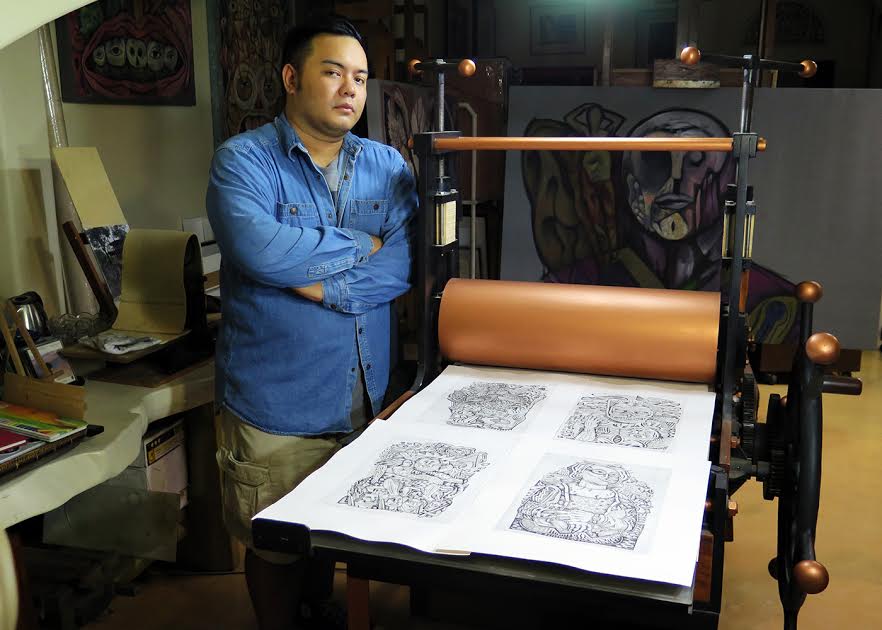 Janos Delacruz is the next featured artist at the National Commission for Culture and the Arts Gallery in an exhibit, “A Visual Journal…,” starting July 6.

Delacruz majored in Fine Arts at University of Santo Tomas, where he received the 2006 Benavides Award for Outstanding Achievement.

In college, Delacruz learned the basics of printmaking such as etching and woodcut. After college, he made further experimentation in printmaking and painting. He held a solo exhibition of intaglio prints at the Crucible Gallery.

Delacruz’ art is a philosophical narrative that often delves into social commentary and self-exploration. His subject matter is about the conflicted relationship between the divine beauty and man’s frailty. The urban landscape and its rich surreal imagery is Delacruz’s continuously evolving muse. 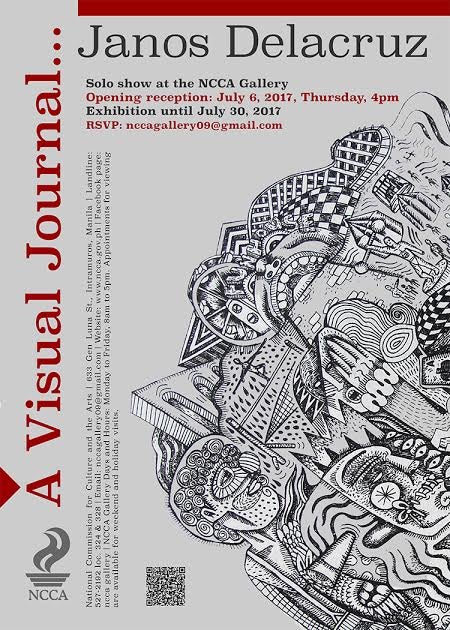 Delacruz attended the Art Students League of New York, in 2012. He won the Juror’s Choice of Merit in the Philippine Art Awards in 2013.