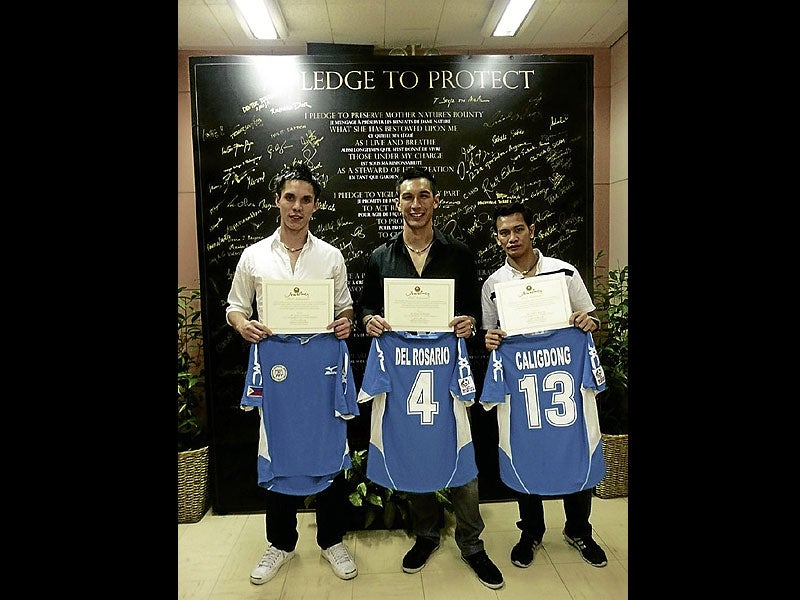 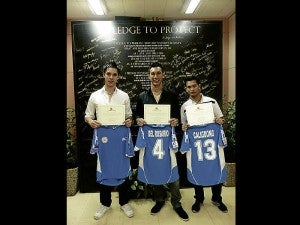 (Thumbs up)Jewelmer, the leading producer of golden Palawan South Sea pearls, recently named Anton del Rosario, Emilio “Chiefy” Caligdong and Simon Greatwich of the Azkals as their new Pearl Ambassadors. And they’re wearing golden South Sea pearl necklaces to show for it (though not on the field, of course). 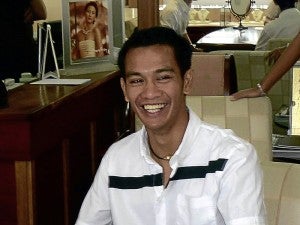 “Jewelmer’s Pearl Ambassadors are individuals with exemplary characteristics or talents who best represent what it is to be Filipino,” said Jewelmer marketing manager Mia Macapagal. “Anton, Chiefy and Simon, as part of Azkals, the Philippine football team, raise the Philippine flag on the football field every time they compete.”

Indeed, as the National Gem, the Philippine South Sea pearl is a treasure unique to the Philippines and something to take pride in. “These young men have proven their exemplary talent and, like the pearl, are a source of pride for the country,” said Macapagal.

As a symbol of their being Jewelmer Pearl Ambassadors, the football players proudly wear a golden South Sea pearl around their necks. “At first they were a bit hesitant about wearing pearls,” said Macapagal. “But now that they have it, they don’t seem to want to take it off!”