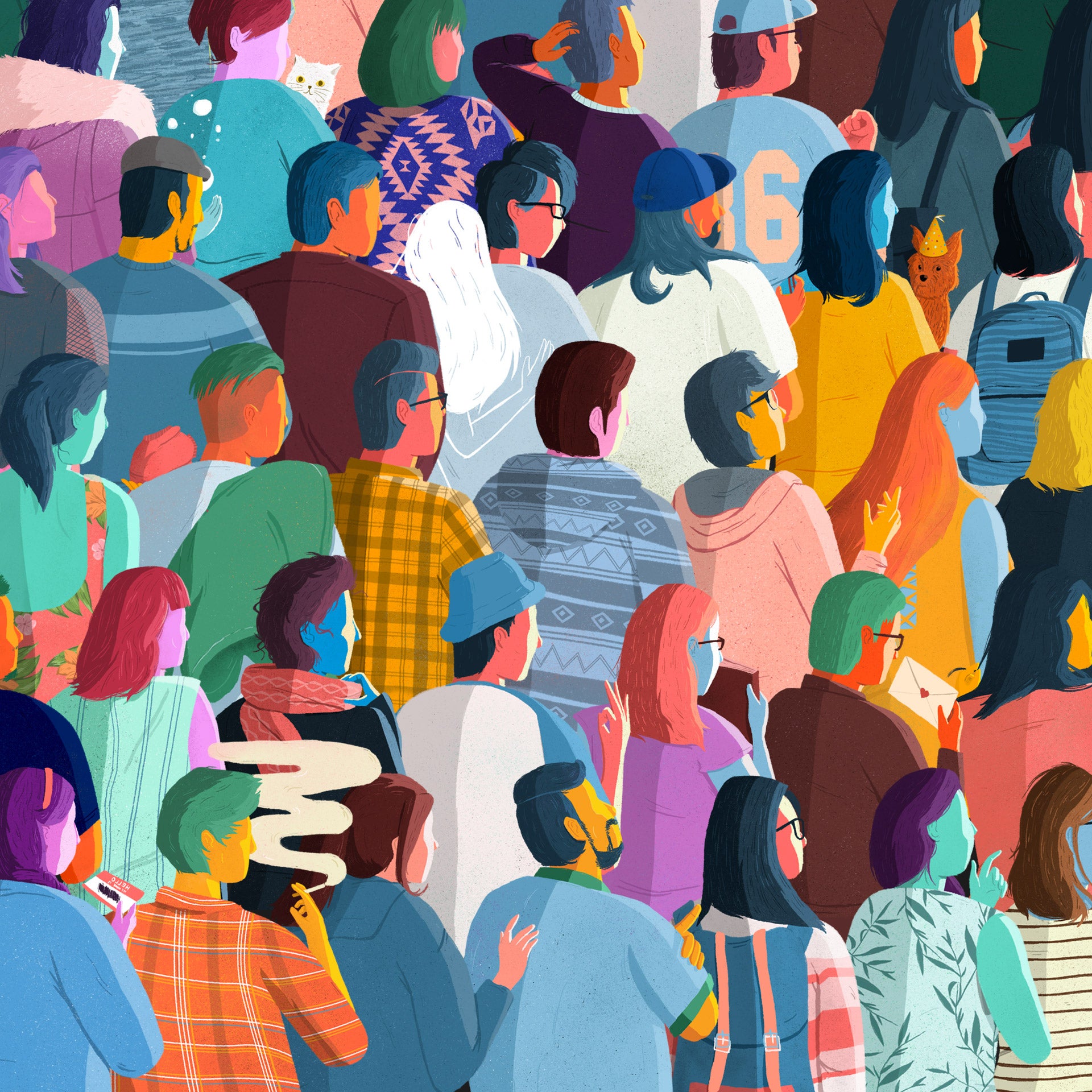 It was no longer a simple drawing session because the subjects, although with their backs turned toward the viewer, went on to unburden themselves of things they have kept as secrets.

Want to know a secret?

A 24-year-old Filipino illustrator has drawn attention on social media with an intriguing project, “100 Days of Secrets,” first seen on his Instagram page @trnz.eduarte.

Terence Eduarte started the project to challenge himself to illustrate people daily. Inspired by Elle Luna’s #100DayProject, Eduarte decided he wanted to do portraits with stories behind them—not just ordinary stories, but rather deep, dark secrets.

He proceeded to do digital portraits of strangers for free, though in exchange, he asked them to reveal their secrets. The idea was to sharpen his drawing skills and at the same time be surprised by what secrets lay beneath the people he was illustrating.

In time, the concept became more meaningful. It was no longer a a simple drawing session because the subjects, although with their backs to the viewer, went on to unburden themselves of things they have kept as secrets. The project served as a form of therapy.

Revealing a secret can be tough, and to have an outlet to do it anonymously is extremely helpful.

“Just a few days ago, someone told me she felt ‘infinitely lighter’ after sharing her secret—which she has kept for so long. She felt liberated when she bared it,” he said.

Eduarte has been featured on several websites, such as Huffington Post, Metro UK and Design Taxi, to name a few. Articles about “100 Days of Secrets” have been written in other languages like Spanish, French and Chinese.

His e-mail inbox has become a sort of confessional box. Though he doesn’t have the answers to the dilemma of some of the secrets, or the magic to make them go away, the illustrations of the individuals have lifted their spirits.

The drawings and corresponding secrets have also touched the hearts of Eduarte’s followers. They became aware of other people’s problems, empathizing with them despite being strangers to each other.

However, he won’t be doing this for long. He will stop once the illustrations reach 100. (It’s currently on Day 73.)

Eduarte started drawing at a young age. He enjoyed it a lot, and one of his early memories is making his own trading card game. At the time, he would use pencils and Post-It notes.

He graduated with a Fine Arts degree, major in Advertising, at the University of Santo Tomas.

He has focused mostly on digital illustration, but has lately gone back to painting. His illustrations have a distinct look. He experiments with color and adds texture.

Apart from “100 Days of Secrets,” Eduarte’s other digital illustrations have been seen in several publications. He has done editorial illustrations for magazines like Wired UK, Top Gear and Rogue. He has made several artworks for Bratpack.

He’s an artist to watch out for.