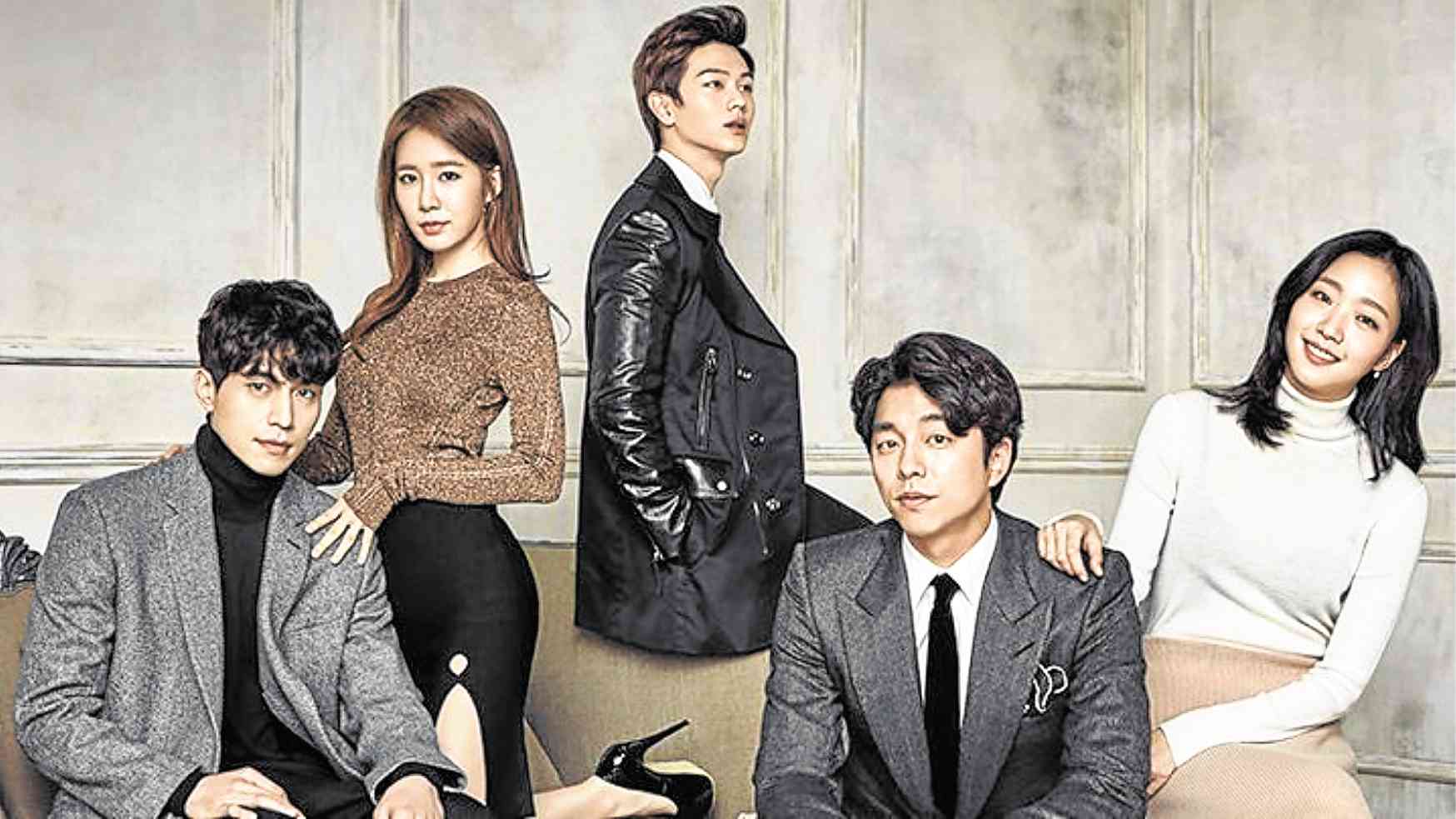 Why ‘Goblin’ is great

Sometimes, destiny can be seen in the signs— especially on Korean television. Imagine: a transcendent star, an up-and-coming cast, a perfectly high-concept premise from a top writer, a killer soundtrack and history. All these, among others, are the combined reasons why “Goblin” may be the greatest K-drama made—thus far. Prepare yourselves for the nerdiest article about “Goblin.”

“Goblin” ran on Korean network tvN for 16 episodes from December 2016 to January 2017. It rolled out in a competitive time slot (8 p.m. on Fridays and Saturdays) and by the time “Goblin” ended, it had won the slot handily. It then proceeded to gain traction in other Asian markets. It came to the Philippines—and conquered. But its success is more than just the latest K-drama taking advantage of its already-present audience. “Goblin” is indicative of how far the K-drama has come and just how pervasive the genre has become.

For starters, the show’s title isn’t what you first assume it to be. Most people assume a goblin to be a small, wrinkled, wretched creature trying to trick people into some kind of servitude. The show’s actual title is “Dokkaebi,” or “Guardian: The Lonely and Great God” in Korean, and here it refers to a supernatural being who helps normal humans through tough times or messes with them just for the heck of it. Yes, it’s an actual creature from Korean mythology.

The titular Goblin doesn’t look like what you think either. The show centers around Kim Shin (Gong Yoo), a successful general during Korea’s Goryeo Era, who is betrayed by his king Wang Yeo and winds up cursed to become a Goblin who will live forever until the fated Goblin’s Bride pulls his magical sword from his chest. So he stands on random rooftops looking good when he’s not helping out. In the process, Goblin has lived over 900 years and winds up in 2016 sharing an expensive, expansive home with a nameless amnesiac Grim Reaper (Lee Dong Wook), literally one of those guys who fetches people’s souls when they die. But Goblin also meets a 19-year-old orphan named Ji Eun Tak (Kim Go Eun). Eun Tak is no ordinary 19-year-old, as she can see the wandering souls of dead people who haven’t been able to move on, and she herself is a “missing soul.” “Goblin” really gets going when Goblin begins to suspect that Eun Tak may indeed be the Goblin’s Bride—but after falling for her, can he really ask her to pull out the sword to give him the death he thought he wanted so much for so long? The Grim Reaper meets Eun Tak’s sassy boss, Sunny not Sun Hee (Yoo In Na)—and, this being a K-drama—there’s much more to that than it initially seems. There are malevolent ghosts, divinity hiding in plain sight, missing bank books, reincarnation and, of course, everything being connected somehow.

The show’s success begins with its leading man, the titular Goblin. Gong Yoo first came to popular attention on another iconic K-drama, 2008’s “Coffee Prince.” Just as that show was a breakout success, Gong Yoo was the breakout success among the actors. He’s worked hard through the years to establish a career that meant more than relying on his natural good looks. Mission accomplished. By 2016, the tall, dashing Gong Yoo was one of South Korea’s biggest stars, most recently seen in the blockbuster international hit movie “Train to Busan.” It’s a very different Gong Yoo we see in “Goblin,” as he balances the dark backstory of Kim Shin with a genuine ability to be surprised by the feelings that Eun Tak triggers in him. Gong Yoo is lovable, heroic and a little bit adorkable in a role that redefined his own stardom.

Gong Yoo and Kim Go Eun have incredible chemistry together, fueling rumors the two are dating in real life. The doll-faced Kim Go Eun instills a never-ending enthusiasm in all instances, thinks the best of others and pushes an outsized sense of doing the right thing to her first lead role. Eun Tak also really, really wants to have a real boyfriend. It’s hard not to fall for her charm. The quirkiness is also what wins audiences to Yoo In na’s side as her role turns out to be much meatier and funnier than expected.

But it is Lee Dong Wook’s turn as the Grim Reaper that clearly stands out. His bromance with Gong Yoo has its own winning kind of chemistry as Grim Reaper moves from a deadpan snarker into an emotional wreck as he finds out who he really is. His shared scenes with Sunny elevate the two from second-lead fodder to essential parts of “Goblin.” In fact, there are parts of the show when the Goblin-Eun Tak romance takes a back seat to the simmering tension between Grim Reaper and Sunny.

And before his legions of fans assume we’ve forgotten him, BtoB heartthrob Yook Sung Jae has a great supporting role as Deok Hwa, the chaebol (progeny of a wealthy Korean clan) who has to help Kim Shin with the everyday living details. He’s one to watch, as well. To be fair, the combination of Gong Yoo, Lee Dong Wook and Yook Sung Jae satisfies any girl’s oppa quota any day.

“Goblin” also boasts something that often goes unnoticed but matters: a topnotch writer. Kim Eun Sook is one of the most sought-after screenwriters in Korea, having written the popular shows “Lovers in Paris,” “Secret Garden,” “The Heirs” and, most recently, the smash hit “Descendants of the Sun.” Kim brings an ear for witty exchanges and dives into the zeitgeist.

The show itself uses a considerably formidable mix of high concepts. It’s a fantasy show with deep roots in Korean folklore, but also a very sleek modern love story with just the right romantic-comedy elements. The well-constructed structure of “Goblin” is a far cry from the straightforward romances and overwrought dramatics of earlier K-dramas. This is why “Goblin” works. It isn’t a cobbled-together bag of bits but is instead an intricate, deliberate mosaic of excellent puzzle pieces.

There is also something to be said about “Goblin’s” visuals in two ways. The show deliberately uses a lot of poetic and dramatic shots purely for atmosphere that result in an almost music-video feel. Every time Kim Shin and Eun Tak step out near the sea. Whenever Kim Shin uses an umbrella. That iconic hero walk Goblin and Grim Reaper set out on in the dark. It’s a very pretty series from a scenic standpoint.

The other visual element that stands out is the fashion. Man, people on “Goblin” are really stylish and fashion forward. In particular, the cast members are champions of outerwear as they walk into scenes with a striking selection of sweaters, turtlenecks, trench coats and jackets. The only greater item of clothing on the show is Eun Tak’s red scarf. It’s an additional thrill to be able to state that this is a preternaturally well-dressed show.

Any self-respecting K-drama needs a good soundtrack, but “Goblin” stamped its class in that department by having what may be the single best soundtrack among contemporary K-dramas. The trick to “Goblin’s” OST isn’t so much that the songs are catchy but that they’re so versatile, also reflecting the many moods incorporated into the show’s twisty plot. From the airy, slightly eerie atmospheric songs such as “Winter is Coming” by Han Suji to bouncy, cheerful pieces like “My Eyes” by 10cm, from downright soapy ballads like Ailee’s “I Will Go To You Like the First Snow” and poppy pieces like “Hush” by Lasse Lindh. The songs just work so well in fitting the moods for the scenes and make a heck of a Spotify playlist. Just don’t forget the two main themes and you’ll be fine: “Round and Round” by HEIZE feat. Han Suji (the opening theme) and “Stay with Me” by Chanyeol and Punch (the closing theme). You’ll be humming them for a while. This is an amazing OST.

The last two years has been undoubtedly the golden era for K-dramas, ranging from the good vibes production of “Weightlifting Fairy Kim Bok Joo,” the metafictional action of “W: Two Worlds,” the time-travel crime of “Tunnel,” the dramatic secrets of “Legend of the Blue Sea,” the long family saga of “The Gentlemen of Wolgyesu Tailor Shop,” the historical storytelling of “Descendants of the Sun,” among many others. Some prospectively great ones have just started, such as the super sci-fi epic “Circle,” the quirky legal drama “Suspicious Partner” (also known as “Love in Trouble”), the energetic “Fight for My Way,” the cryptic “Chicago Typewriter,” or the music industry show “The Best Hit.” Perhaps the most eagerly anticipated drama is the star-studded “The Bride of Habaek,” which finally began airing July 3 on tvN.

ABS-CBN began airing a dubbed “Goblin” in primetime in May, bringing the show to a mainstream Filipino audience who lapped it up. The series just ended last Friday. The witty Taglish translation (kudos to translators Israel Banta, Jo Anne Chua and Aprille Fernandez) truly and madly amplified the kilig aspects of “Goblin,” swapping out some names (Erin for Eun Tak, Derrick for Deok Hwa) with the network hewing three episodes out of each of the originals, which usually ran for an hour. The result was a charming vignette-feel with catchphrases (“Ay, kamote! “Nakakaloka!”) with great voice work (particularly from Elle Genovata as Erin). ABS-CBN also aired two other popular K-dramas, SBS’ “Legend of the Blue Sea,” featuring Lee Min Ho and Jun Ji Hyun and “Love in the Moonlight,” featuring Park Bo Gum and Kim Yoo Jung. ABS-CBN is following those up with the adorable “Weightlifting Fairy Kim Bok Joo,” which starts airing tomorrow, July 10, with “Hwarang: The Poet Warrior Youth,” “Doctor Crush” and “W: Two Worlds” to come later.

For those just getting into the “Goblin” action, Viu is now streaming “Goblin” in its original dub and length with audiences choosing between the earlier English subs and Viu’s own Filipino subs.

Indeed, there’s never been a better time to appreciate K-dramas. If you haven’t been enchanted by “Goblin’s” spell yet, there is no better time than now. There are so many ways to binge-watch and catch up on the show that there’s really no excuse. With all its incredible parts just combining at the right time, “Goblin” is indeed the best Korean drama so far. See for yourself why, and then imagine what they’ll be coming up with next.
You can stream “Goblin” for free with English or Filipino subtitles on the Viu app and on www.viu.com.