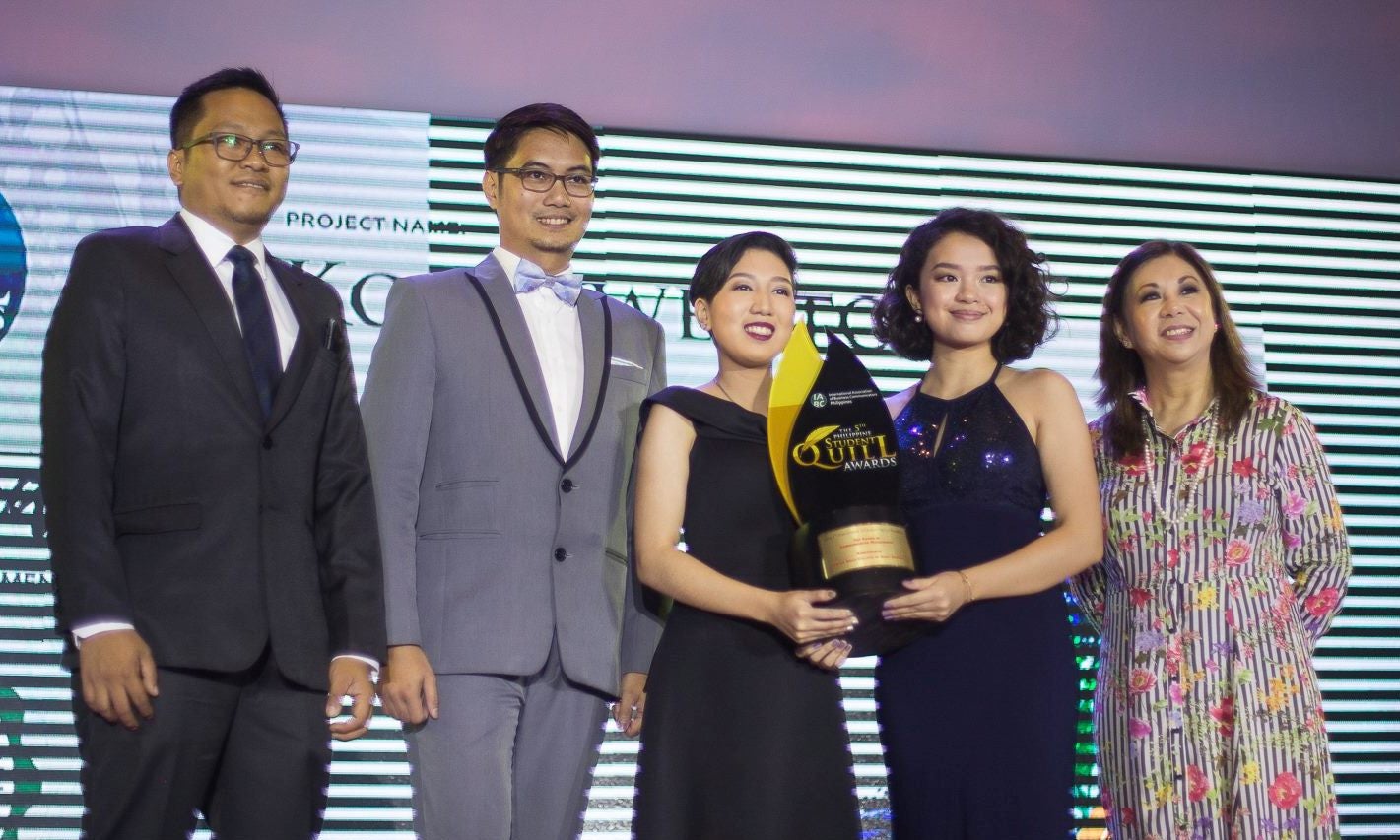 The college brought home the Top Award for Communication Management for Komikwento, a capstone project by Multimedia Arts alumni Gabriela Serrano and Francesca Dimalanta, who both  garnered Awards of Excellence for the entry.

Two Awards of Excellence were given to Benildean Julie Ann Dominguez King for her entry, SGD Coffee, while Laurent Paolo Agas got an Award of Merit for FEPAG: Public Awareness of the Emergency Medical Services.

Of the 239 entries submitted to this year’s Student Quill Awards, only 99 passed rigorous standards. DLS-CSB earned 23 awards for student submissions, and  two other awards were given on the day itself, which netted the school a second-place finish in the School of the Year category.

This is the first time International Association of Business Communicators (IABC) Philippines honored the Top 3 schools that received the most number of Awards of Excellence.
An integral part of the Philippine Quill Awards, the Philippine Student Quill Awards is considered the country’s highest and most comprehensive prize in business communication.

IABC Philippines is the first chapter outside North America of the international IABC, a global network of around 15,500 business communicators in 80 countries. It follows a pointing system set by the International Gold Quill Awards given to top corporations worldwide in handing out prizes.