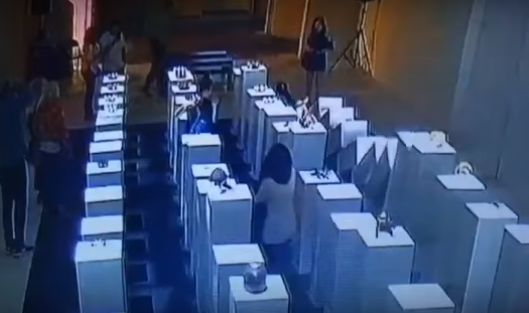 WATCH: Woman ruins $200k worth of art while taking selfie

A woman unintentionally wrecked art pieces worth US$200,000 (P10 million) after she tripped while taking a selfie at an art exhibit.

While trying to take the “picture perfect” shot, the visitor lost her balance and left several crown sculptures, which were placed on pedestals, tumbling in a domino effect at the The 14th Factory in Los Angeles, California.

Footage uploaded on Thursday showed the impact of what happened to the artworks, which were made by Hong Kong-based British artist Simon Birch, a spokesperson told Fox News. Out of 12 sculptures, three were totally dashed into pieces.

“There has been speculation whether this really happened or is a PR stunt. The truth is, the event did happen and it was caught on our security camera,” the spokesperson told the news site.

Amid the damages, The 14th Factory has no plans to sue the woman, who was reportedly a student.  Gianna Francesca Catolico /ra