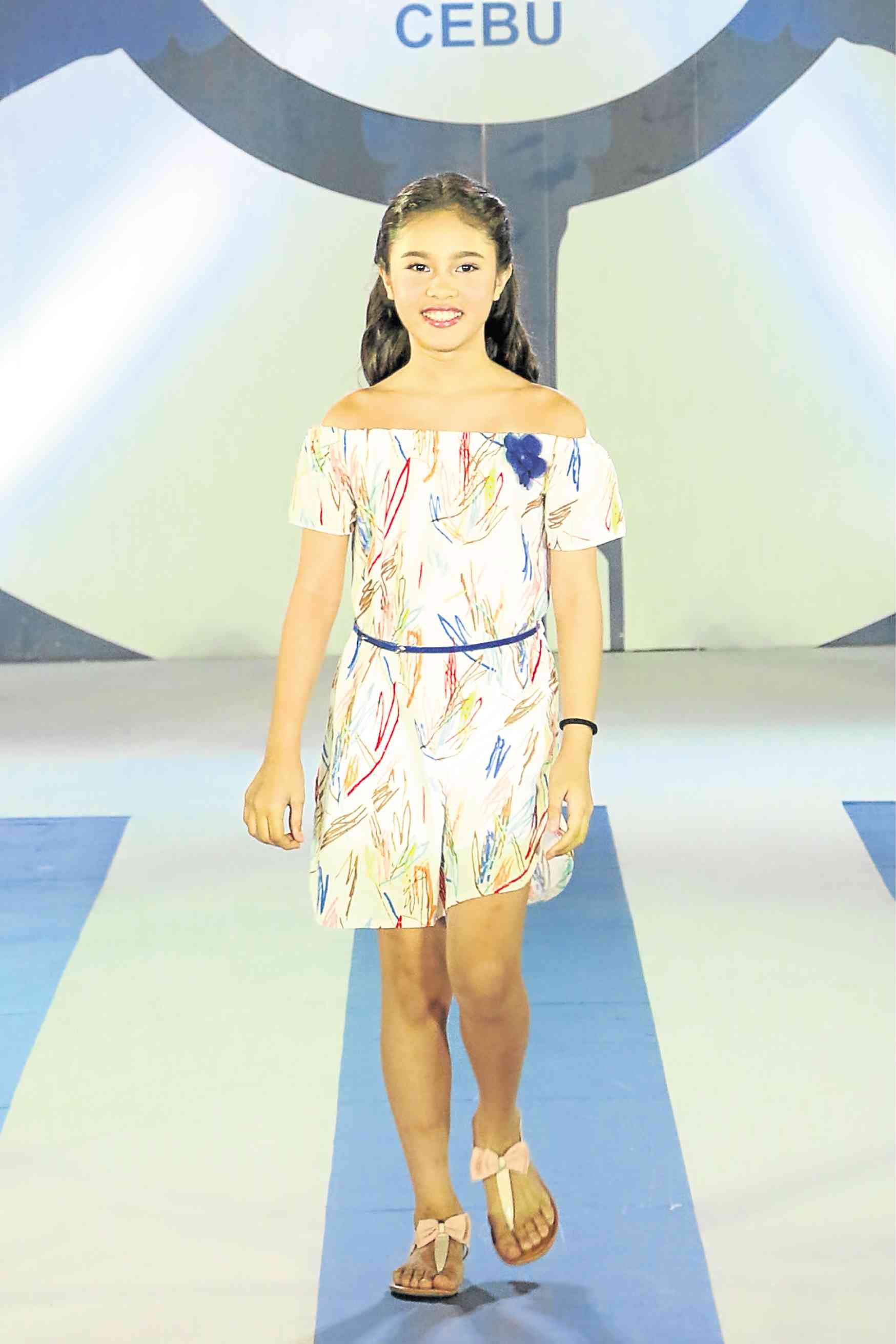 Nothing makes even the most low-key mothers temporarily morph into their stage mom alter-egos other than seeing their kids up onstage, their names in bright lights.

Naturally, Cebu’s doting stage moms came in full force when SM City Cebu put together the first-ever “Glitterati Kids,” the pint-size edition of their annual Glitterati fashion show, which had become some sort of rite of passage for Cebuano teens. As the 2- to 11-year-old mini models strutted their stuff in Forever 21, Great Kids and Osh Kosh apparel, it wasn’t just the moms cheering them on, but stage dads, lolos, lolas, titos, titas and yayas, all making for an adoring audience.

The fashion show, held at The Northwing Atrium of SM City Cebu, was hosted by Y101’s Jiggy Jr. and fittingly cohosted by his 9-year-old protégé, Matthew.

Glitterati Kids opened with Tiny Tots, a section featuring the most adorable 3- to 4-year-olds, including Taino and Judy Tenney’s son, Tristan; Mike and Cristina Sasnovski’s daughter, Lilliana; Mark and Judy Cerezo’s daughter, Brianna, and Dennis and Janet Lee’s son, Zyan. Zyan’s older sister, Zoe, who at nine already looks every inch a runway model, was also in the show.

Chris and Nia Aldeguer of homegrown fashion brand Loalde proudly watched their 4-year-old Sabrina braved the runway on her own, not needing any hand-holding from her older brother Finn, who walked in a later part of the show.

We’re not sure what Nico and Noreen Fernandez promised their daughter Estelle, but whatever it was, it worked because the 4-year-old completely owned the runway with a hand on one hip and a hair flip at the end.

Also looking like a boss on the runway was Thomas Selma, son of Jiggy Selma and Betsy Ngo and nephew of furniture designer Vito Selma. Papa Vito, as Thomas fondly calls him, wasn’t around but Thomas had no shortage of fans, including his yaya Ching, who rehearsed with him for his runway debut, and grandma Evelyn Selma, who had two grandkids to cheer for that day. She was also there for her granddaughter Saige, daughter of Justin and Selina Romualdez, who modeled in the next segment nostalgically dubbed Small Wonder, featuring kids five to seven years old.

The only exception to the age group was 2-year-old Fiona, looking precious in a yellow tutu, walking with her older brother, Harvey, 5. The other 5-year-olds who modeled like pros were Rudy and Wenna Delvallez’s daughter Thia; Angela Rapes’ daughter Zoe, who also credits her yaya Myrna for her modeling skills; Ritchie and Tanya Go’s daughter Vy, whose older brother, 7-year-old Ty, coolly skated down the runway, and Herve and Tess Lampert’s son Dylan, who got pointers from his big sisters, Veia and Maori, who were rooting for him from the audience.

Wrapping up the Small Wonder segment of the show were 7-year-olds Russ Mata, son of John and Snoogie, and Tamara Jarque, looking summer-ready in a straw hat, pink sunnies and a matching pink bag, as her dad Paco and mom Monique proudly looked on.

Finally, Kidding Around featured 8- to 11-year-olds, including Leah Villarica Limbo who had the biggest (if not the loudest) cheering section led by grandma Marget Villarica. For many of these kids, this was not their first rodeo and it showed. There were no signs of nerves when Garrison Rousseau’s son Mather; John and Cynthia Gayatin’s son Yohan, and The Abaca Group’s Jason and Anna Hyatt’s son Jacob took their turn on the ramp. Spanish Honorary Consul Anton Perdices, who watched the show with wife Paz, jokingly referred to his 8-year-old Kalina as his boss, and after seeing her confidence on the ramp, we could totally see why.