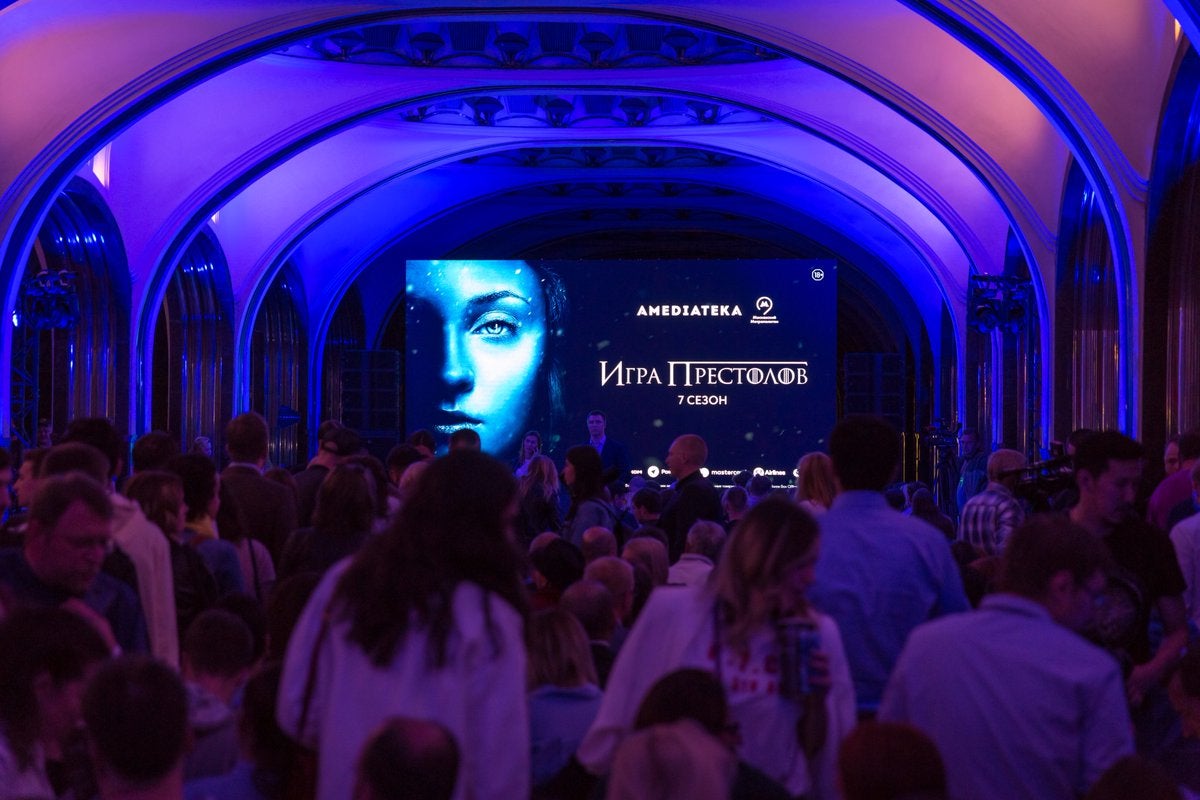 You know that the “Game of Thrones” hype has reached an all new level when a transportation agency holds a viewing party. That was just what happened in Russia for the season seven premiere of the HBO TV series.

Moscow Metro organized the screening event at one of the subway’s busiest stations, the Mayakovskaya station, and the authorities did it to develop a closer relationship with commuters, reports Gizmodo.

“Naturally, we are doing this to be closer to passengers,” Roman Latypov, first deputy head of the Moscow Metro, said in the report. “So that the passengers who constantly use the metro can discover what is interesting to them, and so that they don’t only see the metro as a form of transport, as transportation, but also as a cultural platform.”

The event also included a replica throne that people can take pictures with, staff in costume, and even a violinist playing the “Game of Thrones” theme.

Fittingly, the Mayakovskaya station has a medieval architecture which enhanced the event’s atmosphere. Alfred Bayle/JB

Ed Sheeran sings a folk tune on ‘Game of Thrones’