Autotelic–all for the love of music | Inquirer Lifestyle ❮ ❯ 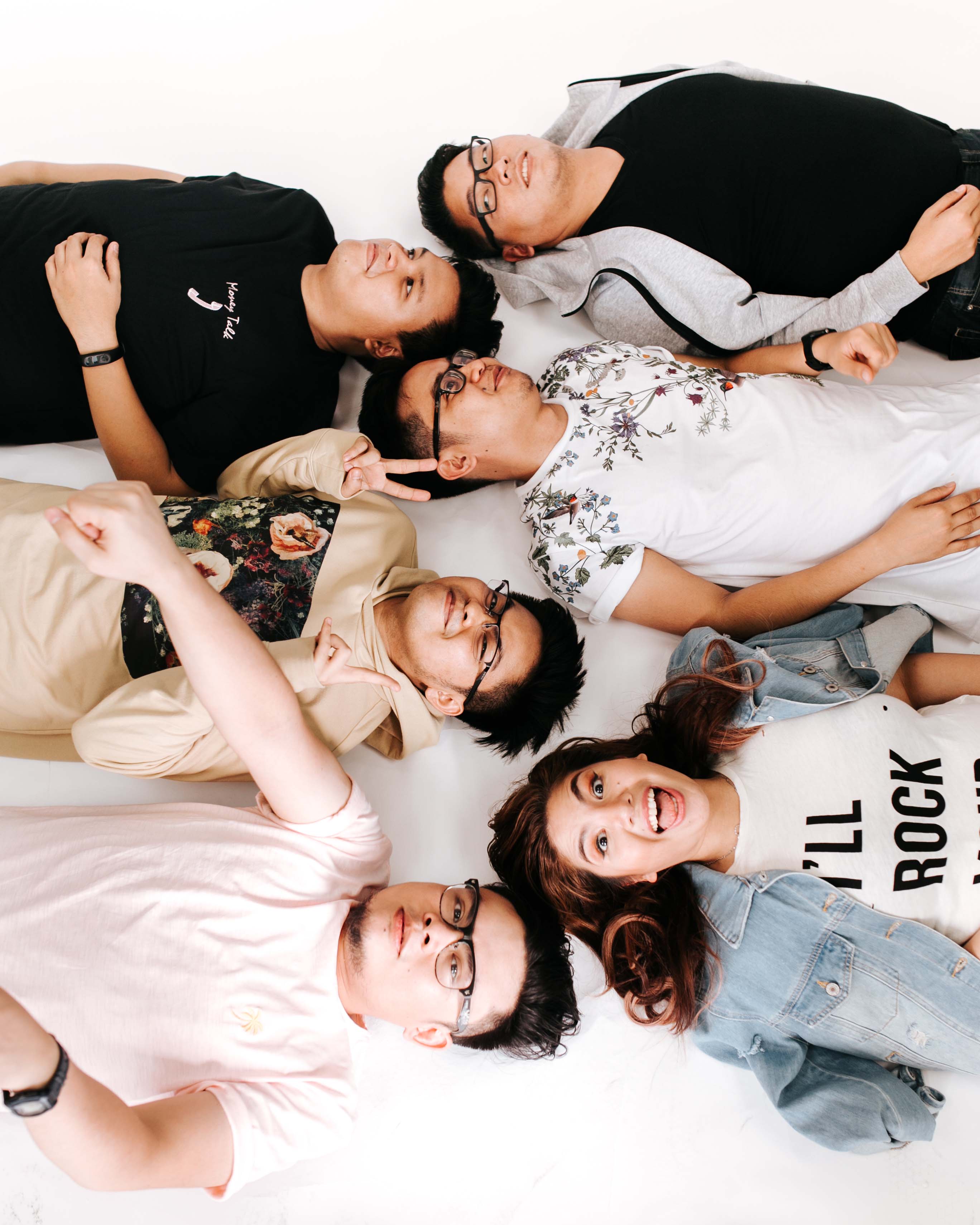 The band has since bagged a record deal with a major label, headlined major shows, and is probably now part of your Spotify playlist.

Autotelic–all for the love of music

What a difference a year makes. Back then, I saw, for the first time, a young band called Autotelic play in a small but crowded venue where everyone was singing along to its songs.

Soon I was watching more Autotelic gigs and getting to know more of its songs.

The band has since bagged a record deal with a major label, headlined major shows, and is probably now part of your Spotify playlist.

To be You sat down with the five guys and the keytar-wielding lady that make up Autotelic: Josh Villena, Neil Tin, Pabs Vargas, EJ Edralin, Gep Macadaeg and Kai Honasan.

How would you describe the past year?
Kai: It was so fast, parang we haven’t had time to let everything sink in.

Josh: Pero, how we work together as a band, same lang siya when we started.

Kai: It’s just we’re together so much.

Kai: Like yesterday, it was our day-off and I saw Josh in the mall, then I was like, “My God, again?” No, but I mean, at the end of the day, this band wouldn’t work if we weren’t friends.

How did you form the band?

How did you come up with the album?

Kai: Before I came in, the band had released an EP. Then we recorded an independent self-titled album around 2014.

We’ve been doing the whole gig circuit thing for a couple of years after releasing the independent album. Eventually we got in touch with Gabby Alipe, who was starting a management group. Then a few months later, we got signed by MCA. By that time we had started recording the album, I mean, no matter what happened, if we were signed or not, we wanted to release a new album.

Midway through the recording, we got signed, so it put a different amount of pressure to create “Papunta Pabalik.” It changed our dynamics as a band, like, this might be a career for us… Combining that with the songwriting dynamic we already have as a band, and our group dynamic and taking it to a different level is what the core of “Papunta Pabalik” is.

Kai: Musically, the influences are future-oriented, but lyrically, Josh is a throwback writer. That’s what makes our music as it is.

What was the inspiration for the album?

Kai: And they seemed like they had a lot of fun, that’s what we wanted to bring back… What we noticed was, people would just let go during our sets, dance and do whatever they wanted to do. So, I think, in the album, we had our influencers in mind, like sina Gary V, what if they played these songs? It would seem like they would also have a lot of fun. It’s just bringing joy to our audience. That was probably our main inspiration.

What do you think made your music popular?

Kai: What I remember from the OPM songs we loved in the ’90s were the anthems like “Pare Ko,” “Ang Huling El Bimbo.” And that’s why we were so adamant to keep the Tagalog songs alive. It’s hard to come across people who still want to write in Tagalog, because everyone wants to be global and compete with Western artists. But if you’re Filipino and you hear a good Tagalog song, iba pa rin yung feeling.

Kai: Our stories (in the songs) aren’t too farfetched, I mean, the story is situational… Situations that happen to all of us. That’s why we give inputs as instrumentalists. This is how we feel it would sound like, these feelings.

What are you working on?

Kai: We’re trying to play as farther away from the city as we can. We want to reach a different audience.

Any advice for aspiring musicians or artists?

Kai: You’ll never know until you do it. I guess Gep is right, best advice we can give is to be fearless, and we all subconsciously are. Because we’re doing something we don’t have a peg for what we’re experiencing right now, so we’re just weighing it, and I think that takes an amount of bravery, you just have to be, like, makapal ang mukha.

Kai: Just assume that, at the end of the day, you’re not the best, so keep your head down.