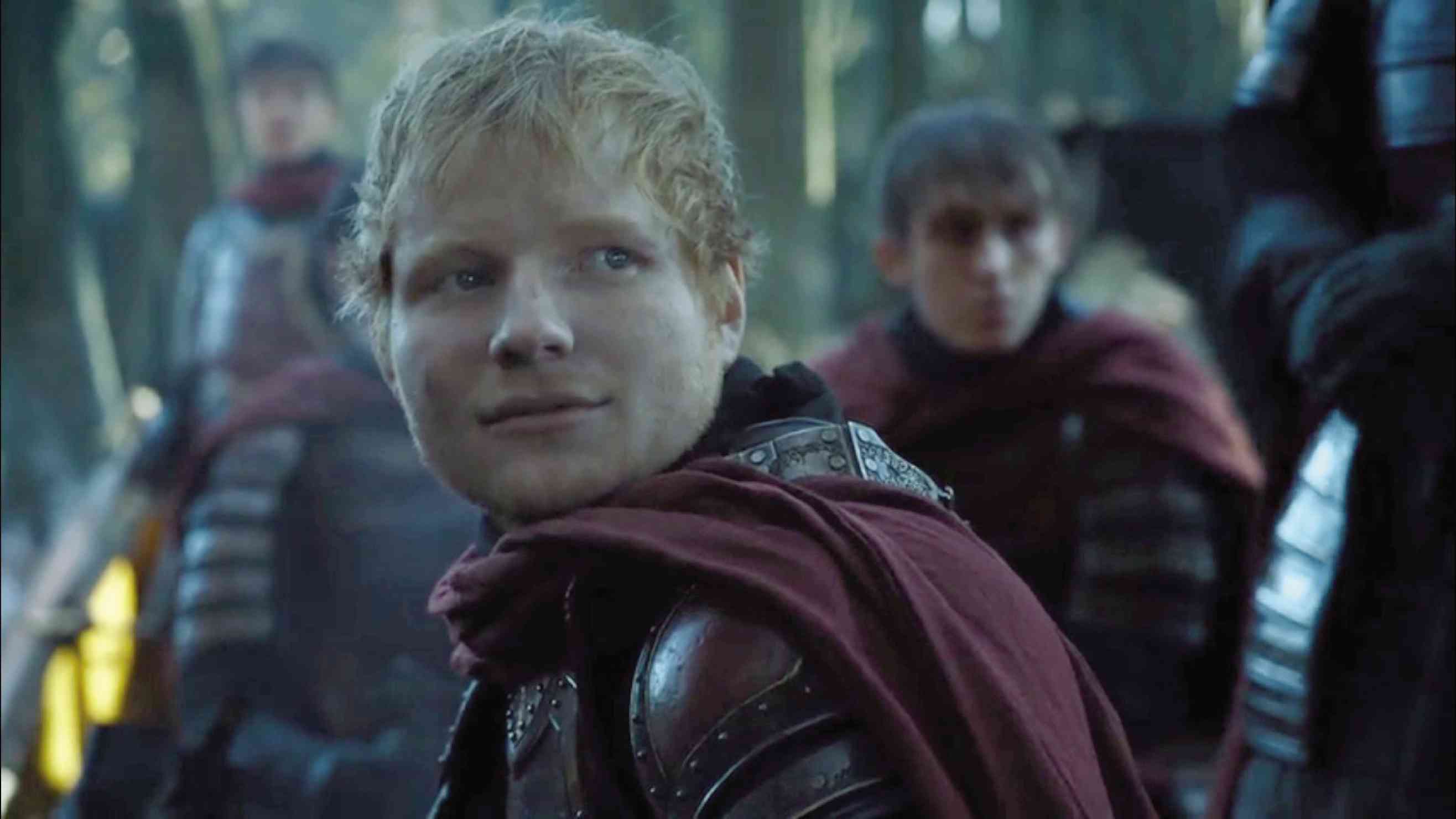 Perhaps no other character on HBO’s “Game of Thrones”—not even the sadistic Joffrey Baratheon or devil incarnate Ramsay Bolton—has inspired as much polarizing sentiment on the show as a lone ginger-haired Lannister soldier, played by global pop star-slash-Taylor Swift bestie Ed Sheeran.

Apparently fans thought that George R.R. Martin’s dragon-filled, White Walker-
infested universe was no place for the “Castle on the Hill” star. (No place in the Seven Kingdoms for House LEGO, then?)

Though Sheeran’s guest appearance was no surprise—
his casting was announced months ago by showrunners David Benioff and D.B. Weiss as a birthday gift to Maisie Williams—it was still jarring to see and hear the megastar donning the Lannister red, sitting across Arya Stark with burnt rabbit and booze in hand.

Love him or hate him, though, Sheeran’s encounter with the murderous, peripatetic Stark is likely far from being a throwaway scene. The starving Lannister soldiers served to highlight Cersei Lannister’s weakening military position in King’s Landing—and could be possible vessels by which Arya carries out her murderous plot against the newly crowned queen.

During the show’s epic opening bloodbath, Arya showed off her new terrifying ability as a Faceless Man to adopt the likeness of any person she murders. After wiping out House Frey, she turns her sights on King’s Landing and Cersei, before stumbling onto the Lannister soldiers—and Ed Sheeran—six new faces which she could very well take on as her own.

Now that’s taking “Shape of You” to a whole new level!