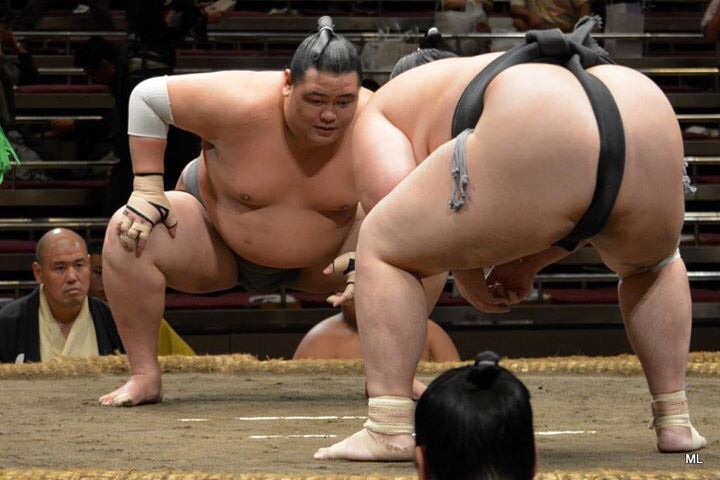 ‘Sinigang’ gets this sumo wrestler going

Kotokuzan, or Jasper Kenneth Arboladura Terai, is half-Japanese and half-Filipino, born in Makati and raised in Santa Rosa, Laguna, by his grandmother, Malod, while his mother, Catherine, worked in Japan.

As a boy, Kenneth watched sumo matches on TV in the Philippines, Catherine said: “He used to tell his grandmother that he would become a sumo wrestler when he grew up.”

He never got to know his biological father. Adopted by his stepfather, Yasunori, he moved to Japan when he was 11.

He did not speak a word of Nihongo but took the plunge into the Japanese school system, where he met a big hurdle: kanji.

“Katakana and hiragana were easy enough,” he said. “But kanji was really difficult. I couldn’t read it. Tatay was right. If I couldn’t read kanji, I wouldn’t be able to get into a good high school.”

Yasunori encouraged Kenneth to enter the world of sumo as an alternative and took him to Arashio Beya. “Just see if you like it,” he told Kenneth.

For two days, Kenneth stayed with the rikishi (wrestlers), watching them practice and observing their daily life. “I decided I wanted to join them. Mababait po kasi sila. (They were so kind.),” he said.

And that’s what he did after finishing junior high school.

At 5’10” and weighing just 90 kilos, he had a lot of bulking up to do. But, Kenneth said, that wasn’t a problem. “Mahilig po talaga ako kumain. (I really love eating.)”

But there is so much more to being a sumo wrestler than enjoying calorie-laden meals. Discipline was the bigger challenge, something his stepfather thought he could benefit from.

“Practice was really hard. I was a lot younger than the other wrestlers. They were around 21, I was just 15,” he said.

Mornings started early with intense practice. The wrestlers then would shower, eat, sleep and clean the stable. “We do everything in the beya … we take care of our food, we clean, we wash our clothes,” Kenneth said.

There were regular checkups too, at least three or four times a year, to make sure they stayed healthy despite the weight gain. 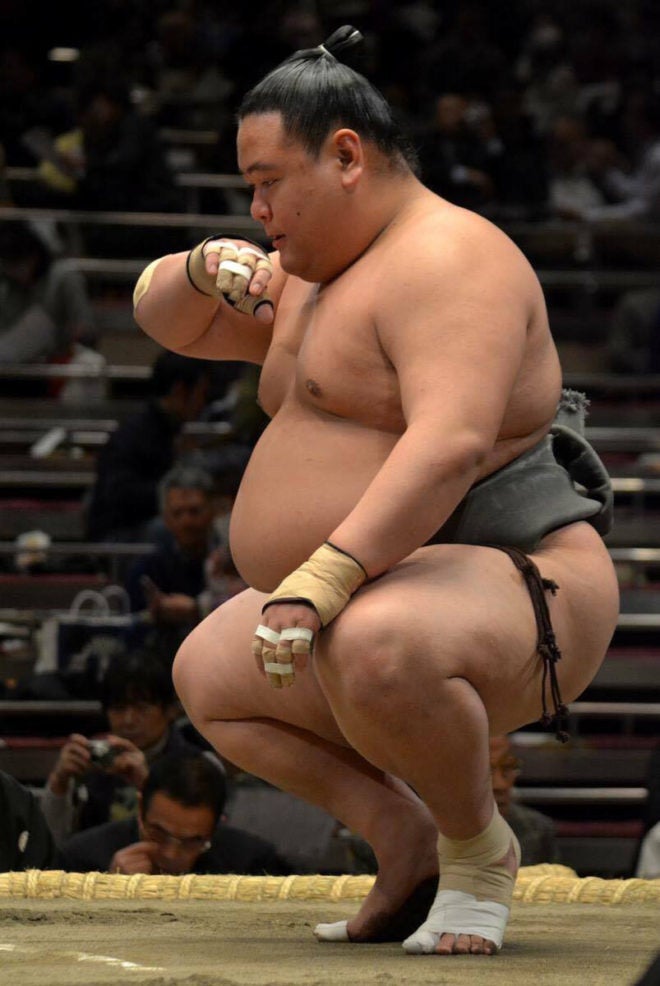 Matches were tough, Kenneth said. “Bugbog sarado talaga. (You really get beaten up.)”

Naturally, his mother was worried. “If it were up to me, I wouldn’t let him. I was afraid but if it will give him a better future…” Catherine said.

She recalled the first time she watched Kenneth’s match. “Super shocked, I was scared. But I’m glad he won that match. He gets in a bad mood when he loses. ”

Guests are welcome to watch the morning practice at the stable and because of that, Kenneth and the other wrestlers get to meet a lot of fans and tourists, who usually ask to take photos with them. “I enjoy it. It’s nice hearing from people who encourage us to do better,” he said. 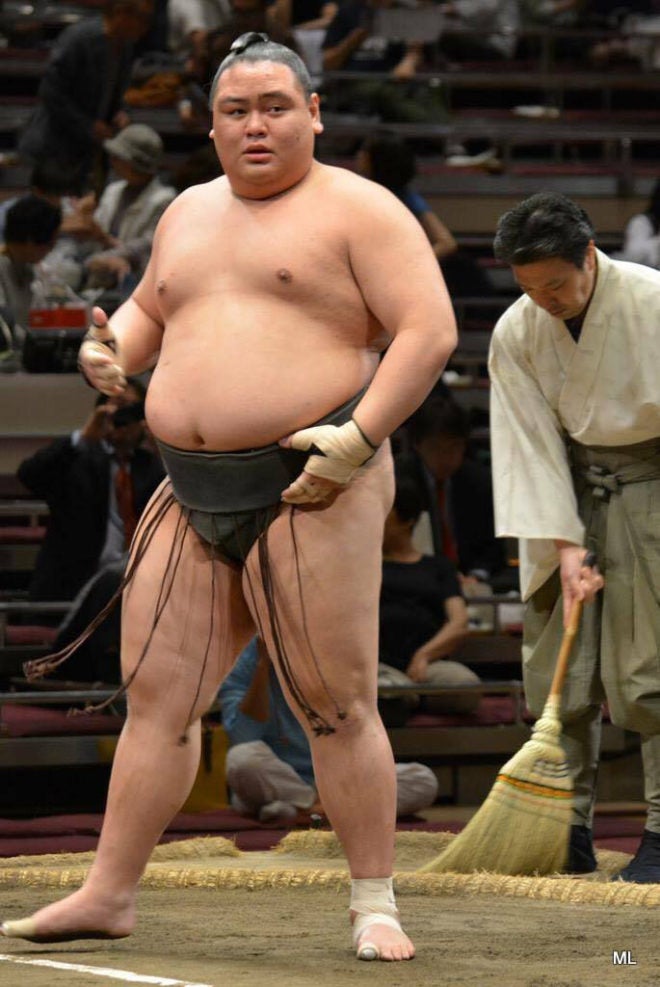 Eight years since he entered the stable, Kenneth, now 23, weighs 156 kilos and is a lot stronger than he was. At his recent tournament in Nagoya, he won six out of his seven matches.

And he may have a secret weapon: his mother’s cooking.

Traditionally, sumo wrestlers eat a lot of chankonabe, a protein-rich Japanese stew served in massive quantities with rice, to help them pack on the pounds. But Kenneth still prefers his mother’s sinigang.

Catherine would cook up a storm before tournaments, making sure Kenneth and the other wrestlers of Arashio have plenty of Filipino food to enjoy. “They really like adobo and nilaga too,” Kenneth said.

Even Sokokurai, the strongest wrestler of Arashio Stable, is a fan of sinigang. “They like it especially in the winter. They say the soup keeps their body warm,” Catherine said.

But for Kenneth, the best thing about being a sumo wrestler has nothing to do with food.

“I am able to help my family in the Philippines,” Kenneth said. “Napapatuwa ko po sila. (I bring them joy.)” 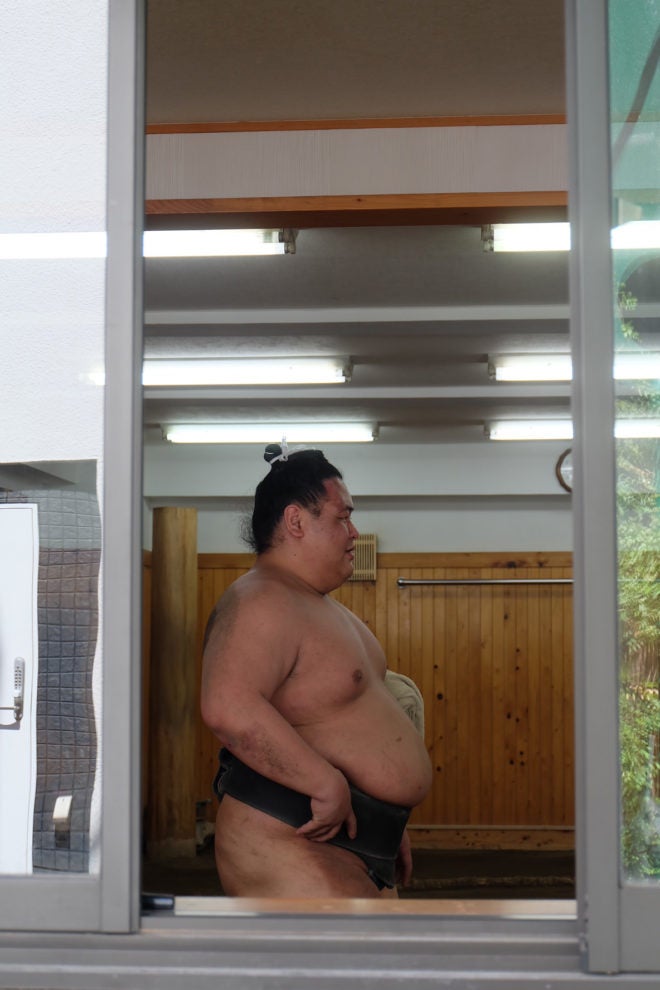 Catherine said, “Kenneth is such a good son. He is a very loving brother to his younger sisters Sakura and Momoka, his cousins, aunts, uncles and most especially his grandma.”

Sumo wrestlers practice and train for tournaments all year round but on the rare week he has off, Kenneth likes going home to Yokohama to spend time with his family and friends.

A sumo wrestler can make a good living, Kenneth said, depending on how good he is.

“Pag malakas ka, malaki din yung kinikita (The stronger you are, the more you can earn),” Kenneth said. Right now, Kenneth holds the rank of makushita, the third highest division in the complex ranking system of the sumo world. He is determined to move up the ranks.

The sekitori, or wrestlers in the top two professional divisions, are quite fond of Kenneth, Catherine said. “He’s a very good boy, very respectful.”

Kenneth’s oyakata, who trains him, thinks his student will get even stronger.

“He may not have started training as early as those who were born here but he just needs to keep practicing,” Catherine said. “I hope he becomes as successful as Takayasu and Mitakeumi. Their mothers are Filipino, too.”