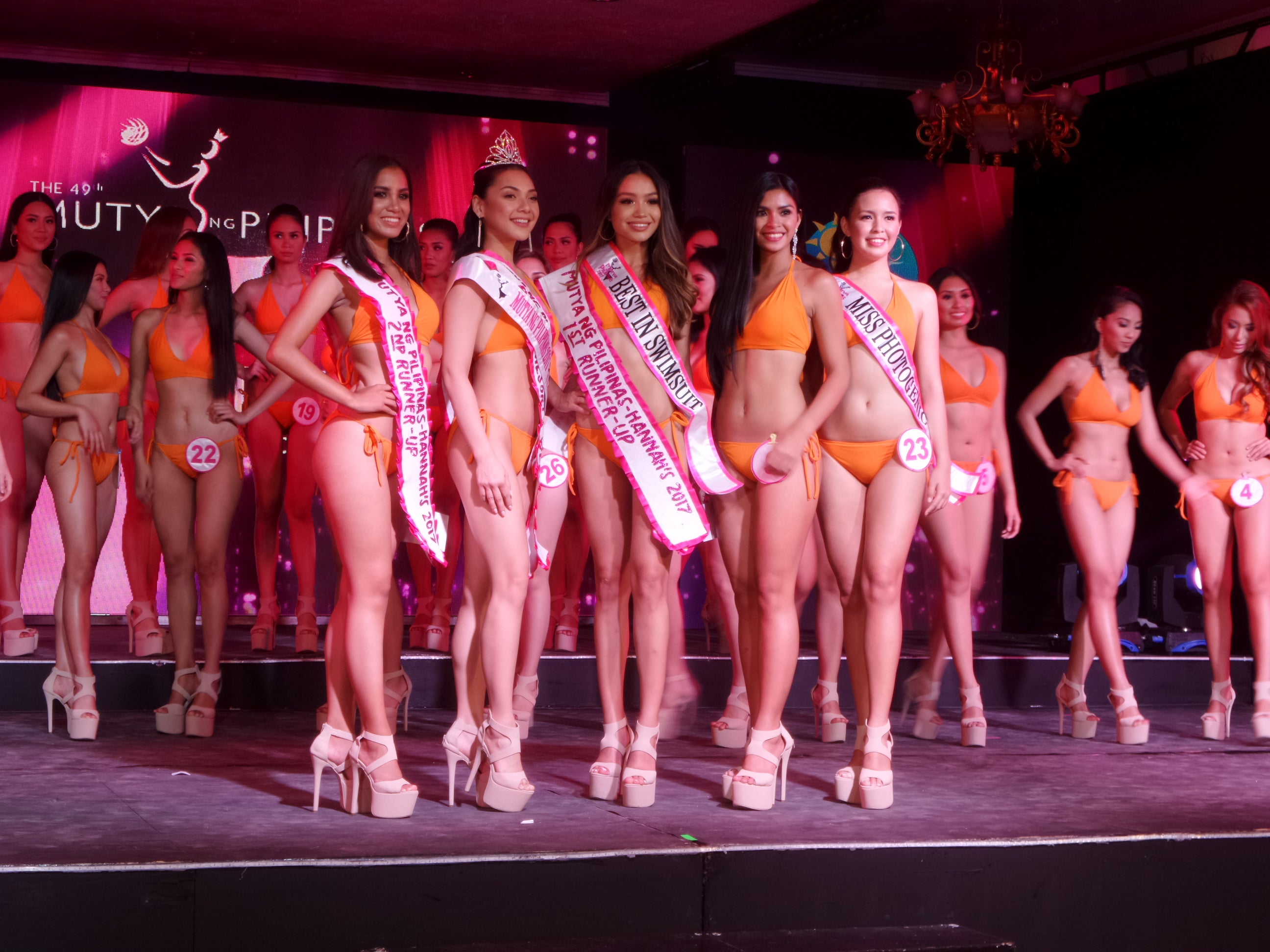 PAGUDPUD, ILOCOS NORTE–A Filipino-American model romped away with one of the most important preliminary awards in this year’s Mutya ng Pilipinas pageant.

Mutya ng Hawaii Savannah Mari Gankiewicz received the Best in Swimsuit title during the swimsuit competition staged at Hannah’s Beach Resort and Convention Center in Pagudpud, Ilocos Norte, on July 22, besting 29 other aspirants from around the country and from different overseas Filipino communities.

She also placed second in the race for “Mutya ng Pilipinas-Hannah’s” which was won by Mutya ng Navotas Jannie Loudette Alipo-on, the other big winner of the night.

Alipo-on, a returning candidate, also received the Best in Resort Wear award, and placed second in the swimsuit contest.

“These awards add pressure. I just want to give my best until the coronation night,” the 25-year-old broadcast journalist told the Inquirer at the sidelines of the ceremonies.

Gankiewicz, for her part, said, “I wasn’t expecting this, honestly. But it gave me a lot of confidence.”

The queens will represent the Philippines in various global tilts.

The coronation ceremonies will be staged at the Newport Performing Arts Theater of Resorts World Manila in Pasay City on Aug. 4, and will be telecast by ABS-CBN on Aug. 6 before “ASAP.”

The Philippine Daily Inquirer is a media partner of this year’s pageant.