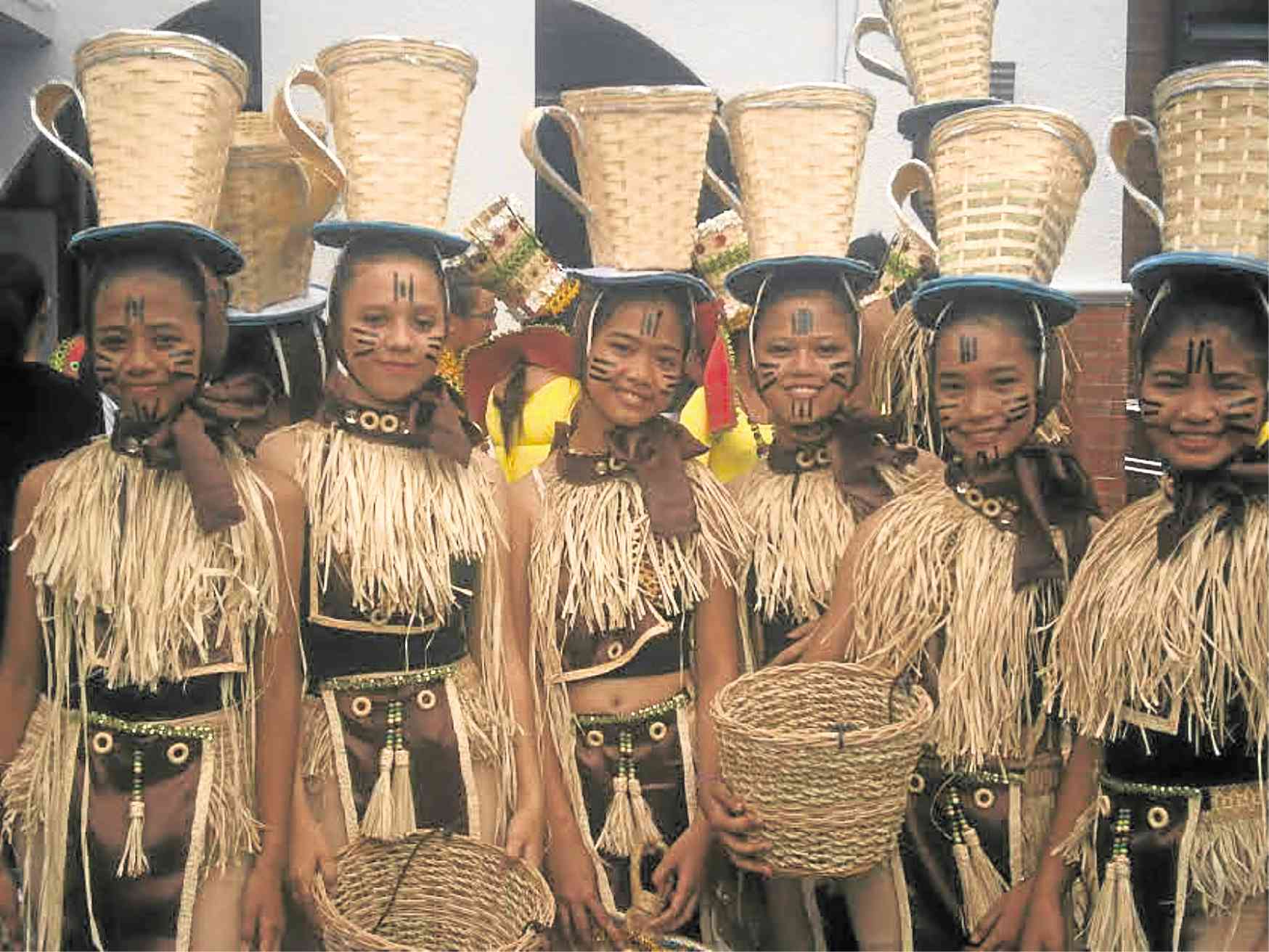 Dancers, dressed in brown jute and green leaves, are all set to compete in the Pahimis Coffee Festival in the town of Amadeo. —AMADIS MA. GUERRERO

The parish church of Amadeo, Cavite, a town which lies close to Tagaytay City, is built in the late 19th-century style and is dedicated to St. Mary Magdalene: It has an impressive retablo (altar backdrop).

A 1984 plaque of the National Historical Institute notes that the church, constructed in 1889, was used by the Japanese as a prison for guerillas in World War II. Nineteen unknown heroes were killed there.

This disregard for what we today call human rights is echoed in the streamer in front of the conventhouse: Huwag Kang Papatay! (Thou Shall Not Kill).

Amadeo was boldly proclaimed by former president Gloria Macapagal Arroyo in 2002 as the “Coffee Capital of the Philippines” (Batangas might have something to say to that), coffee being the main product of the town.

Led by Mayor Albert Ambagan Sr., the town recently celebrated its Pahimis (Thanksgiving) Coffee Festival, with costumed dancers going around the town at 6 a.m. to announce the final day of the three-day fest.

Coffee colors dominated, with brown jute sacks, beige, green leaves, headgear with a sequin of multiple colors, baskets, fans and heart-shape accessories. The dancers later milled around the Municipal Mall, a gaggle of coffee-theme costumes and youthful faces, male as well as female, all waiting for their turn at the lively competition going on inside the gym.

There was on-the-spot painting activity in a nearby building.

Equally interesting were the booths which displayed products (including free coffee) from coffee makers and other producers from Amadeo and other places outside the province.

Hmm, tastes good. But not too much, as it might go to your head.—CONTRIBUTED